Two Bodybuilders Tried To Complete The Marine Corps Fitness Test, It Did Not Go Well For Them 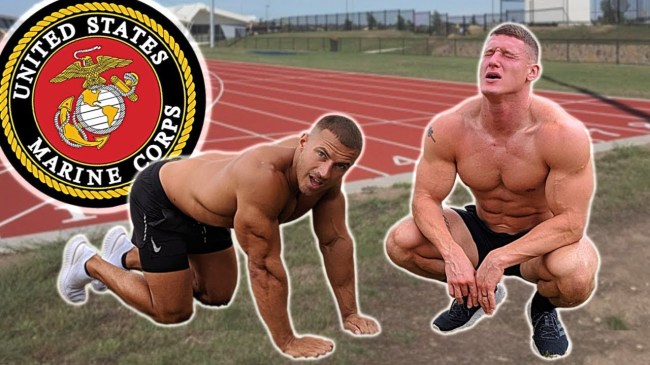 Earlier this month, bodybuilder and YouTuber MattDoesFitness and his bro Mike Thurston decided that after learning about Ryan Sowder’s near-perfect score on the Army Combat Fitness Test, they would take a shot at the US Army Physical Fitness Test.

Let’s just say they struggled, espcially Mike who failed the sit-ups portion of the test. 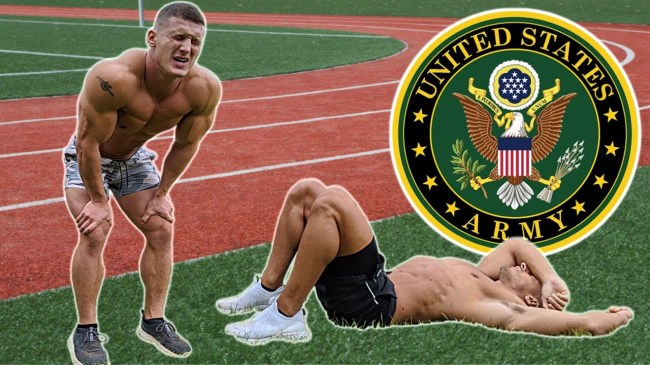 No shame in that, of course. It’s really freaking hard.

Related: A Bodybuilding Bro Comically Tried A Victoria’s Secret Model Diet And Workout For A Day

Take a wild guess what happened…

Should have seen that coming.

As a result, Matt and Mike try, once again, to see if they’ve got what it takes to make it in the United States Armed Forces.

The Marine Corps Physical Fitness Test is slightly different than the Army’s. It involves doing the maximum amount of pull-ups (no time limit, can’t let go of the bar), maximum amount of crunches in two minutes, and finally, a three-mile run – a mile longer than the US Army test. This last challenge has them a little concerned.

Before they began, the boys lamented the fact that Mike failed the US Army Physical Fitness Test. “Fail this one, I might as well just quit fitness,” Mike proclaimed.

As it turns out, they crushed the pull-ups portion, and since they are doing crunches instead of sit-ups this time, Mike’s chances of passing this time are a little better. But did he? 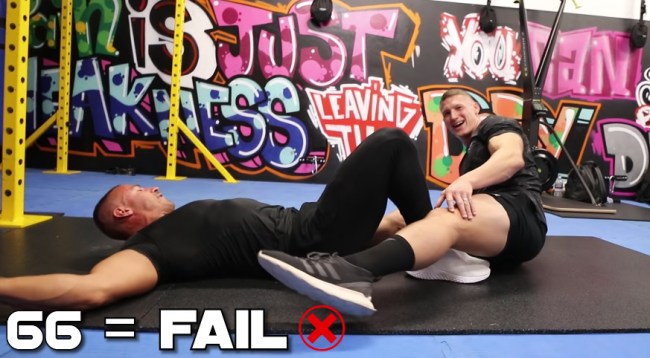 He did better on the running portion, but neither of them came even close to getting a “perfect” score.

Think you could do it? Take a look and let us know.

Also, Matt says if this video gets 40,000 likes they will do another physical fitness test of the viewers’ choice, so you know what to do.