Sick Of Your Sports Drink? This Guy Swears Drinking His Own Urine Gives Him Way More Energy 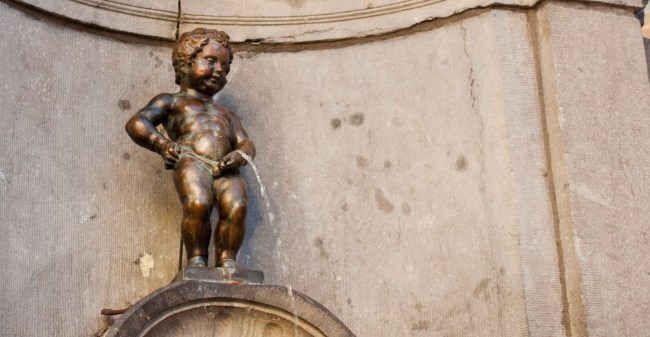 A man from Sheffield, England named Fabian Farquharson has been drinking his own urine for three years now and swears it gives him loads of energy. Seriously. Feel free to initiate your gag reflex at any point while reading this story. I know I already did.

What would ever possess a human being to think that knocking back a pint of his own pee every day would be a great idea?

“I’d been researching alternative medicines when I read about drinking aged urine. I’ve always been open-minded about that sort of thing, so I decided to give it a go and drink it fresh.

“It tasted a bit like a bitter ale initially, it was quite strong but not a terrible taste and I had no problem finishing the glass.

“It was about half an hour later that I started to feel amazing, I was absolutely bursting with energy. Now I’d never go a day without it and would recommend it to anyone.”

Fabian said that his friends and family “weren’t that surprised” – because he has always been a bit off the wall in his approach to health.

Describing the taste, Fabian said: “It was comparable to the taste of bitter ale initially and it felt a bit like the first time I tried beer.”

How I picture Fabian starting his day…

He says that about 30 minutes after chugging the first dose of his own urine he started to feel the effects. (One can only imagine.)

“I had a spring in my step and felt so energized – I went home that day and cleaned my whole house,” he said. “As I continued, I noticed an increase in my mental capacity. I felt smarter somehow, able to concentrate more and my overall well-being was better in general.”

Yeeeahh… I don’t really want to feel that energized so that’ll be a hard pass for me.

Farquharson certainly does look happy though. I’ll give him that.

Fabian Farquharson, 37, has been gulping down his own fresh and month-old urine for three years, after reading about the purported health benefits online.
__________________________________
Can you believe Fabian starts his morning everyday with a pint of fresh urine pic.twitter.com/yovaiIcbu7