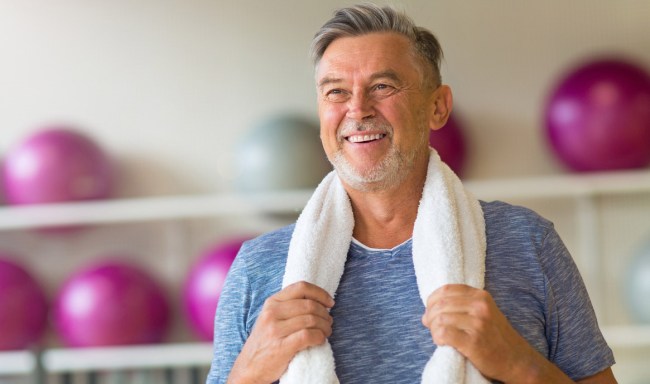 According to a statistical analysis published in Science, there might be no limit to human longevity, meaning that hypothetically, certain people could actually live forever at some point in the future.

That’s right. The future might see some modern day Methuselahs bumping around the planet. That’s a good thing, right? Hmmm…

While it’s not news that the older we get, the higher our chances are of dying, this new analysis of nearly 4,000 “super-elderly” people in Italy, all aged 105 and older, found that the risk of death levels off after age 105, creating what they call a “mortality plateau,” reports Scientific American.

“If there is a mortality plateau, then there is no limit to human longevity,” says Jean-Marie Robine, a demographer at the French Institute of Health and Medical Research in Montpellier, who was not involved in the study.

That would mean that someone like Chiyo Miyako, the Japanese great-great-great-grandmother who, at 117, is the world’s oldest known person, could live for years to come — or even forever, at least hypothetically.

If true, we will have a whole new issue related to the Earth’s overpopulation to have to deal with in the future.

The world is home to around 500,000 people aged 100 and up — a number that’s predicted to nearly double with each coming decade. Even if the risk of late-life mortality remains constant at 50:50, the swelling global membership in the 100-plus club should translate into a creep upwards in the oldest person alive by about one year per decade, says Joop de Beer, a longevity researcher at the Netherlands Interdisciplinary Demographic Institute in The Hague.

Not everyone is buying what these researchers are selling, however.

“You run into basic limitations imposed by body design,” says Jay Olshansky, a bio-demographer at the University of Illinois at Chicago, noting that cells that do not replicate, such as neurons, will continue to wither and die as a person ages, placing upper boundaries on humans’ natural lifespan.

I guess the only way we will know for sure about this issue is to, well, live long enough to find out.