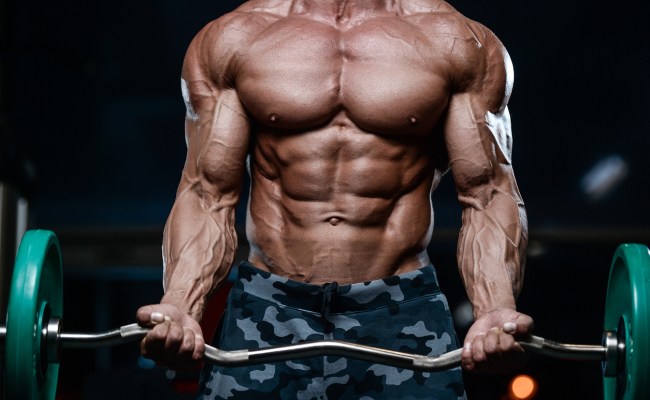 For reasons I’ve never totally understood, society seems to be absolutely obsessed with height, a lesson I’ve learned on a practically daily basis as someone who is frequently described as “freakishly tall.”

Whenever I go out in public, it’s virtually guaranteed that someone will stop me on the street to inquire about my height and it’s rare to go out at night without at least one drunk person coming up to me to ask to take a picture with them.

People frequently ask me what it’s like to be as tall as I am and the honest answer is that it feels pretty damn normal; as far as I’m concerned, the rest of the population is just really short.

However, every once in a while, I encounter one of my kind in public and think to myself “Shit, that guy is really tall” before realizing that’s what virtually every person who passes by me in the street thinks to themselves when they see me.

A few months ago, I got the chance to chat with the 6′ 9″ Hafthór Björnsson—who you probably know better as The Mountain from Game of Thrones—and he’s probably one of the only people I’ve ever met who managed to make me feel small.

However, he has nothing on Olivier Richters.

Richters is a 7’2″ Dutchman whose claim to fame is being the tallest bodybuilder in the world and he recently popped up on my radar after appearing on Good Morning Britain to discuss what it’s like to be one of the most massive dudes on the planet.

Richters started lifting back in 2008 after he was injured playing basketball (which is the same reason Bjornsson started pumping iron) and it’s safe to say he’s come a long way since then.

My transformation so far 2009 – 2016 , 80kg/176lbs – 150kg/331lbs! I started training legs due to a knee injury with basketball when I weighted 80kg (2008) . I gained 10kg that year by eating consistently 3 meals and the knee injury trainings. Unfortuantly I have no photo when I was 80kg. In 2009 I picked up weight training to gain muscles because I wanted to be more in proportion. Being 2.18meter tall with that little weight doesn't make you happy when you look in the mirror. In 2011 I could not progress anymore due to my Pectus Excavatum. During exercises my muscles could continue in reps, but my breath could not. This is a condition where your sternum is deeper in your body than it should be. Scans showed that my hearts' size was decreased with 20% in and explained why I was always out of breath. The nussbar procedure of professor Hans Pilegaard was an immense recovery of 8 broken ribs, total of 5 month revalidation. In 2012 I was fully recovered and I got the weight back that I lost due to the surgery. When you zoom in at the photo you can see the chest difference of the surgery! In 2013 I felt unstoppable with a heart that got 20% more power/volume. I could train without getting out of breath, walking stairs without needing to stop etc. This was also the first year I followed strict diet. On top of that I started the company MuscleMeat.nl which made this diet easy to follow due to prepping. Food became my #1 subject: for work (MuscleMeat.nl) and to progress in bodybuilding. In 2014 I noticed that my physique had something special. The more I got in proportion with my length and size, the more interest people showed. Think of people asking to get a picture, but also commercials and tv soaps. The positivity that people gave me motivated me a lot to continue this sport. Look for instance at the FIBO2016 video on my Instagram page. In 2015-2016: two absolutely crazy years. Working 10 hours a day on MuscleMeat.nl, Muscle Meat kept growing and growing, late night gym trainings and standing up in the middle of the night for an extra meal, my food intake has never been this much, got a girlfriend, bought a house, bought a car and so much more happened.

The bodybuilder has developed quite a following on Instagram, where he racks up the likes by posting pictures like these.

That moment when you pay for extra space, but it is not enough 😅. Not sure someone can sit next to me. Bodypower was awesome, thank you all for standing in line for a photo! Feels like a honor to have so many fans 💪. Made a lot of pictures, for instance with the strongest man of the world Thor. Will post them all upcoming week! Flying to Amsterdam now. Photo credit: @silverfox_fitness #klmcityhopper #thedutchgiant

C’mon dude. Save some for the rest of us.