These Are Ronda Rousey’s Typical Breakfast, Lunch And Dinner Meals, And I Would Not Be Satisfied 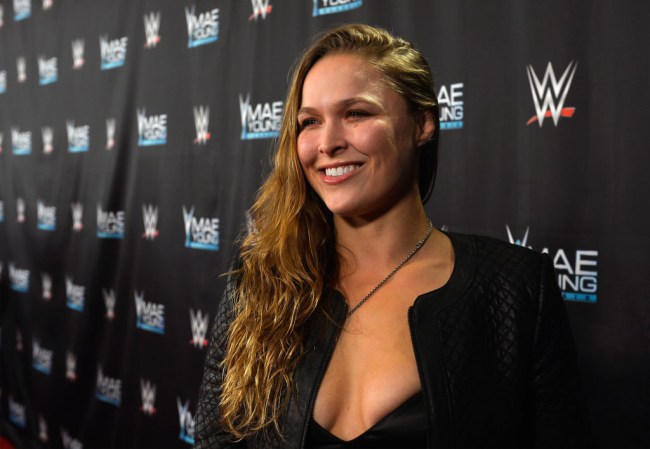 Ronda Rousey’s  impressive WrestleMania debut last night won the respect of many wrestling fans. The 31-year-old’s transition from UFC to fiction fighting is proving to be a promising career change. And although Rowdy Ronda will likely never fight professionally in the octagon again, the UFC legend is still subscribing to a strict dieting regiment.

Over the years, Rousey has incorporated various diets into high-intensity training lifestyle. She has long been a supporter of the Warrior Diet, a nutrition and exercise plan that consists of spending the majority of one’s day fasting or under eating and then hawking down a large meal at night. The diet was created by a soldier of the Israeli Special Forces who gained inspiration from the warrior societies of Sparta and Rome, whose soldiers would spend the entire day hunting, gathering or fighting (thus not eating), and at night would pig out on meats and vegetables. The diet is believed to lead to weight loss and increased energy.

Rousey has also subscribed to the Dolce Diet, a meal plan put together by her nutritionist, Mike Dolce. The plan marries a meal plan and custom workout routine that promises you’ll lose up to 21 pounds in 21 days.

Business Insider obtained the typical breakfast, lunch and dinner consumed by the former UFC Women’s Bantamweight Champion. It looks much different than mine, a skinny-fat man.

Here is her daily consumption:

Rousey starts her day with a coffee, finished with grass-fed butter, raw coconut oil, stevia, and cinnamon. She says that, regardless of what her nutritionists and trainers say, it is “the only thing” she cannot “fudge on.”

Breakfast is Rousey’s favorite meal of the day, because it’s the biggest.

“I wake up, make myself this Ezekiel wrap with almond butter, honey, and banana… and then go right back to sleep,” she says.

Now if you’ll excuse me, I need to finish these flaming hot Cheeto’s and ice cold Dr. Pepper.