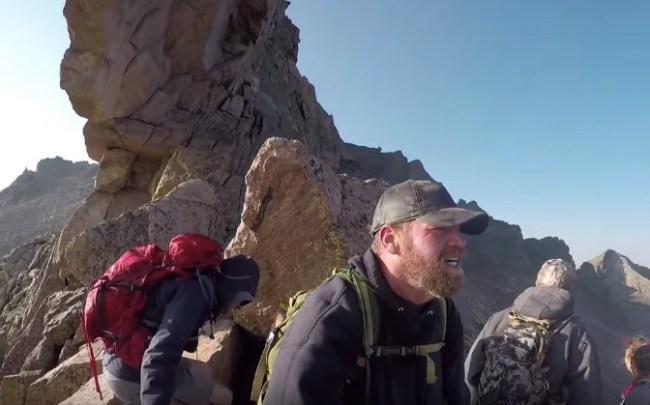 Are you ready to get inspired? New year, new you and all that? This clip will help you take those first steps in getting off the couch and shedding those pounds.

I’ve recently lost 20+ pounds in the past 2.5 months by making some diet changes and hitting cardio hard six days a week but that’s absolutely nothing compared to this dude from Colorado who lost an astounding 130-pounds in 6 months. It was all part of his attempt to hike Colorado’s Longs Peak, a 14,259-foot ‘fourteener’ in the Rocky Mountain National Park.

Keith Holt uploaded this YouTube video that starts a little slow but picks up really quickly and shows him literally burning off the weight. He goes from 407 pounds to 277 pounds in six months during his journey to hike up Longs Peak. Buckle in and prepare to get motivated because his attitude at weight loss is straight-up infectious.

This video has me feeling all sorts of things. For starters, I’m annoyed that I’m in Florida right now and it’s flat as all hell here. I couldn’t climb a mountain today if I wanted to without getting on a plane first. It would take me at least 8 hours to drive to the nearest semblance of a mountain, maybe longer.

I stumbled onto this clip above via Reddit after watching a Joe Rogan clip that’s gone viral. In that clip, he talks about the Cosmopolitan magazine cover that features Tess Holiday, an overweight model. If you haven’t seen Joe Rogan’s response to that yet you can watch it here on YouTube. The comments about Joe Rogan’s response are definitely worth a read as well.