#tequila
BroBible may earn a commission if you buy a product or service via links in this article.
by Cass AndersonJuly 24, 2019 9:05 am 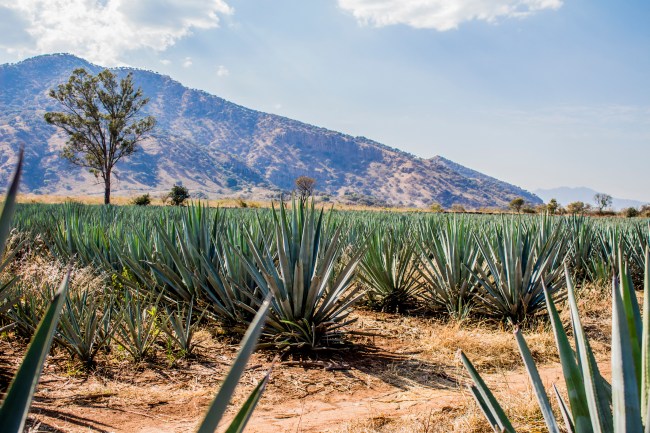 Today is International Tequila Day. Normally, I’m a bit of a complainer when it comes to everything on the planet having a special day to celebrate it from Ice Cream to Peanut Butter, but I truly love tequila and I’ll look for any reason to sip on some fine agave.

I’ve pulled together a handful of my favorite tequilas from the past few weeks/months/years for you gentlemen to choose from. Some of these tequilas are meant for sipping neat, some on the rocks, and others are perfect for mixing into cocktails.

I’m a firm believer that one thing ALL of these tequilas have in common is they are best tasted with fresh lime on hand. Whether that fresh lime is squeezed into your cocktail or rubbed around the rim of your glass, the freshly squeezed lime can help open up your tastebuds while tasting and unlock the deep flavors of these fine tequilas….Or you can just rip some tequila shots, whatever floats your boat. Don’t let my need to drink something a certain style get in the way of you drinking like a champ.

I’ve included links to the various Tequila distillery websites below each description. None of those links are affiliate links and I’m not getting paid for this article/it’s not sponsored, I just wanted to spread the love for International Tequila Day. Now let’s dive into it. 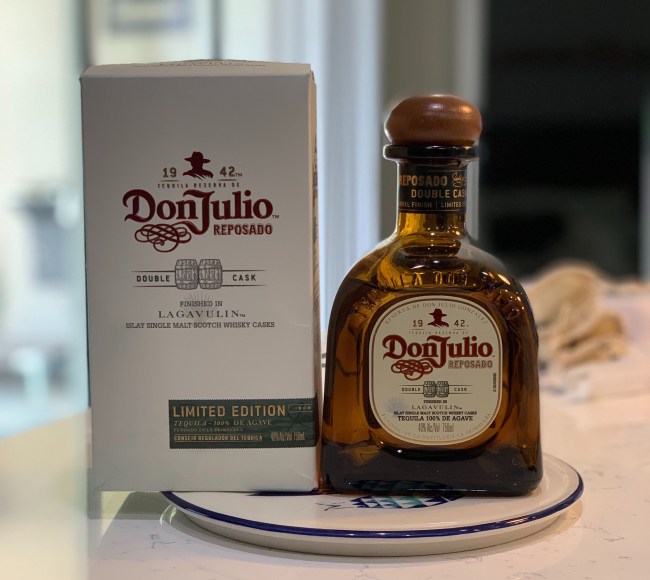 The process from start to finish is pretty wild. The signature Blue Agave is harvested and slow cooed in masonry ovens for 75 hours, milled, fermented using an agave yeast strain, double-distilled, masterfully blended, and then aged for 8 months in American white oak barrels. After 8 months the double-distilled reposado is then finished for two weeks in casks which previously held Lagavulin Islay Single Malt Scotch Whisky and the end result is a bolder, smokier taste to the tequila.

I don’t want to compare the smokiness to a Mezcal because it’s much more complex but it’s where my mind is going right now. On the nose, you’ll find spiced orange and vanilla with a smooth tasted. I sampled it last night both neat and then a second pour over ice, it was delicious both ways. You can hit that ‘shop now’ button below to visit Don Julio’s website and check out this newly-released Double Cask while supplies last ($64.99 MSRP). 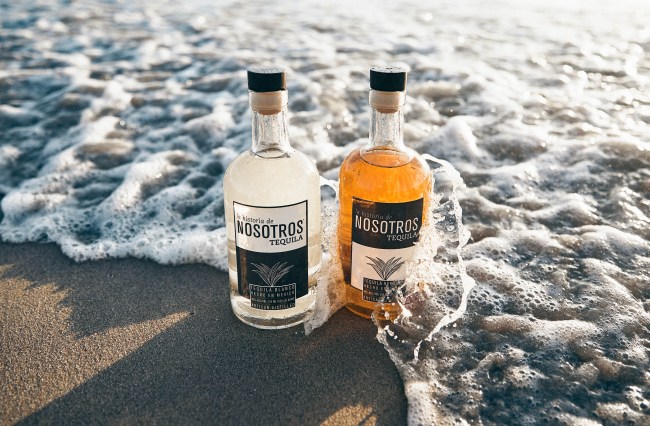 This award-winning tequila should be on every ‘must-try list’ of tequilas ever written. The Blanco from Nosotros Tequila won the overall ‘Best Tasting Tequila’ and Double Gold Awards at the prestigious San Francisco World Spirits Competition.

This 100% agave tequila is sweet and citrusy upfront but the flavors become more complex as you sip on it and the temperatures change + the tequila has time to get some air. I’d definitely recommend picking up this bottle ASAP. 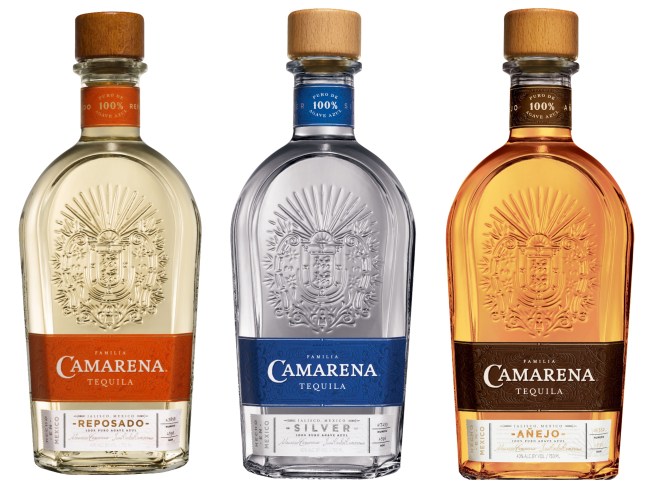 Camarena Tequila has built a pretty stellar reputation by becoming one of the most awarded tequilas in the world. All three expressions (Silver, Añejo, Reposado) are made from 100% blue weber agave in the Arandas Highlands of Jalisco, Mexico.

The Añejo has layered flavors of toasted oak and vanilla which come out after this expression is aged/finished in repurposed Bourbon barrels for a year. The Añejo is an absolute steal at only $29.99 but don’t sleep on the Silver for $22 because it’s one of the most awarded Silver tequilas on the planet, absolutely dominated the spirits competition two years back. 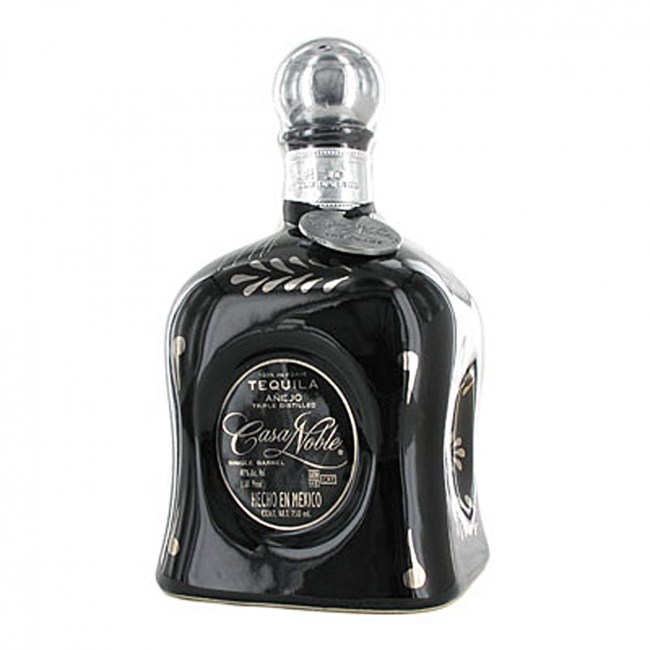 If you came here looking for something special then look no further than this. This tequila is bottled straight from *one* barrel just as it had been for generations and generations before the tequila industry was commercialized. This is a Double Gold winner at the prestigious San Francisco World Spirits Competition and has one of the most complex flavors that you’ll find in any tequila ever bottled. For around $50 to $100/bottle this is a steal. 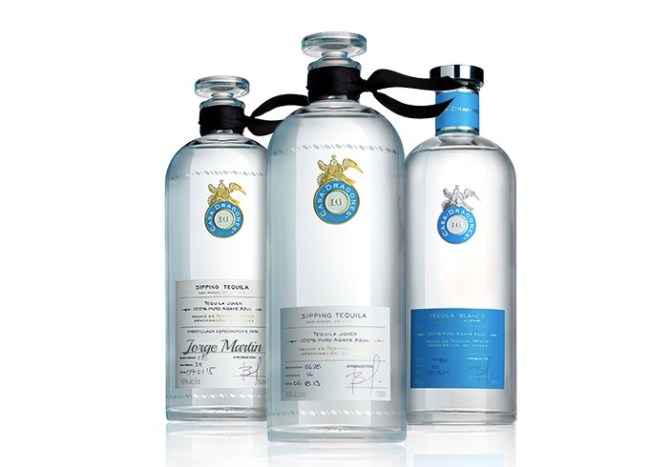 If you’re into spending more than $200 on a tequila (~$250/bottle) then this is where you should spend your money. 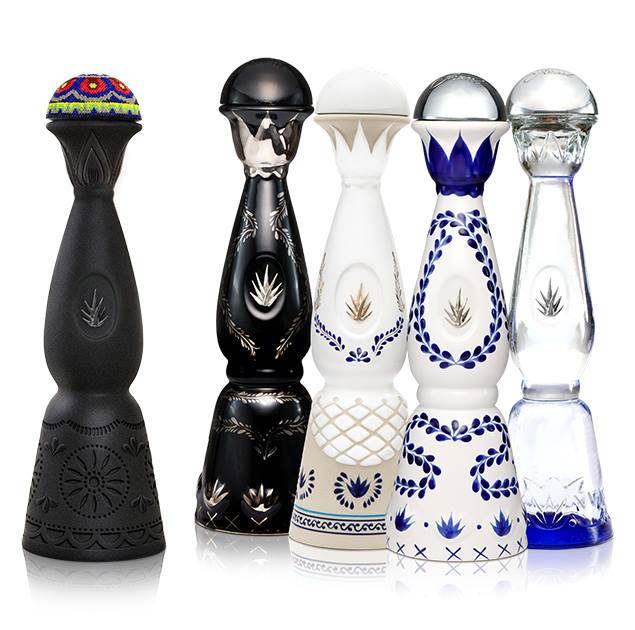 The Clase Azul Reposado sells for ~$75/bottle and I love the traditional Mexican style of the packaging with the blue-tiled bottle. This Reposado is made from Tequilana Weber Blue Agave that’s cooked for a minimum of 72 hours in traditional stone ovens before it’s aged for 8 months in hand-picked barrels. You can sip this neat or over ice and be in heaven. 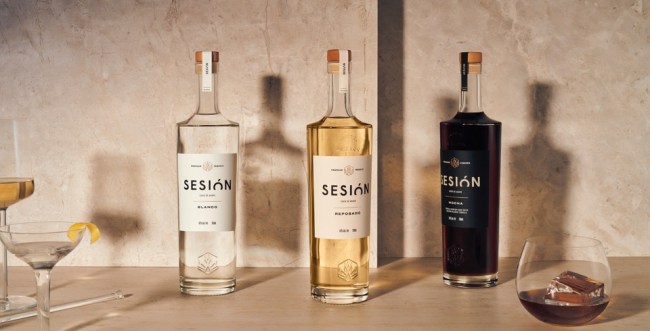 Sesión Tequila’s portfolio includes a Blanco, Reposado, and Mocha. The latter (Mocha) is a pretty cool tequila if you’re looking to mix things up in your home bar and put your own personal spin on an espresso martini.

This is a relatively new distillery in Mexico (2015) but it’s already a power player in the game, racking up awards and accolades. It was also launched by the Beckmann Family (70% owners of the Jose Cuervo portfolio), one of the oldest and most revered Tequila dynasties on the planet. 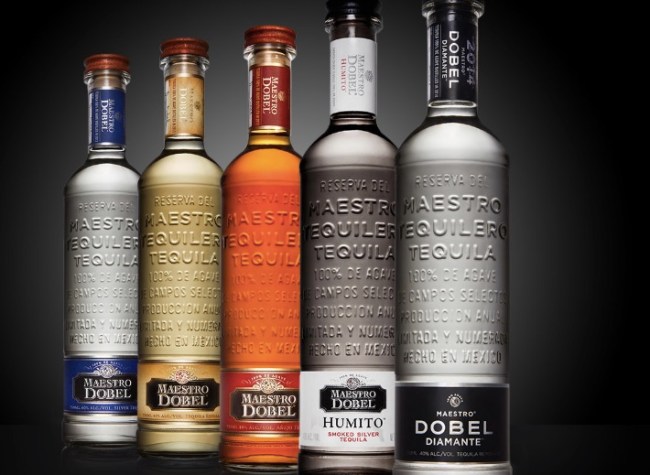 The Maestro Dobel Diamante Tequila claims to be ‘the world’s first’ cristallino tequila and it’s a blend of Extra-Añejo, Añejo, and Reposado. So if you’re into mixing things up and looking for a blended tequila then definitely check this one out. 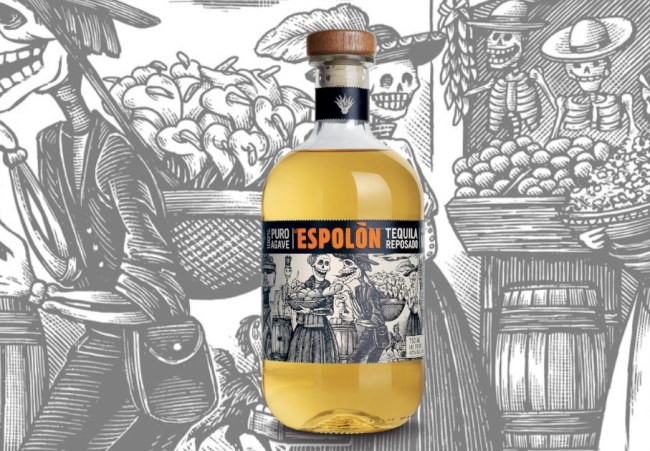 I know the artwork on the bottle of this 100% Blue Weber Agave Tequila looks familiar because this is seen on the shelves of craft cocktail bars across America. This tequila is aged for 3-5 months in New American Oak Barrels giving it a crisp but well-rounded and complex flavor. 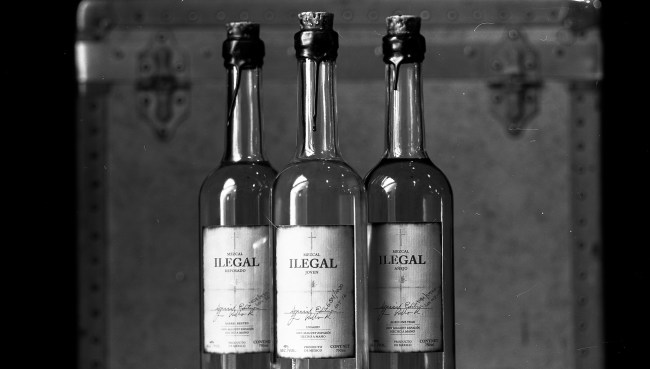 I had to throw a Mezcal in here, didn’t I? Purists would say that it’s blasphemy to include a Mezcal on the official day of Tequila celebration but Mezcal’s still gaining its foothold in the serious spirits world. There’s no better place to start than a bottle of the Joven Mezcal from Ilegal, they also bottle a Reposado and Añejo.

Feeling like you’ve enjoyed what you saw above but want to head deeper down the rabbit hole? Check out this detailed explanation on the differences between Tequila and Mezcal so you can sound educated while ripping shots.