What’s The Difference Between Tequila And Mezcal? 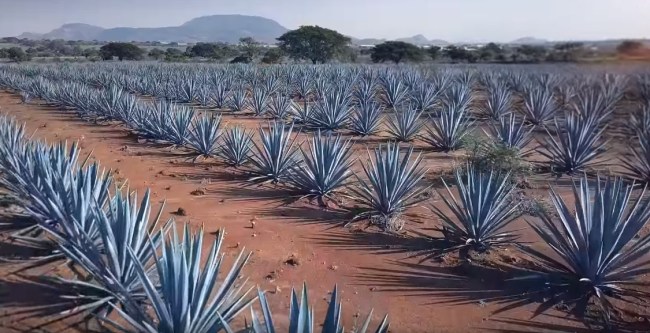 You know all about tequila and if you don’t you can learn about the agave plant spirit from our tequila guide. But you’ve heard the buzz about mezcal and want to discover what makes this alcohol that is also distilled from agave plants so special. The first question is: What’s the difference between tequila and mezcal?

First off, all tequilas are mezcals, but not all mezcals are tequilas. The easiest way to understand this concept is to think of mezcal as whiskey. There are different versions of whiskey, such as scotch and bourbon. Consider tequila similar to bourbon, it’s still a whiskey, but it’s bourbon.

Another reason to compare tequila to bourbon because they are both location-specific. In 1964, the U.S. Congress made bourbon the country’s “distinctive product of the United States” and to be officially classified as bourbon it has to be made in the United States, most of the time in Kentucky. Similarly, tequila is only produced inside the Mexican state of Jalisco and in some municipalities in Guanajuato, Michoacan, Nayarit, and Tamaulipas. Mezcal can be made anywhere, but 85 percent is made in the Mexican state of Oaxaca.

By law, tequila must be made with Agave tequiliana Weber, better known as Blue Weber or Blue Agave. The Blue Weber agave plant is known to be one of the sweetest agave plants because of its higher sugar concentration. There are at least 30 different varieties of agave that are used to mezcal, but the most common are tobalá, tobaziche, tepeztate, arroqueño and espadín, which is used the most. Think of these different agave plants as grapes used for wine, each has their own distinct flavor profile. Fun fact: Agave is not a cactus, it is actually part of the Asparagaceae family, meaning it is related to the asparagus.

To qualify as tequila, the spirit must be made with at least 50 percent of agave, but the best tequilas are distilled with 100 percent agave. It takes seven to 10 years for agave plants to reach peak maturity. Jimadors or farmers cut off the spiky leaves and harvest the piña, which is the base of the agave plant.

RELATED: Sleep In A Giant Aging Barrel Hotel In An Agave Field In The Heart Of Tequila Country

When it comes to mezcal and tequila, they are distilled differently. The word “mezcal” comes from the Nahuatl words “metl” and “ixcalli,” which means “oven-cooked agave.” Mezcal has been made in Mexico for at least 400 years and in the early days the core of the agave plant was baked in large pits dug into the ground and lined with lava rocks. The pit is filled with wood, charcoal, banana leaves or discarded piña fibers, which gives mezcal its distinct smokey flavor. Modern mezcal production methods utilize stone or clay ovens.

Meanwhile, tequila is made by steaming the piñas in traditional ovens called hornos or modern industrial steam-fueled pressure cookers before being distilled two or three times in copper pots.

Original distilling procedures crushed the piñas with a stone tahona wheel that is powered by a mule. The extracted agave juice is then fermented with yeast. Tequilas ferment in a couple days and mezcal can take up to a week.

Both tequila and mezcal are aged in barrels to give them more flavors. The longer the agave spirit is aged in the oak barrels, the more flavor and the darker the color of the alcohol. There is blanco or silver or plato or joven for mezcal, which is bottled immediately or aged up to two months. Reposado is aged two months to a year. Añejo: is aged over a year and extra añejo or “extra aged” has rested in barrels for a minimum of three years.

Mezcal was traditionally served with an orange slice and topped with worm salt, which is made with gusano, the larvae that live on the agave plants. Sometimes they put the worm larvae into the bottle to give the spirit a different taste. Meanwhile, tequila has been known to be served with a slice of lime and salted-rim or in a margarita. However, quality mezcal and tequila should be sipped neat.

RELATED: All Aboard The Jose Cuervo Express, An All-You-Can-Drink Train To The Birthplace Of Tequila