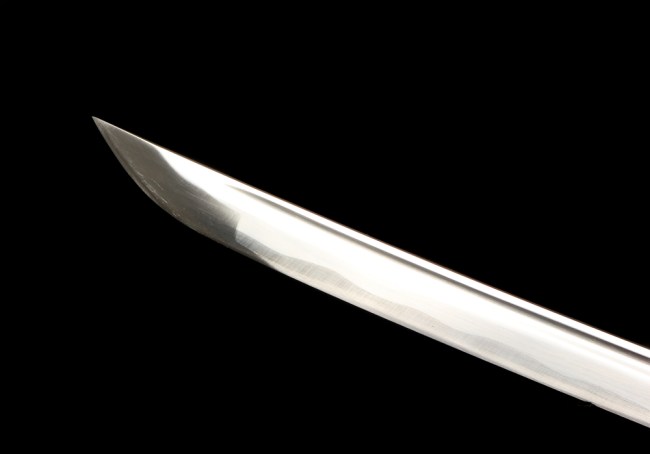 A rusty old curved blade stored away in an attic turned out to be a priceless Japanese Samurai sword which dates back to the 12th century and possibly even earlier. The sword was rusted and in disarray when it was found but it was cleaned up along with a few others as part of some ceremony, and that’s when people discovered one of the most significant Samurai swords in existence.

The sword dates back to the Heian Period of Samurai which was the first period when curved Samurai blades came into existence. Ryo Miyazaki of The Asahi Shimbun reports:

It appears that the “heirloom,” which was made in the Heian Period (794-1185) for a samurai and initially passed down through his family, was presented to the shrine sometime from the Nanboku-cho Period (1336-1392) to the 14th or 15th century, or the early Muromachi Period (1338-1573).
The curved 82.4 centimeter-long sword, without the creator’s name inscribed, is a “kohoki.”
The kohoki sword is one of 12 blades that were housed in the attic repository of Kasuga Taisha shrine and was originally discovered in 1939.
The shrine discovered its real value after whetting the blades from fiscal 2016 to mark its 60th Shikinen Zotai, a traditional ceremony of shrine building restoration held once every 20 years.
Before it was sharpened, the kohoki sword was covered in rust.
Part of the name derives from the Hoki Domain (today’s Tottori Prefecture) where a series of kohoki as well as other swords were crafted.
“It is rare that such a long kohoki sword has survived along with parts of its exterior,” said Motoki Sakai, a senior researcher of the history of Japanese craftworks at the Tokyo National Museum. (via)

Here’s a picture of the priceless sword via Twitter:

A rusty old sword hidden in an attic was actually one of Japan’s oldest blades: https://t.co/zqrquvnYvQ pic.twitter.com/75qTUSfsAt

If you are in Japan and have any interest in seeing this sword for yourself it will be on display at the Kasugataisha Museum shrine starting today, January 30th, and the exhibition will run through March 26th.

I can say with almost certainty that there’s nothing incredibly valuable in my attic. I know this because the house was built less than two years ago and only one family has lived in the house before me. So the chances that they left an incredibly valuable and ancient artifact sitting up there is slim to none. With that said, I’m going to crawl my ass up there tonight with a flashlight because I MUST KNOW if there is any priceless treasure hiding in the attic.