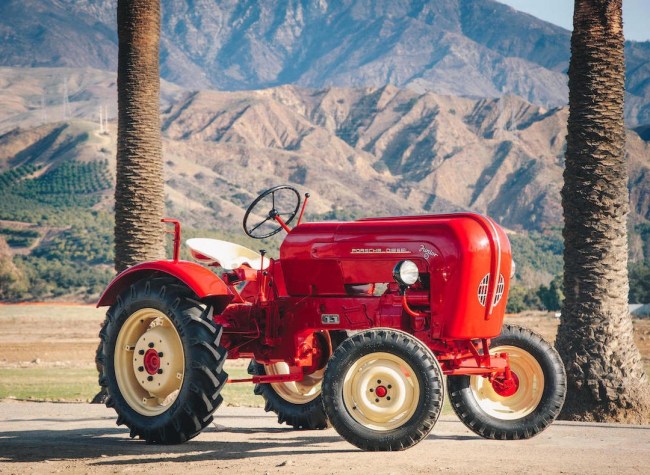 Ferdinand Porsche, the creator of the famous sports car that bears his name, believed he was building “people’s car” so it only makes sense the innovator would also draw up plans for the “people’s tractor.”

Between 1956 and 1963, an estimated 125,000 Porsche-Diesel tractors were manufactured. The tractors were produced at an old Zeppelin factory in Friedrichs-hafen-Manzell, Germany. Porsche designed four basic models – 1 through 4 cylinders — and even eventually a four-wheel drive model.

In 1960, Porsche introduced a new Bosch hydraulic lifting system, a significantly improved design when compared to the earlier tractor models. The Porsche Junior 108 was the smallest and most attractive of four tractors produced and a pristine model just popped up for auction.

Here’s a rundown of the features for this 1961 Porsche Junior 108 Tractor.