Guy Has No Idea $4 Million Worth Of Cars, Including A Ferrari And A Cobra, Is Sitting In His Barn 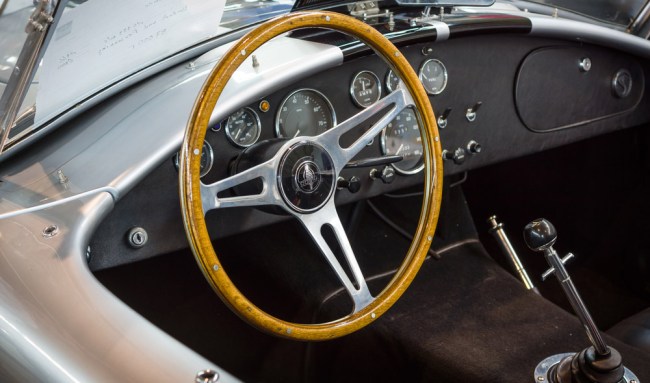 I don’t know how one gets the job Tom Cotter has, but I want it. Cotter is the host of the Hagerty series Barn Find Hunters.

In his job as host of the show Cotter gets to run around all over the United States discovering rare and valuable cars that people have just left or forgotten, collecting dust for years inside their garages, or as is the case today, in their barns.

During his travels Cotter has seen a lot of amazing automobiles hidden away, but in his latest trip to North Carolina he hit the mother-lode.

The owner of the garage on the property of a house that was set to be demolished said he knew that there were some old cars inside, but had no idea the magnitude of his understatement.

All four cars had been stored in the garage since at least 1991. The Ferrari only had 13,205 miles on it and the Cobra’s odometer read only 19,001 miles. The combined value of these cars is somewhere in the range of $4 million.

How does someone not know they have these in their barn?!

“I’ve never found a group of cars like this in my life. A Ferrari, Cobra, V8 Morgan, Triumph TR6 with low mileage,” said a stunned Cotter. “This is amazing, we may never find a collection like this ever again. Maybe this should be the last episode of Barn Find Hunters.”

As for why these cars sat idle in a barn for the past three decades? According to the video below, the original owner had a his own mechanic who took care of the cars and when the mechanic passed away, the owner never found a replacement. That’s when you know you’ve got real F You money right there (like these guys).