What To Expect At The Apple Event: Biggest iPhone Ever, Upgraded Apple Watch, New MacBook And Revamped iPad 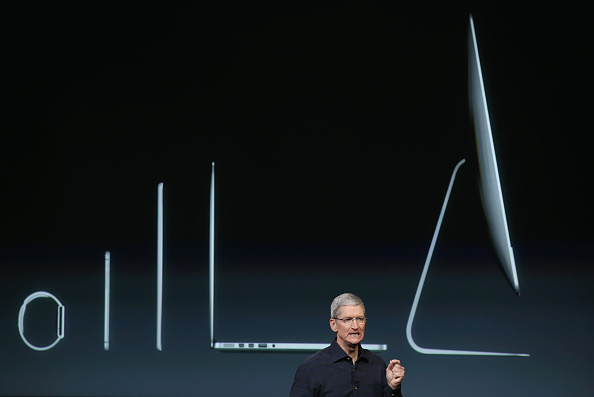 We are only two weeks away from the 2018 Apple event that will showcase some incredible new products including the biggest iPhone ever, a new Apple Watch, a new MacBook, and some revamped iPads. Here’s what we can expect to see at the Apple event.

This year’s Apple event will likely happen at 10 a.m. on Wednesday, September 12 at the Steve Jobs Theater. Historically, the company hosts their massive extravaganza on the Tuesday or Wednesday in the second week of September. However, Tuesday would be September 11th and Apple probably wants to steer clear of a 9/11 date for obvious reasons.

Apple will probably release three different iPhone X models because the original edge-to-edge notched smartphone was embraced despite having a $1,000 price tag. The highlight will be the largest iPhone ever made.

The rumored “iPhone X Plus” or “iPhone Xs Plus” will have a mammoth 6.5-inch OLED screen and possibly three rear cameras. The Galaxy Note killer could steal a popular feature from Samsung — a stylus in the form of an Apple Pencil, which costs $99. Pricing on this top-of-the-line handset could START at $1,100.

RELATED: Samsung Smashes Apple With A Series Of ‘Ingenious’ Commercials

There is also expected to be an upgraded iPhone X, maybe called the “iPhone Xs,” with a 5.8-inch OLED display with improved performance, longer battery life, and enhanced dual rear cameras.

The third iPhone will be the “cheaper” version with a 6.1-inch LCD display and a single rear camera. The smartphone will have un-colored aluminum edges and will be offered in a variety of colors including gray, white, blue, red, and orange. Pricing is expected to be in the $600 to $700 range, but probably will not be available until October.

All three phones will have the new gesture controls that last year’s iPhone X introduced as well as Apple’s face-unlocking system Face ID. There is a possibility that Apple will enable one or two of the phones to have dual-SIM card slots.

Experts believe this will be another “S year,” meaning the 2018 crop of iPhones is expected to have the same design of 2017’s iPhone X, but feature better guts and features.

The new Apple Watch will also look much like previous models, but will have larger screens. The Watches will follow in the direction of the iPhones and have near edge-to-edge displays, all while remaining the same sizes so you won’t have to buy a new strap.

There could be click-free buttons, instant watch-to-watch walkie-talkie mode, fitness improvements, and could play podcast audio from third-party apps on the go.

Like the iPhones, Apple will keep the iPads mostly the same size, but will increase the screen size by minimizing the bezels. Expect display sizes between 11-inches and 12.9-inches. The new iPad Pros are said to kill the home button and fingerprint sensor.

There is also a possibility that Apple could give the iPad Pro a notch like the iPhone X, but they could also place the Face ID facial-recognition camera system in the bezels.

The new iPad Pros will “come with a newly-designed 18W power adapter featuring USB Type-C interface for a faster charging experience” according to a report from DigiTimes. The iPad mini is reportedly not getting an upgrade this year.

Another confirmation that J3XX is in fact an iPad with no home button pic.twitter.com/TfWMY7EUfq

There are reports that Apple might unveil a new 13-inch MacBook powered by Intel’s eighth generation 14-nanometer Kaby Lake processors at the event. The upgraded MacBook will likely flaunt the third-generation “butterfly” keyboard that were rolled out on the latest MacBook Pros. These new MacBooks will apparently start at $1,200.

We might also get improved AirPods that come equipped with noise-cancellation, water resistance, and wireless charging. Apple could finally release their long-awaited AirPower, which is a charging mat for a variety of Apple devices.

Apple might be making a smaller, less expensive HomePod. Apple is said to be working on large, over-the-ear headphones that are not Beats.

If there are updates or leaks, we’ll provide more details about the September 12th Apple iPhone event.

RELATED: Apple Just Became The First Company In History To Be Worth $1 TRILLION