#affilate partner
BroBible may earn a commission if you buy a product or service via links in this article.
by Connor TooleOctober 12, 2019 2:46 pm 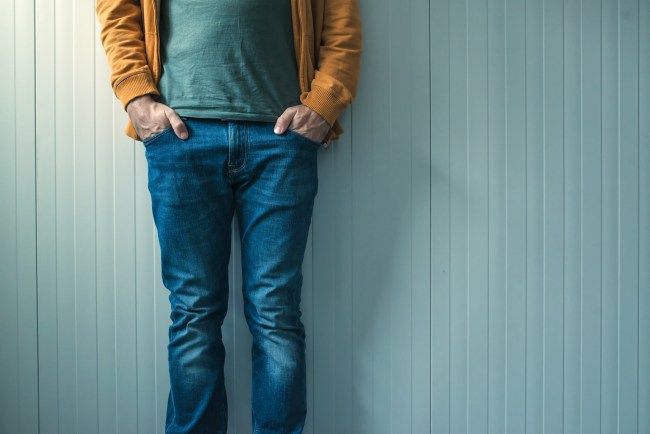 Everyone lives life from their own individual perspective and in turn has their own unique idea of what “normal” is.

It can be easy to forget you don’t share the same point of view as the rest of the population, but when you’re a Certifiably Tall Person like myself, life is filled with moments that remind you the world wasn’t built with your kind in mind.

At 6′ 10″, I like to think I’m pretty well-versed when it comes to the perks and downsides of being gifted with an abnormal amount of height. I’m perfectly content standing out amongst the crowd but there are countless issues I continually run into that most “regular” people will never have to deal with.

If you know anyone whose height manages to continually shock you even if you’ve known them for years, I guarantee you they’re forced to deal with the same problems I routinely face.

Christmas is just a couple of weeks away so I figured I’d do everyone a solid and put together a guide featuring some gifts that the tall guy on your list will genuinely appreciate. Feel free to thank me later. 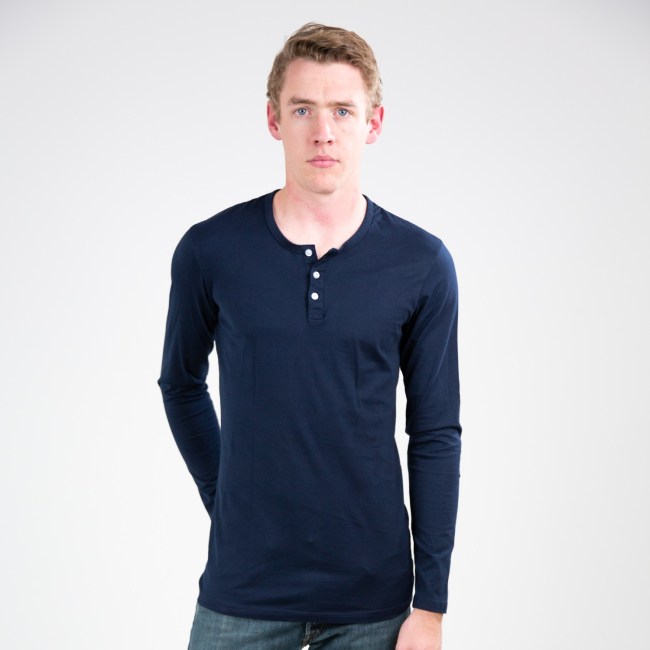 A lot of people don’t realize the vast majority of “big and tall” retailers place the emphasis on the “and.” As a result, if you’re not packing some extra pounds, it can be tough to find a shirt of adequate length that doesn’t billow off of you like a maternity dress.

Thankfully, a few people have set out to solve this problem and I haven’t come across anyone who’s done it much better than TallSlim Tees. The company has a number of different styles expertly designed for longer torsos and sells them at an unparalleled pricepoint for the fit and quality.

I’ve got a few different TallSlim shirts in my wardrobe but it’s hard to go wrong with the henley this time of year. 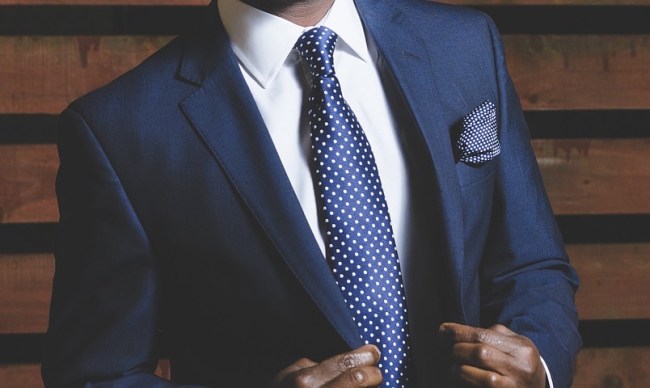 Most normal ties have a loop on the back where you can tuck the tail in once things are knotted up, which is basically useless when you’ve used up every inch of fabric and still aren’t close to reaching your belt buckle.

I’ve purchased plenty of ties claiming to be “extra long” but eventually decided to pull the trigger on one that clocks in at 70″ and haven’t looked back. The manufacturer also offers a 63″ version if you’re looking for a middle ground but I’ve found it’s nice to have more to work with.

Shoes You Can’t Find In A Store 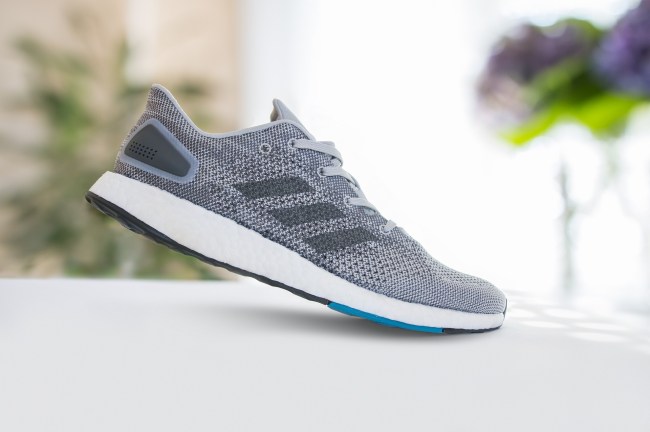 The last time I purchased a pair of shoes in a store was at a streetwear place in Boston seven years ago and was only able to do so because Kevin Durant had recently dropped off a single pair of size-16 KD 4s and told the owner he couldn’t sell them for more than $100.

Buying shoes for someone else is a bit of a risky move, but if you have an idea of what you’re looking for, then I highly suggest checking out Oddball. The company has been selling oversized footwear for more than 20 years and has an extensive selection of footwear in sizes 14 or higher. 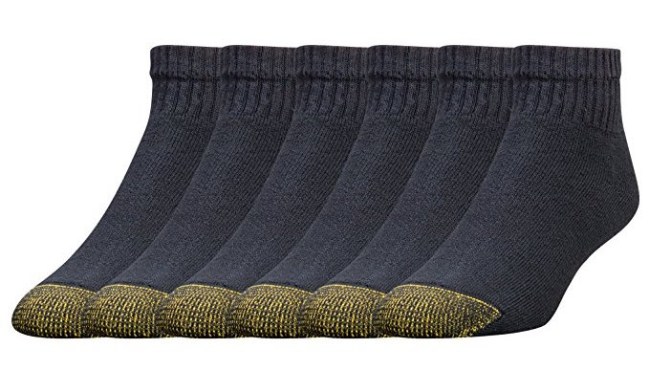 I have officially accepted the fact that I am an old person based on how much enjoyment I get out of buying socks but it can be tough to find a pair designed with bigger feet in mind.

I’ve tried a few options but recently went all-on by treating myself to a dozen pairs from Gold Toe, which was nice enough to whip up some socks for guys with a shoe size between 12 and 16. 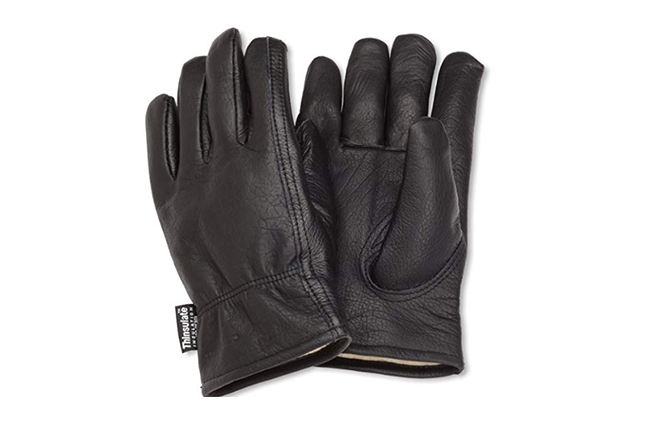 For years, I wore gloves that made me feel like I was reenacting the O.J. Simpson trial whenever I tried to put on a pair.

No more, my friends. No more.

Some people might prefer a slimmer looked but I’ve been more than happy with these leather work gloves I picked up last year. I’m far from a rugged farmhand but I’m a huge Carhartt guy and these guys lived up to expectations. 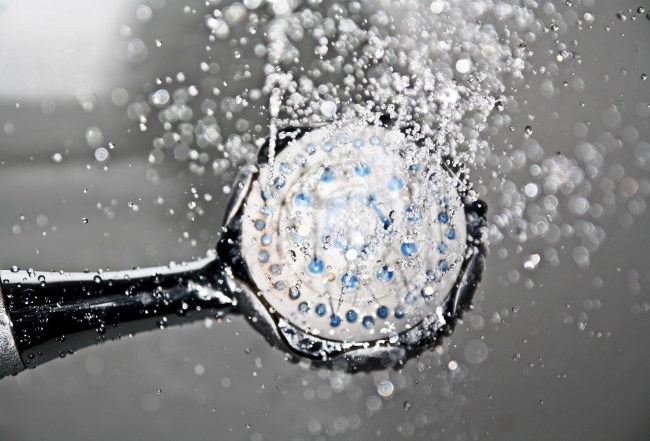 One of my least favorite aspects of traveling is discovering that I’m going to have to deal with a shower with a stream aimed directly at my belly button and I absolutely ruined myself a couple of years ago when I upgraded the head in my apartment.

As far as I’m concerned, everyone should have an extendable showerhead and I don’t know how I ever lived without the rainfall faucet I have now. If you’re looking for something that’s guaranteed to please, then this is the only thing you need. 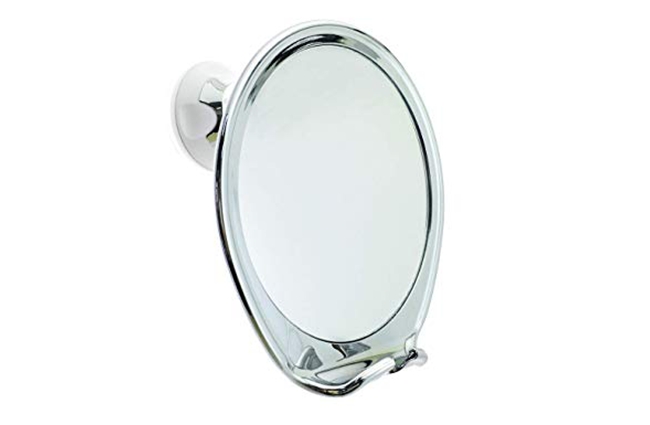 Showers are just one of a few foes tall people face in the bathroom and mirrors are capable of being an equally big pain in the ass.

I’d have to sit in a chair if I wanted to use my mirror while shaving but I found a solid workaround in the form of a fogless mirror (complete with a hook for your razor) that’s currently suctioned-cupped to the wall of my shower.

An Elevated Cutting Board 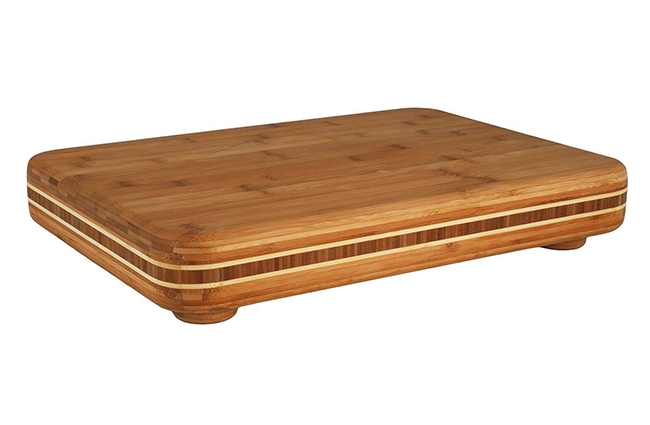 I spend a lot of time in a kitchen that was seemingly built to fit the needs of a hobbit and will happily welcome anything that makes cooking a little less painful.

This bamboo cutting board might only be a little over 3″ high but those three inches make more of a difference than you’d think. It’s also got plenty of surface area and is perfectly capable of accommodating all of the food it takes to fuel a massive person. 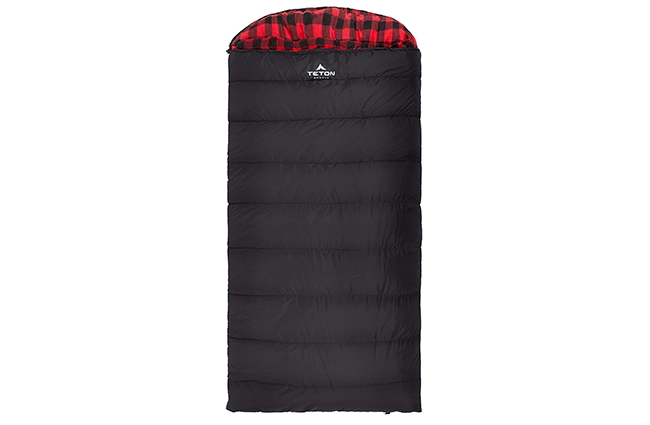 Most tall people are used to adjusting to less-than-optimal sleeping situations after years of contorting their bodies in an attempt to fit into bed.

However, they won’t have much trouble dealing with Teton’s flannel-lined XXL sleeping bag.  It measures in at 90 inches, so unless you make Yao Ming look small, it should be long enough. 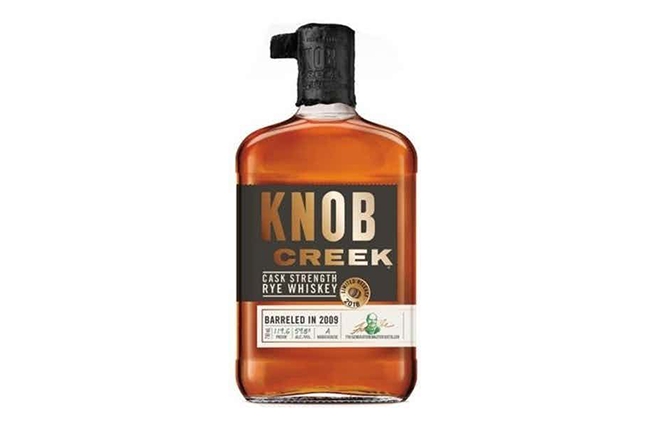 I’ve found that it can take some real effort for a guy my size to get where I’m looking to go while I’m drinking so it’s always nice to have something on hand that packs a bit of a punch.

Bottled at close to 120 proof, Knob Creek’s almost-too-drinkable Cask-Strength Rye does exactly that. It’s a slow sipper but a tasty one and I can think of worse ways to warm up this season. 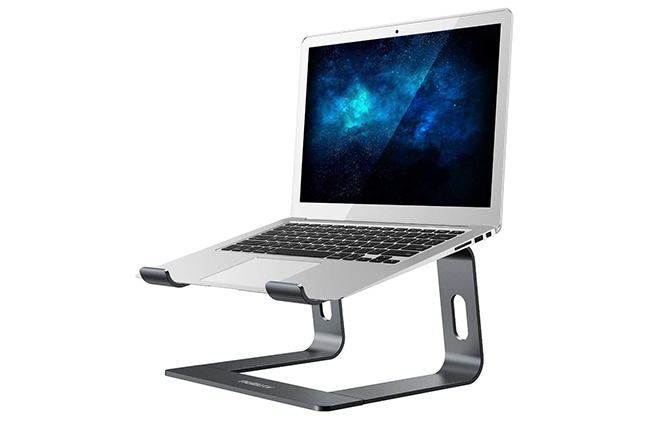 As someone who writes for a living, I spent far too much time hunched over my desk looking like Frankenstein’s assistant but that all changed when I did something I should have done years before and picked up a stand for my laptop.

This is an invaluable resource for the tall person in your life, and if you want to help prevent them from turning into Quasimodo, I can’t think of a better purchase. 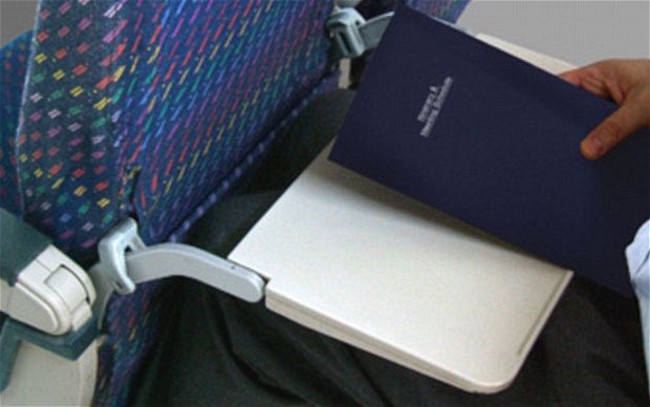 Flying is tough enough for regular people but it’s absolute hell on Earth for anyone above the 6′ mark and I essentially refuse to get on a plane unless I’m guaranteed a seat with extra legroom, which has taken quite the toll on my wallet over the years.

However, even then, there’s no guarantee I’ll be comfortable if the asshole in front of me decides to recline their seat, and while I found shoving your knees into the back of their chair can be a solid solution, it’s not the only way to prevent discomfort.

Knee Defenders are designed to prevent the person in front of you from reclining, and while they’ve been banned from some airlines, I’ll gladly take the risk of getting a stern talking-to from a flight attendant over not being able to feel my legs for hours on end. 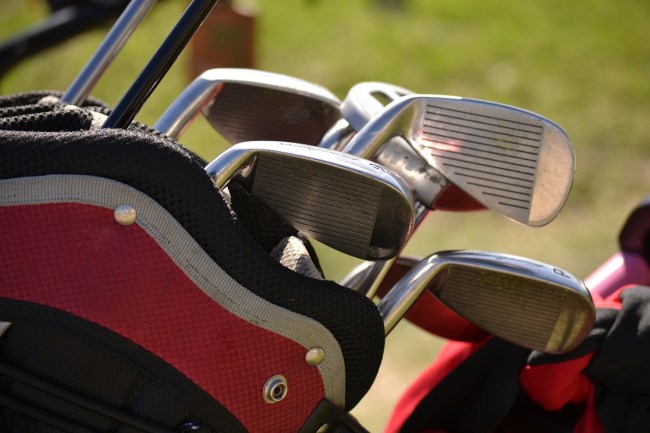 I somehow managed to make the golf team when I was in high school despite playing with a standard pair of clubs that required me to squat like I was taking a dump on a camping trip.

As a result, it’s hard to describe just how much my shot changed when I got some clubs that were actually long enough for my build, which allowed me to shave more than a few strokes off of my game.

You can find plenty of extended clubs online, but if you’re not looking to drop a couple of hundred dollars on a blind purchase, paying for your tall friend or family member to get professionally fitted also makes a great gift. 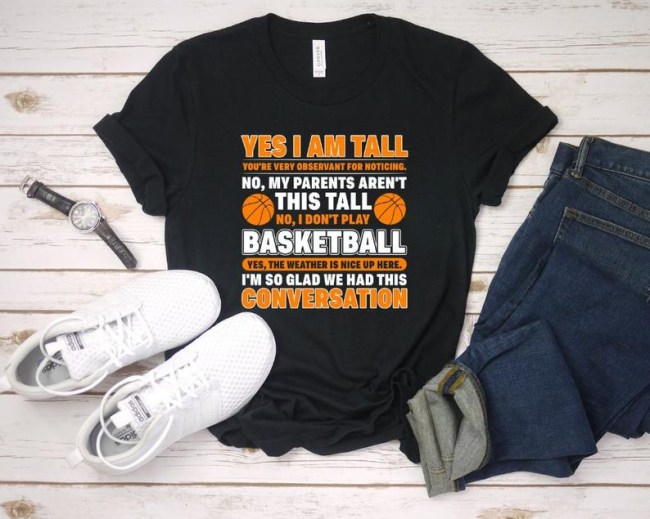 I’ve always said that being tall is like being a celebrity without any of the fortune or fame, as I’m constantly stopped on the street by people who have countless questions about my life or want to take a picture with me for reasons I’ve never really been able to fathom.

While this shirt isn’t necessarily the most fashionable thing in the world, it’s great to have the option to rock it on those days when you just don’t feel like having to answer the same questions you’ve heard thousands of times over the course of your life.