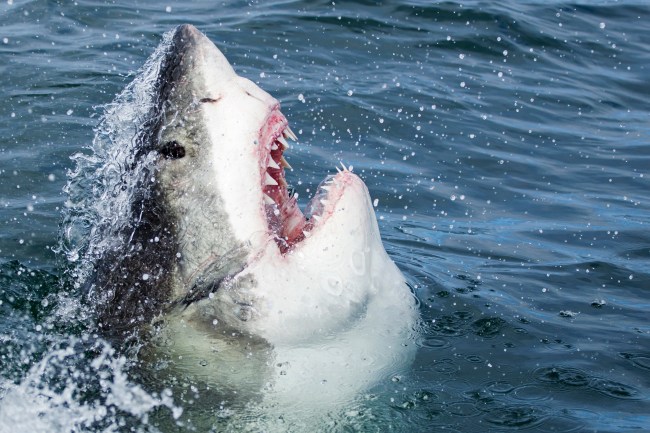 Fans of Shark Week know the yearly programming is far from normal run-of-the-mill television. They see it as an event meant to be celebrated, meant to inspire, to drum up conversation, and most of all, to admire one of the world’s most unique underwater species. So what better way to get your shark-loving friends and family only the best Shark Week gift ideas?

As shark fans ourselves, we rounded up the best books, clothing, and gear related to learning about sharks and how we can live more in harmony with them.

These are Shark Week gift ideas that will encourage one to go outside and get closer (but not too close) with these creatures of the deep sea, as well as ideas that will enhance your consumption of shark content going beyond the yearly event. 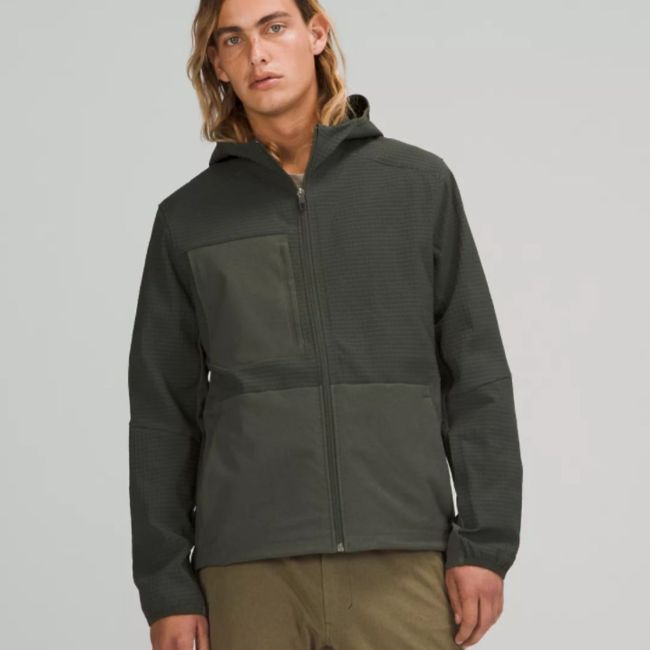 Lululemon just released a massive collaboration with pro surfer Mark Healey. It’s called moon Drift. The lineup includes jackets, tees, camp collars shirts, pants, shorts, and much more. We find this Moon Drift jacket to be one of the best pieces. It’s perfect for those chilly summer nights out by the water. 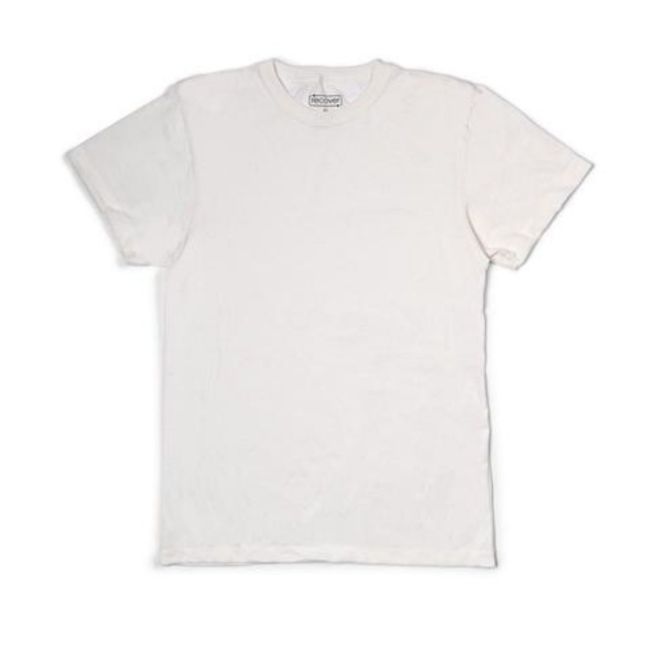 Recover takes recycled plastics and forms them into a shirt. How? They have a little graphic on their site that breaks it down simply. Take a group of plastic bottles, shred them into flakes, pelletize the flakes, extrude the pellets into a blended yarn, and wallah! If you come face to face with any sharks you can tell them how you’re working to rid their ocean from pollutants—they’ll respect that. 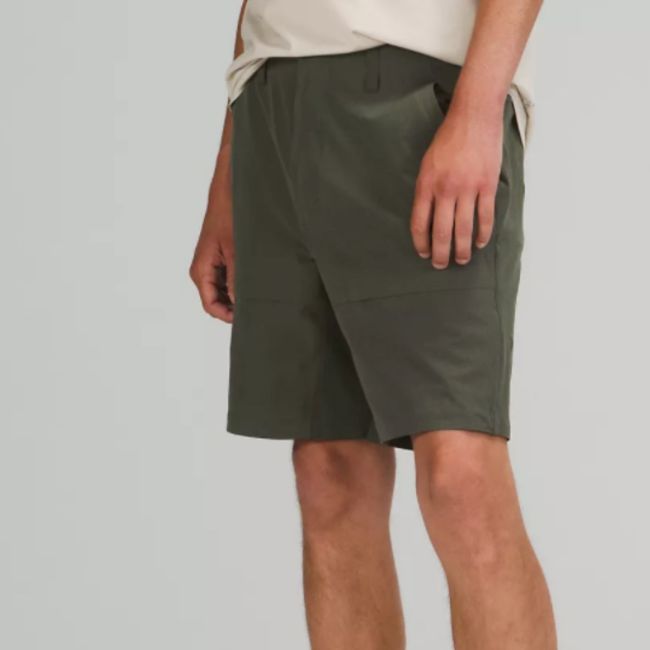 Another one of our top favorites from Lululemon’s Moon Drift collection. Pair them with the same colored jacket and make a go-to outfit for your wardrobe. 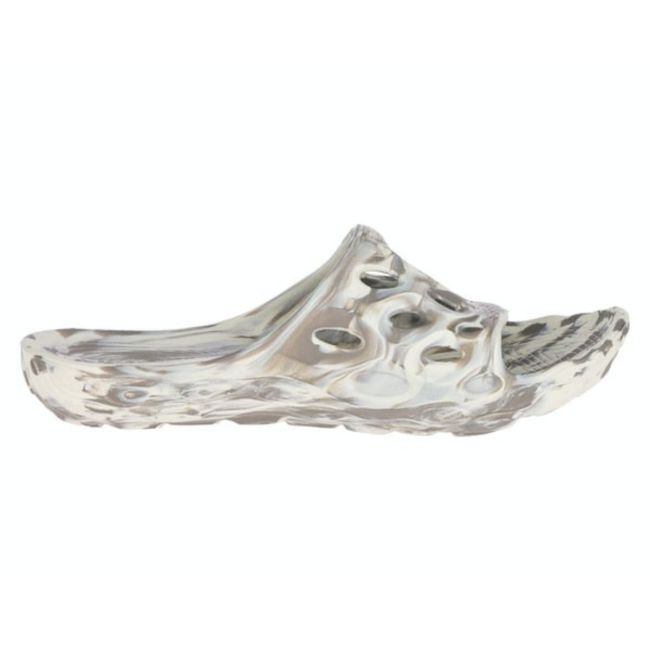 Merrell’s Hydro Moc has gotten lots of attention over the past year of being deemed a more “rugged” Croc. They’ve applied the same idea and created this cool textured Hydro Slide with a boulder white and grey colorway. Sometimes those hidden beaches require a little bit of trekking, these are ideal for wearing while you get to that untouched spot. 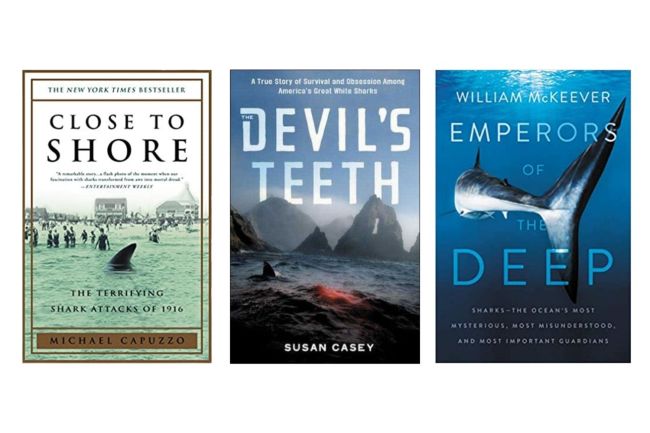 The Devil’s Teeth: A True Story of Survival and Obsession Among America’s Great White

Journalist Susan Casey first learned about a cluster of resident Great White Sharks off the coast of San Francisco when she was watching a documentary. Months later she was on a 17-foot Boston Whaler with two biologists to study the sharks that surround what is known as the Farallones Islands. This is a deep dive into how Great Whites interact at a boundary where society is only 30 miles to the east.

Emperors of the Deep: Sharks—The Ocean’s Most Mysterious, Most Misunderstood, and Most Important Guardians

Safeguard the Seas founder William McKeever provides an in-depth look at all species in an effort to raise awareness on the need to protect sharks in the ocean environment. McKeever introduces scientists, conservationists, shark experts, activists, and more to paint the picture of the importance of sharks around the world. They touch on shark presence everywhere from Cape Cod to the coral reefs of the Central Pacific—a hotspot for yearly shark migration that scientists deem the “Burning Man for white sharks.”

Close to Shore: The Terrifying Shark Attacks of 1916

Close to Shore retells the story of the first shark attacks on U.S. swimmers in history. In 1916 a Great White swam out of its deepwater habitat and towards the New Jersey shoreline. Author Michael Capuzzo paints a portrait of the shark’s five attacks that summer with strong characters and a detailed account of the hunt that ensued on the rogue Great White. 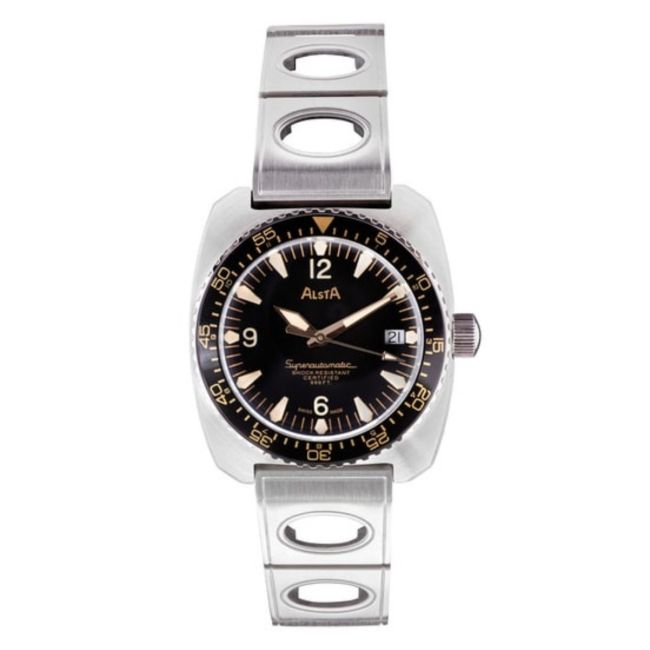 Numbered to only 100 pieces, this 50th-anniversary remastered dive watch of Richard Dreyfuss’ Nautoscaph in the film Jaws is a grail for watch lovers, film connoisseurs, and shark enthusiasts alike. Features include a Sellita SW200 automatic movement, a 316L stainless steel case, a stainless steel porthole link design, and 300m water resistance. This is a top-tier timepiece that belongs in every high-end collection. 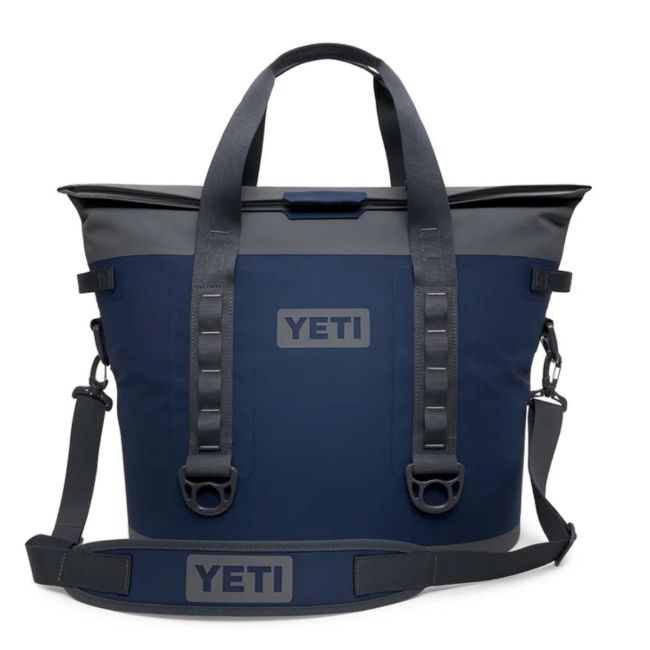 Yeti listened to its fanbase and reengineered their Hopper’s to have a wider opening at the top for easier access to items inside the cooler. Everything else is essentially the same great specs. We chose the Hopper here because they’re easy to carry and hold a lot of precious beverages—two qualities one needs for a boat day. 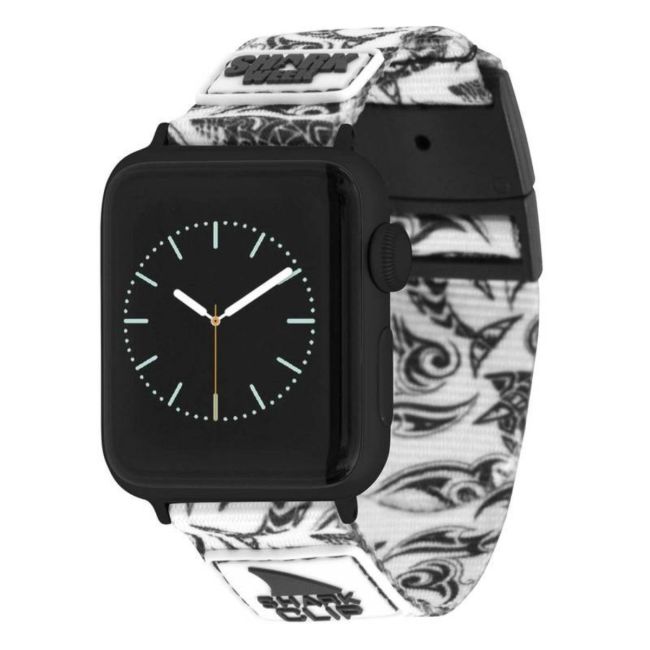 Freestyle made this stylish Apple Watch strap for all the shark lovers out there. It’s crafted with a durable nylon strap and features a unique tribal shark pattern all over. 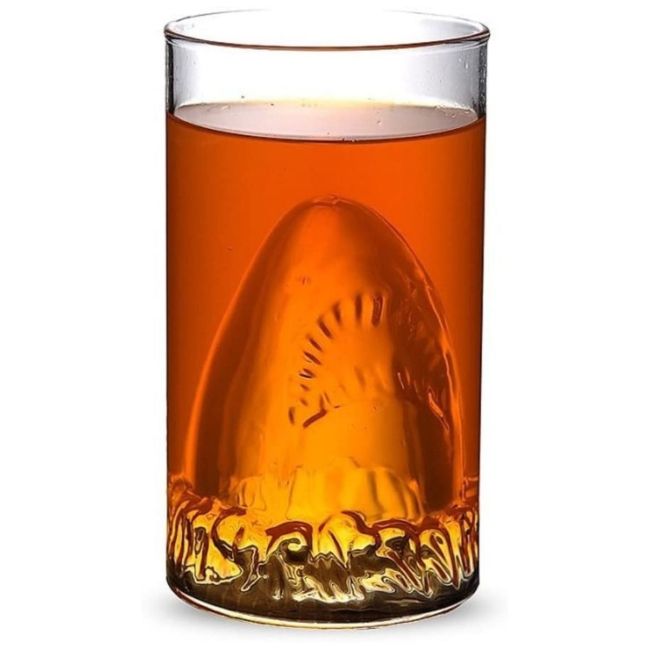 For those that like to enjoy a cold one with their Shark Week marathon, we recommend this handmade glass-blown shark mug. And don’t let the indentation fool you, the mug holds about 10 fluid ounces. 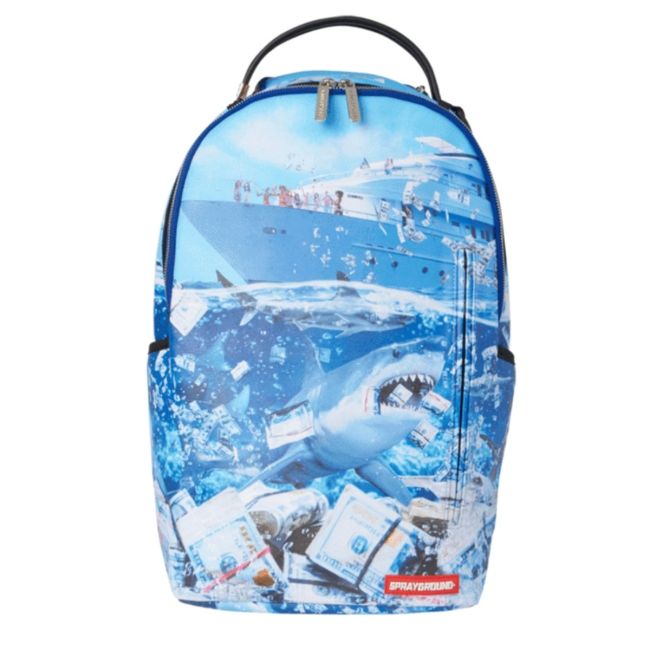 Sprayground is already known for its bright and bold backpacks, but this Shark Party one is in a league of its own. If you don’t believe us, ask Snoop Dogg—he’s got the Shark Party backpack and the duffle. 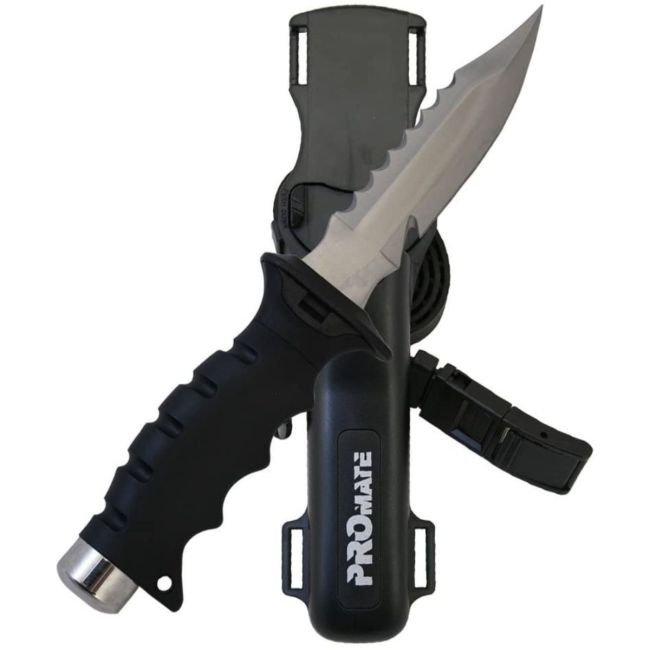 You know what they say, “You can never have too many diving knives.” Ok, maybe only a few people say that but if you don’t have at least one diving knife, this stainless steel 5″ knife from Promate is one we trust. It comes with it’s own sheath and features a durable rubber grip, perfect for holding onto while you watch Sharknado.