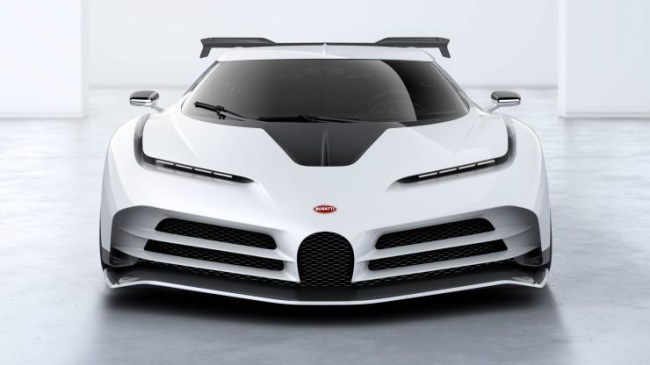 Bugatti introduced the brand new Centodieci, a limited edition supercar with 1,600 horsepower and a $10 million price tag. And it’s already sold out.

Bugatti unveiled their most powerful car ever — the Centodieci, a supercar that can zoom 0 to 62 mph in 2.4 seconds. If the design looks familiar it is because it is reminiscent of the Bugatti EB110 from the 1990s.

“With the Centodieci, we pay homage to the EB110 super sports car, which was built in the 1990s and is very much a part of our tradition-steeped history,” Bugatti President Stephen Windklemann said in a statement.

“The challenge was not to allow oneself to be captivated too much by the design of the historic vehicle and work solely in retrospect, but instead to create a modern interpretation of the shape and technology of that time,” Bugatti’s head designer Achim Anscheidt said.

“We faced a number of technical challenges in terms of the development and design of the Centodieci,” Anscheidt said. “The EB110 is a very flat, wedge-shaped and graphically quasi two-dimensional super sports car of the late 1980s. Transporting this classic look into the new millennium without copying it was technically complex, to say the least. We had to create a new way of combining the complex aerothermal requirements of the underlying Chiron technology with a completely different aesthetic appearance.”

The Centodieci features a deep-seated front spoiler and the three-section air intakes. This road beast is constructed from carbon fiber to make it lightweight, 44 pounds lighter than the Chiron. Even the windshield wipers are made out of carbon fiber. The design gives the Centodieci more than 200 pounds of downforce and it boasts a power-to-weight ratio to just 2.5 pounds per horsepower.

Bugatti debuted its latest aerodynamic supercar at “The Quail: A Motorsports Gathering” car show in Pebble Beach, California. Bugatti did not spare anything when it came to powering this rocket ship — an 8.0 liter, 16-cylinder engine that pumps out 1,600 horsepower and has a neck-snapping top speed of 236 mph, which is electronically limited.

If you’re reading this and didn’t already buy a Bugatti Centodieci, it’s too late because the French car manufacturer, which is celebrating its 110th anniversary this year, is only making 10 of these hypercars and they are already sold out. 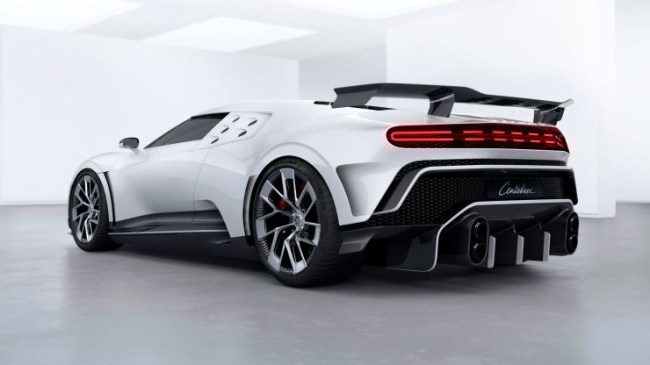 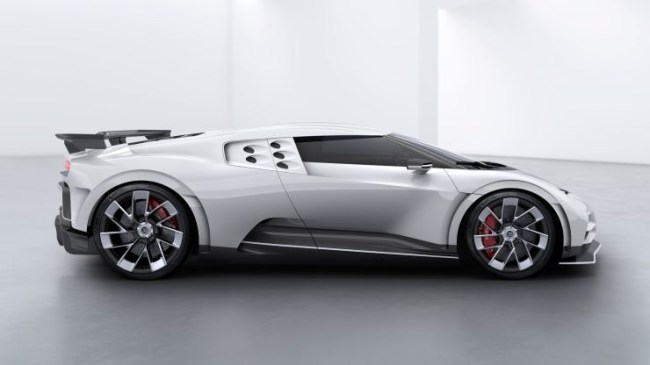 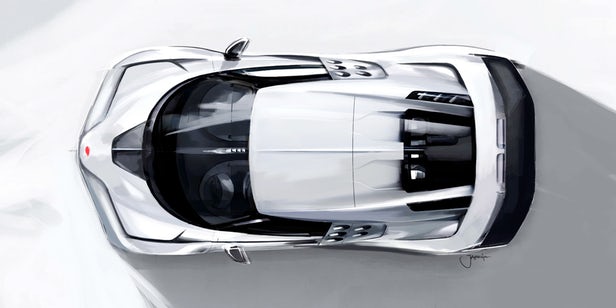