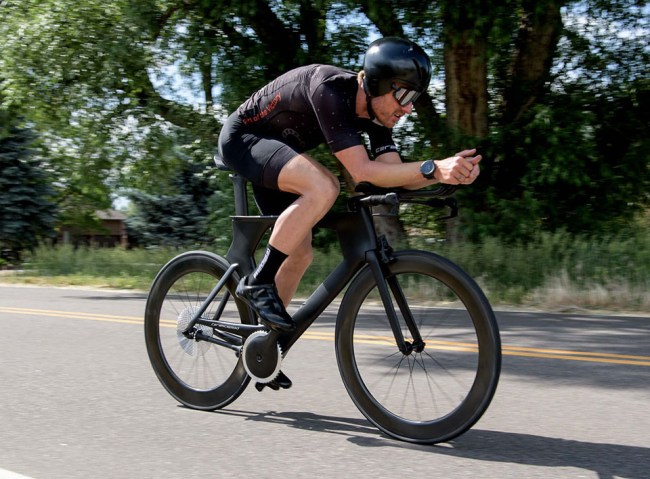 Bicycles must have a chain to power them right? Not necessarily says CeramicSpeed which just introduced a groundbreaking drivetrain that has no chains. This revolutionary chainless drivetrain has the potential to be the most efficient bike ever. The prototype Driven drivetrain by CeramicSpeed beat out 365 other contenders to win the prestigious Eurobike Award at the international bicycle trade fair in Germany.

CeramicSpeed breaks the chains of the same old chain-driven bicycle that has little advancements since the bike was invented around 1885. The concept drivetrain utilizes a pair of roller pinions on a carbon fiber driveshaft coupled with a flat cassette that requires no derailleur. Technically, the cassette can add many more speeds because the design doesn’t need more width to add speeds.

The pinion-style driveshaft system uses 21 low-friction bearings that transfer torque from the front ring through the drivetrain to the 13-speed rear cog. In early testing, the Driven system achieved an unheard-of 99% efficiency and 49% less friction than the stock Dura Ace drivetrain.

The new Driven concept system achieves this efficiency because it doesn’t have a chain and that means it doesn’t have to worry about chain lube degradation and cross-chain friction. Plus CeramicSpeed’s bicycle is more aerodynamic and lighter because it’s chainless. The revolutionary drivetrain was developed by CeramicSpeed in and the mechanical engineering department at the University of Colorado over the past nine months. This bike of the future could completely change the way bicycles work and provide efficiency that is unheard of. 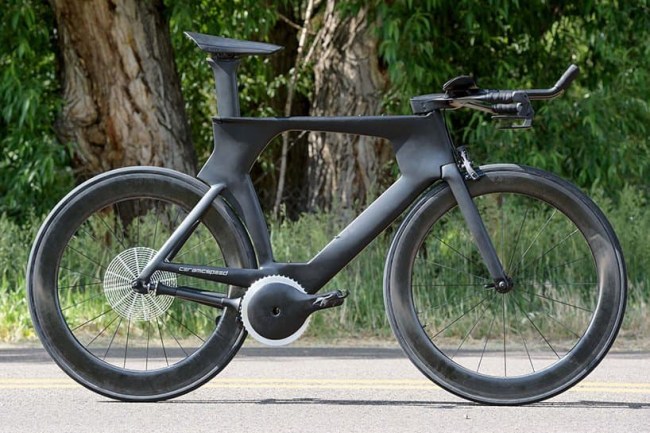 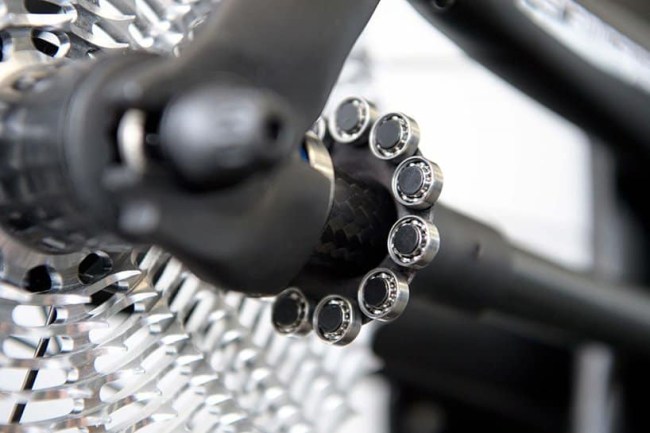 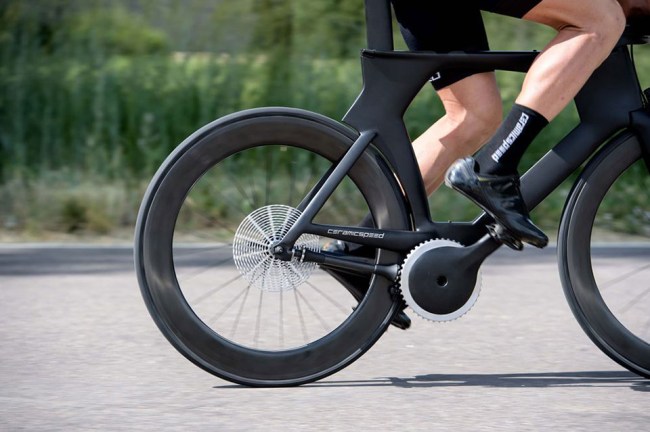