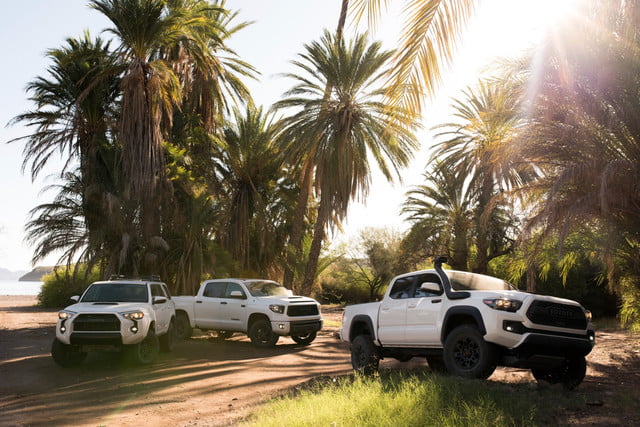 Toyota unveiled their 2019 TRD Pro off-road lineup at the 2018 Chicago Auto Show this past weekend. The roster included the 2019 versions of Toyota Tundra TRD Pro, Toyota Tacoma TRD Pro, and Toyota 4Runner TRD Pro trucks. The new models get a slightly updated look, some enhanced capabilities, and some additional features. Most notably, the Toyota Tacoma TRD Pro gets a snorkel so you can drive on the road, desert, or even in water.

The snorkel raises the engine’s air-intake point on the 2019 Toyota Tacoma TRD Pro Toyota and gets attached to the truck after shipping to prevent damage during transit. However, Toyota did not indicate how deep into the water the Taco can swim, but the pipe can also help when in sandy desert conditions. The truck also offers the all-new TRD Desert Air Intake as an optional off-road feature. Toyota moved the intake from the fender well to the windshield to reduce dust the vehicle would suck up and maximize performance. The Tacoma TRD Pro has a 3.5-liter V-6 engine that provides 278-horsepower.

All of the TRD Pro models, which date back to 2014, feature piggyback shock reservoirs in the rear. The 2019 Toyota Tundra TRD Pro boasts 2.5-inch Fox Internal Bypass shocks, and 2 inches on the Tacoma and 4Runner. The Tacoma and the 4Runner both receive a 1-inch wider track for improved stability. The TRD Pro models feature Rigid Industries LED fog lights as well as LED headlight and driving lights. All three TRD Pro trucks get model-specific tires: Goodyears for the Tacoma, Michelins for the Tundra, and Nittos for the 4Runner. All three models of the next generation of TRD Pro vehicles come equipped with front skid plates. Another pleasant update is that the Entune Premium JBL audio system with a subwoofer and integrated navigation is now standard instead of optional. Exterior color options are Super White, Midnight Black Metallic, and Voodoo Blue, a TRD Pro exclusive.

The Tacoma and Tundra also get TRD-specific exhaust systems. The 4Runner gets a new expedition-style roof rack. The Tundra TRD Pro comes with standard features such as a power sunroof and an infotainment system with seven-inch touchscreen and navigation. The Tundra boasts a 5.7-litre V8 that pumps out 381 horsepower and 401 pound-feet of torque, and is a six-speed automatic transmission. 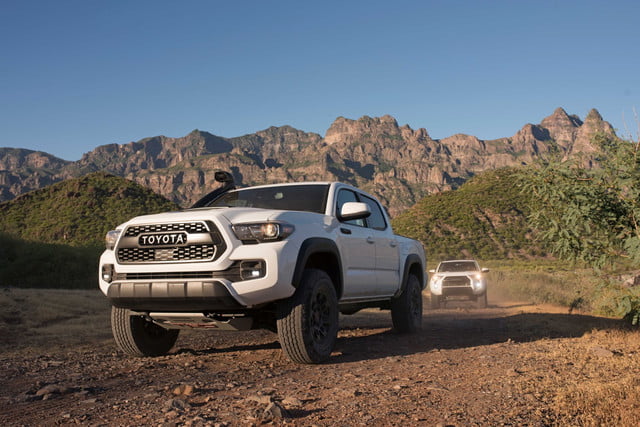 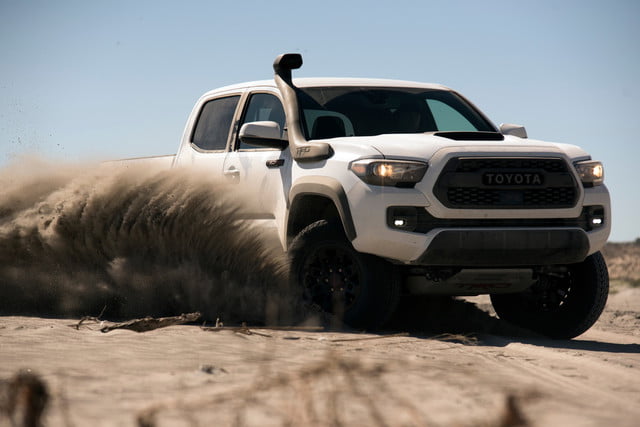 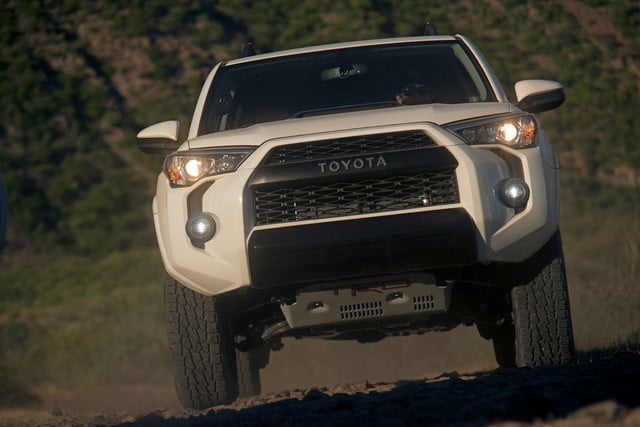 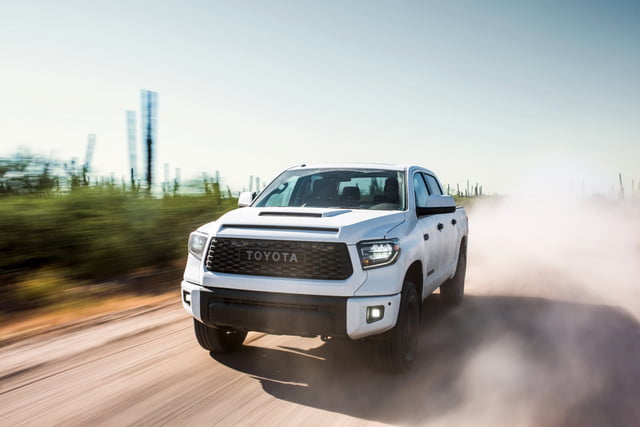