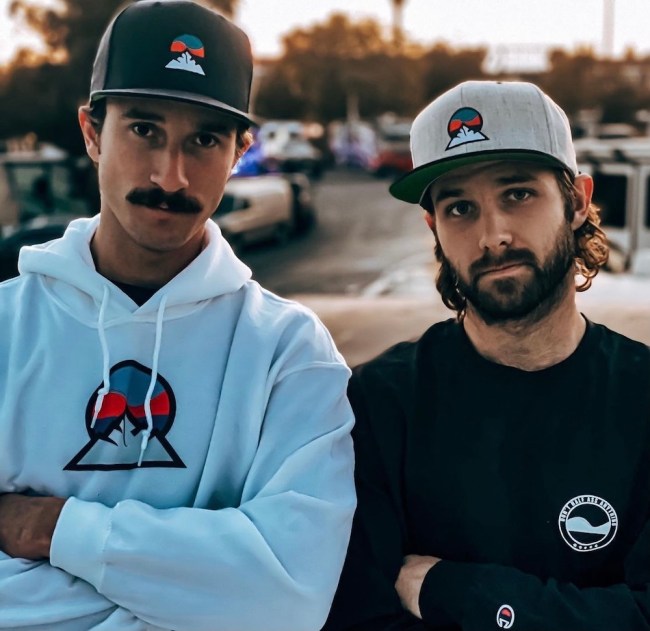 Presented in partnership with Don’t Half Ass Anything…

The great Matthew McConaughey once said to never half ass anything. While the actor has mentioned before that it was the most important phrase that was ever said to him as he began his career, two buddies, Hartley Erickson and Matt Miller, took the advice to another level.

Launching a brand called Don’t Half Ass Anything, the guys have traveled around the country getting their badass lifestyle brand out to the masses, building an online community who embrace the meaning of the powerful phrase. It takes a certain company’s “Just Do It” phrase and enhances it further — because, if you’re going to do something, you should never, ever half ass it.

Since both Hartley and Matt live their lives without half assing a thing, they’re taking the phrase to new heights… literally. With an upcoming ascent of Half Dome in Yosemite Park — one of North America’s biggest rock faces — the two told us how they’re prepping for the epic climb.

BroBible (BB): What made you all decide to climb Half Dome?

Don’t Half Ass Anything (DHAA): From the moment we discovered climbing, Yosemite’s big walls inspired us. We knew as we began climbing in a gym that the ultimate goal was always to get outside and train for a big wall climb. One of our favorite things about climbing is how its lessons are directly and metaphorically related to life. That’s why there are so many cliché motivational climbing posters. They are clichés because they are true.

It’s climbing Half Dome for us, but, for you, it could be starting a business, going to med or law school, training for a marathon, writing a book… or anything of the sort! No matter what it is, it takes a ton of preparation, failures, overcoming of doubts and fears, early mornings, long nights and execution that leads to the greatest lessons and memories.

Furthermore, this climb is for anyone who has ever wanted to do something that may seem daunting or scary, but is, ultimately, extremely rewarding to complete. Since any new endeavor takes a ton of work, we’ve done our best to document and share our experience as we prepare for this climb. Most of the things we are doing in terms of our content are not things we’ve done our whole lives. Many times, these are things we are doing for the first time — so it certainly keeps things interesting.

Through our documentations, our viewers could (if they feel so inclined) follow the prep of ascending Half Dome themselves! That’s the main reason we launched our YouTube Channel, and why we’ll be releasing our documentary at the end of the year.

BroBible (BB): Tell us more about what exactly goes into the preparation.

Don’t Half Ass Anything (DHAA): In short, it’s not half assing anything. So that goes for our physical training, climbing outside, getting more experienced with ropes, anchors, and gear placement and pushing ourselves to new heights. Also, with any training regiments, you can’t half ass your meals. We mean that quite literally.

Amidst all the hard work of building this business and training for a big wall climb in Yosemite Park, we make sure to have fun and provide as much value as possible. Whether it be through our products, blogs, videos, or anything in-between, and our partnership with the BroBible community is just one of the many ways we get to do that.

Stay tuned for more from our Half dome journey… see you all at the top!