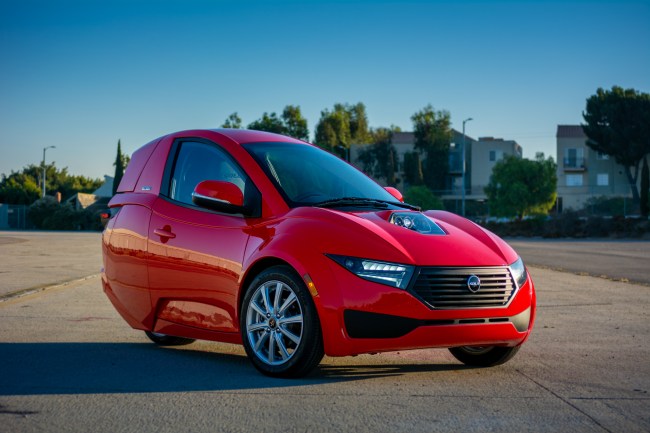 One of my favorite country songs of all time is Alan Jackson’s “Little Bitty.” While most radio row country songs are built on tired tropes about trucks and endless summers, Little Bitty is one of the rare times a piece of art gives you permission to think small.

It’s thesis is right there in the lyrics – “It’s alright to be little bitty.”

It celebrates the simple; the contentment that comes with working hard and being pragmatic.

It’s rare to find the little bitty in a car these days. Whether they use them or not, consumers expect bells and whistle in practically every segment of the car industry, from mid-size sedans to mini-vans.

That’s the genius of of the ElectraMeccanica SOLO – a single-seat, three-wheel electric vehicle targeted to short distance and urban drivers.

The SOLO is the flagship of Vancouver’s ElectraMeccanica Vehicles Corporation. The company is publicly traded on the NASDAQ under ticker symbol SOLO, with sales kiosks and storefronts are popping up in high volume retail environments around the country, including a storefront at Westfield Century City here in Los Angeles. This past summer, ElectraMeccanica started commercial production of vehicles, working with Chinese electric motorcycle manufacturer Zongshen Industrial Group. Stateside, the company is reportedly eyeing either the Nashville region or the Phoenix metro area to build an assembly plant as it starts to process orders and grow.

Prior to a wider roll-out in the United States, I got a chance to drive the SOLO during a launch experience at the Santa Monica Airport.

Let’s start with the price tag, because that contextualizes the entire need for a vehicle like the ElectraMeccanica SOLO.

The ElectraMeccanica SOLO is priced at $18,500 MSRP, well below the luxury sticker shock associated with many other electric vehicles.

Yes, the ElectraMeccanica SOLO is tiny, and, yes, looks like a modern interpretation of Cousin It’s iconic three-wheeled car from The Addams Family (…a Messerschmitt KR175). Despite the vehicle’s physical dimensions, it’s is engineered to feel like you’re in a much bigger vehicle. 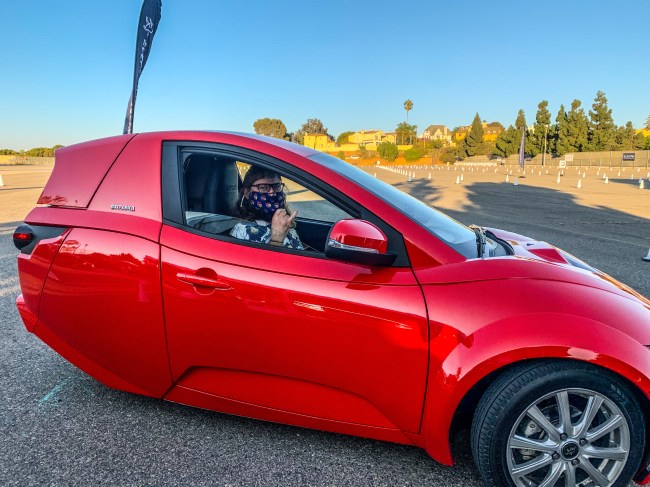 The doors open on both sides, making entry and exit easy. With a proper roof, hood, windshield, and steering wheel, the driving experience itself feels like you’re behind the wheel of a sub-compact car.

Interesting enough, the SOLO is technically classified as a motorcycle. 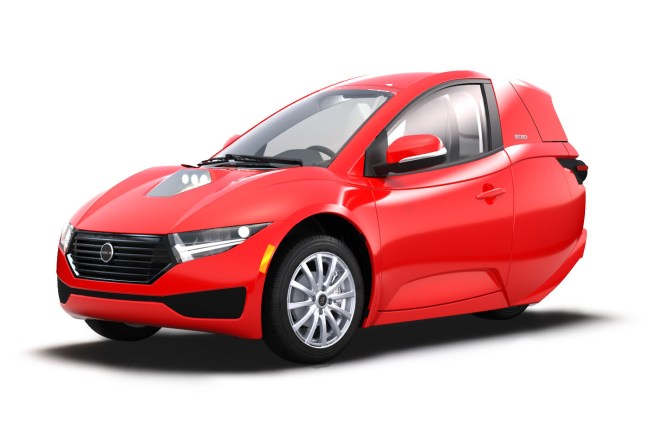 But don’t get hung up on such a little bitty detail… the SOLO claims to be far safer than a motorcycle and doesn’t require drivers to have a motorcycle license.

ElectraMeccanica designed the SOLO to have what car consumers expect from a vehicle with a roof: A trunk, Bluetooth stereo to crank tunes, air conditioning,  a heated seat, and a backup camera.

On top of that, the SOLO offers the same environmentally-conscious brag that all modern electric vehicles offer: Zero-emissions. It reaches a full charge in just three hours, plugging into the charging stations you see everywhere these days.

The real fun comes when you pedal down to experience its acceleration and handling. There’s plenty of giddy-up when the feet hit the pedal; It hugs a turn just as well as your four-wheel gas guzzler does. You feel like you’re in a proper car (because you are!), not an electric go-kart. Impressively, the SOLO can hit a top speed of 80 miles an hour, lasting 100 miles per charge.

You might not be taking it on a road trip, but it’s great for solo trips to the park or picking up takeout sushi.

Which is where the consumer practicality comes in: The ElectraMeccanica is the ultimate grocery getter. It’s an around town; a commute vehicle. A vehicle for running errands. Given its lightweight design and practicality, it could even serve well as an affordable second car for an RVer.

While the SOLO is currently the only vehicle in production from ElectraMeccanica, other electric vehicle lines are in the works at a higher price point, including a Tofino and eRoadster. These are both two-seater convertibles, modeled after the classic European sports cars that bare their name.

If a little bitty electric vehicle like this can handle a portly guy like me, you already know just how much fun it is to drive.

Here are some detail pics for a little better understanding on the SOLO’s dimensions: 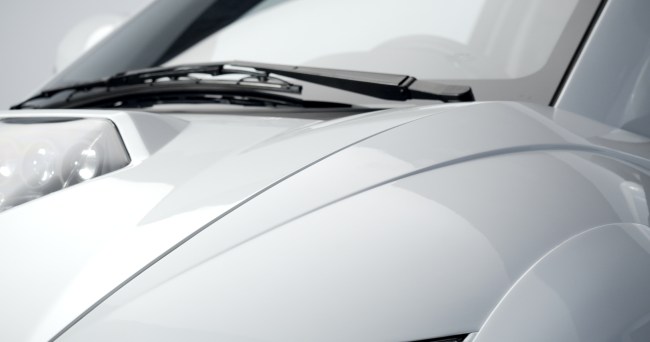 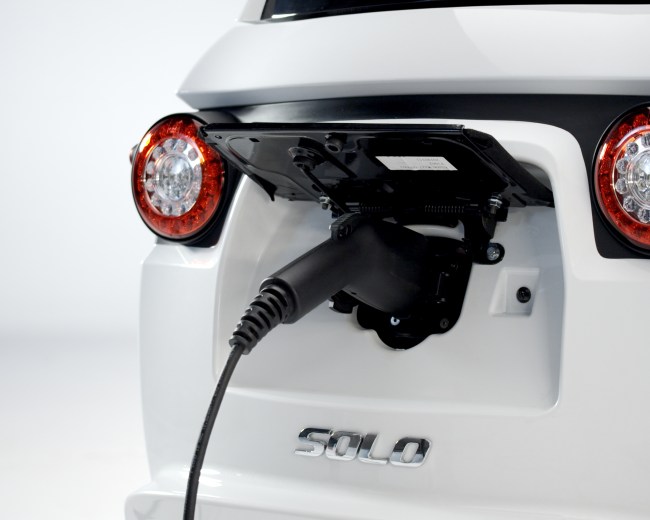 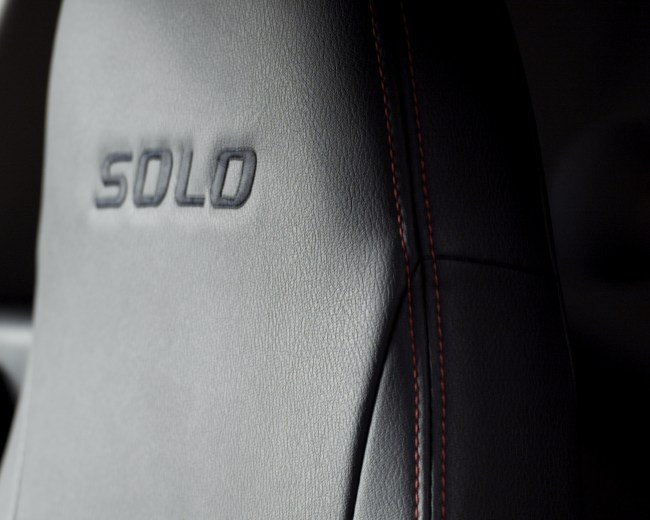 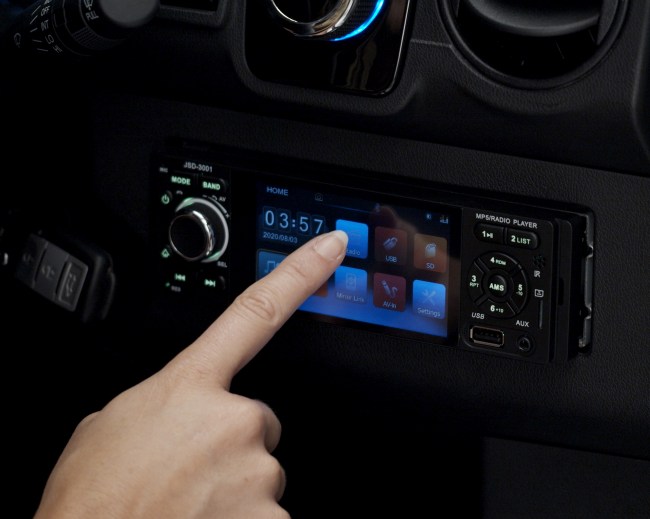 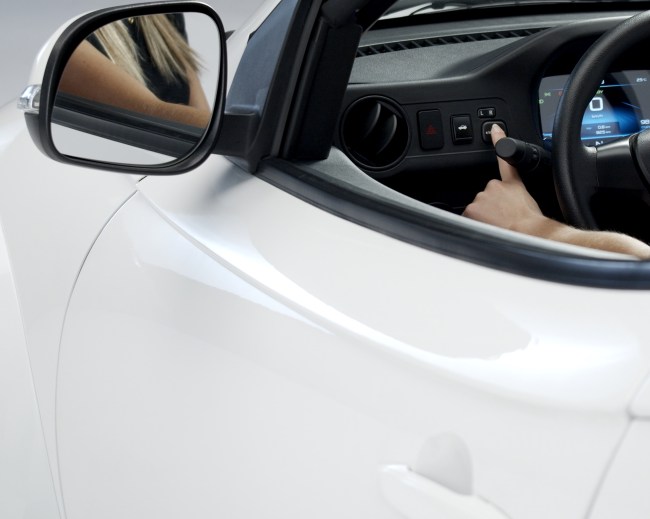 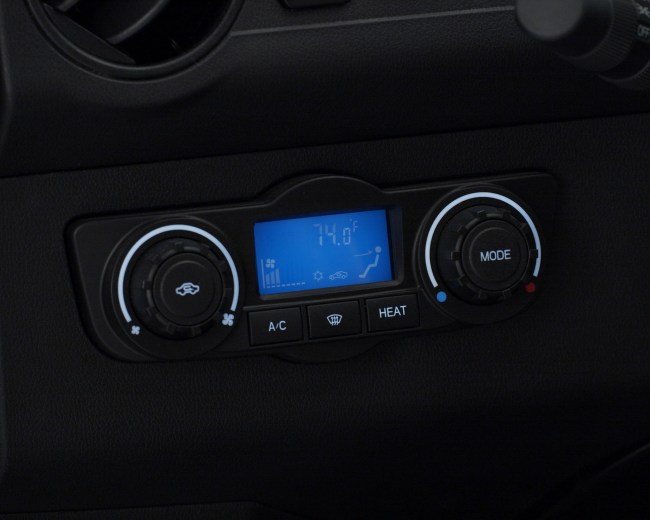 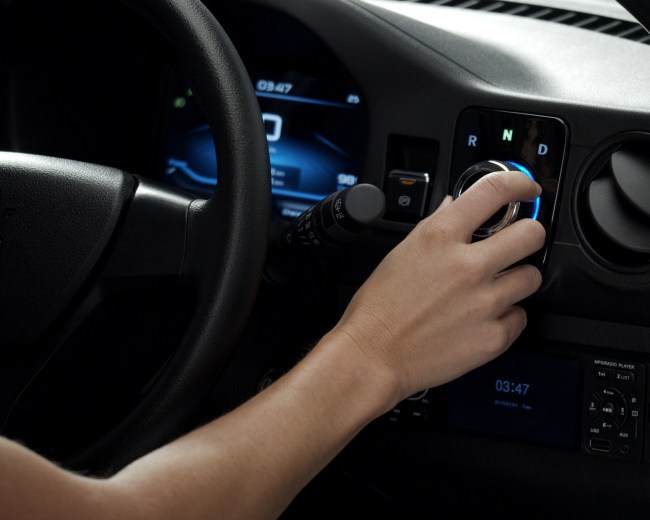 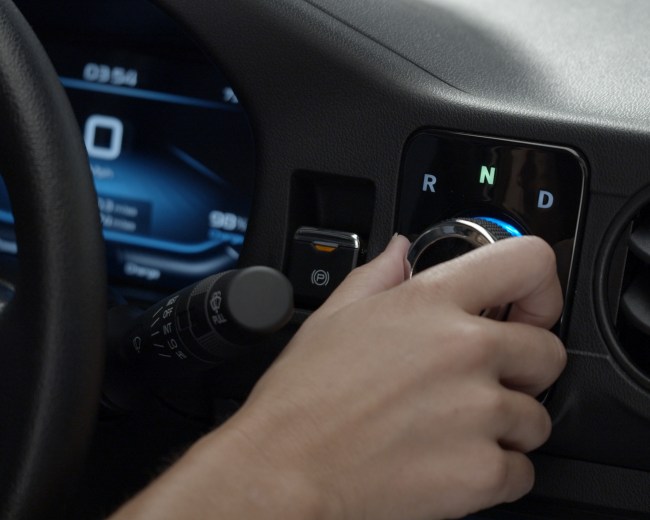 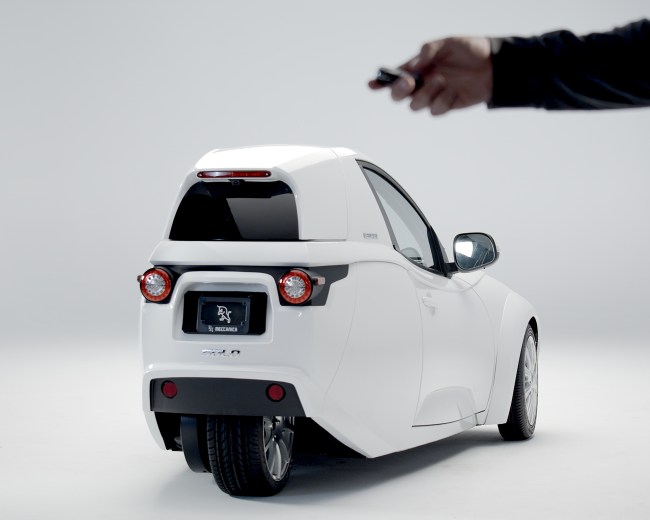 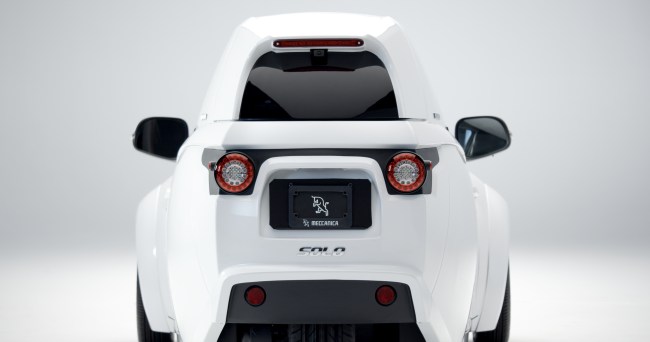 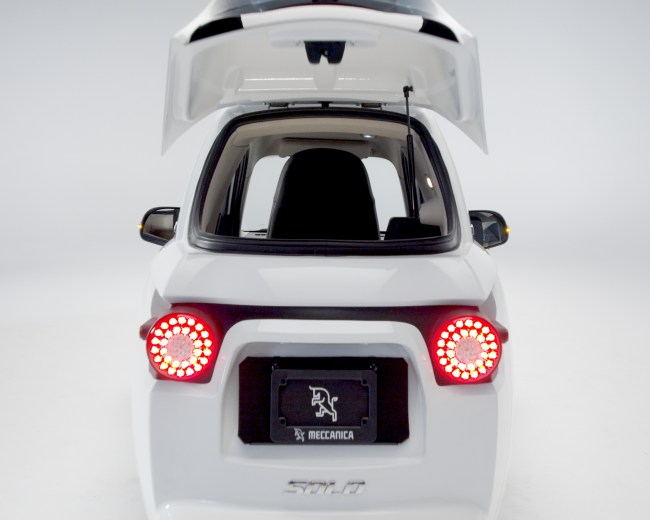