#Tech
BroBible may earn a commission if you buy a product or service via links in this article.
by Paul SaccaMay 24, 2017 11:34 am 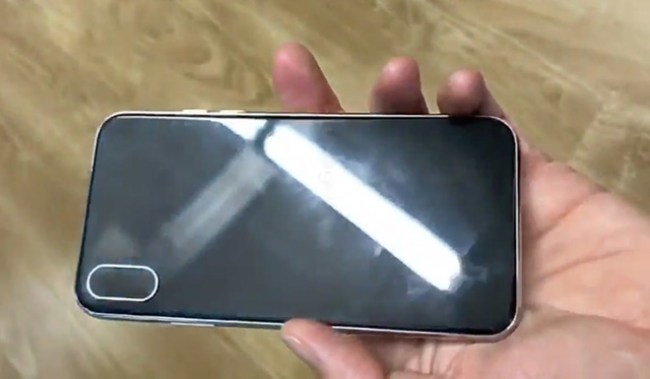 We have seen several possible prototypes of Apple’s highly-anticipated iPhone 8. But a video of a mockup of the iPhone 8 has hit the internet.

Tech leaker extraordinaire Benjamin Geskin appears to have gotten his hands on a dummy iPhone 8 handset and released the video.

Many outlets are saying that this mockup is probably the closest to the final iPhone 8 design that we have seen thus far. You can see the bezel-less handset with an edge-to-edge 5.8-inch display. There is a premium stainless steel border that connects the two glass sides much like the iPhone 4. But again, this has yet to be confirmed as a final rendering.

I really hope, that #iPhone8 will look like this.
Precise, Singular, Premium and very High Tech.

#iPhone8 is a massive update

Rumors over the past few months have hinted that the new iPhone is expected to have a curved OLED display for the first time. The tenth-anniversary phone is said to have a hefty price tag of $1,000.

The iPhone 8 is likely to be announced in September 2017 at Apple’s keynote presentation, but it is not expected to be released until November. There are even rumors that you won’t be able to get your hands on an iPhone 8 until 2018 because of claims that there are production issues.