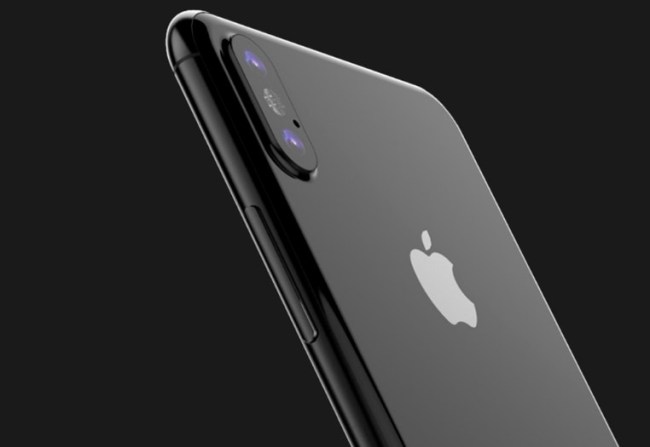 The release of the next iPhone will be special since Apple will be celebrating the 10th anniversary of their iPhone. The masses are expecting big things for the upcoming and unnamed iPhone. Based on the current rumors, we could see a radical design change, a return of glass back, removal of the home button, waterproof, wireless charging, 3D sensors, 521ppi pixel density, running on Apple’s A11 processor with 3GB of RAM, dual cameras, curved screen, and bezel-less display.

There is a possibility that there will be two different versions of the upcoming iPhone 8 and then a premium model that celebrates the 10th anniversary of the iPhone. The high-end handset, which is said to be named iPhone X or iPhone 10, may feature a curved 5.2-inch OLED screen and 3D sensors for facial recognition. This makes sense since Apple ordered 70 million OLED phone screens from Samsung.

Apple is rumored to be launching three new iPhones this fall: Two with a regular, LCD screen, and a “premium” variant that will have a curved OLED screen. Judging by the size of this order, Apple expects this version — which is also rumored to be pricier than usual — to sell well.

The two iPhones are said to have LCD screens with displays sizes of 4.7-inches and 5.5-inches, the same as the iPhone 7 and iPhone 7 Plus.

Leaked images from last week show a new iPhone casing that show a vertical camera setup, flat sides, and a rear fingerprint sensor. Plus Apple may ditch the lightning cable for a USB-C connection.

iPhone 8 looks to be taking a new direction pic.twitter.com/mG19bcDYiC

However, new leaks suggest that the fingerprint scanner is not on the back of the camera but rather on the front display, something Samsung was not able to get done on their S8 and S8+ phones. The leaks also suggest that the new iPhone will feature a glass body with aluminium border and edge-to-edge display. Graphic designer Benjamin Geskin took all of the recent rumors to create possible images of what the sexy new iPhone may look like.

THIS IS IT.
2017 OLED iPhone. #iPhone8 #iPhoneX #iPhoneEdition

Beautiful! But don’t get your hopes up too much because you may have to wait until 2018 for this bad boy. 9To5Mac reports that mass production of the iPhone 8 has been delayed to October/November.

KGI says that a delay of one to two months for the production ramp of iPhone 8 will hurt Apple’s calendar 2017 sales as customers will want to wait for the shiny new device to be available. Most customers who want the new iPhone will simply buy it when it is finally available even if that means early 2018.