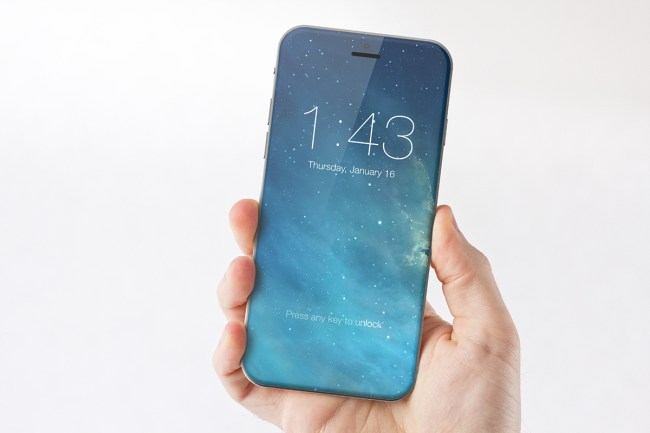 The first generation iPhone was released on June 29, 2007, so this is a monumental year for Apple as they unleash the iPhone 8, which is their 10th anniversary handset. But if you want the upcoming iPhone you had better start saving your pennies right now.

There are expected to be some breakthrough features on the currently unnamed device which could push the price of the iPhone 8 to unheard of levels. In a report in Fast Company, they suggest that Apple’s “iPhone X” or “iPhone 8” is likely to be price tag above $1,000 thanks to these rumored features:

By ditching the physical home button on the front (Which could be on the back or as a digital button or both) the OLED display is expected to encompass the entire front of the phone.

There are rumors that Apple will launch three different versions of the iPhone X this fall including the 5.8-inch OLED and two LCD screen-equipped versions with screen sizes of 4.7-inch and 5.5-inch that will be cheaper than the flagship handset. OLED displays provide better contrast, brightness, and reduced power consumption than LCD screens.

The $1,000+ price tag would be the most expensive iPhone that Apple has ever produced, edging out the top-of-the-line 256-gigabyte iPhone 7 Plus, which costs $969.

You can expect a rollout in September during their annual keynote event.