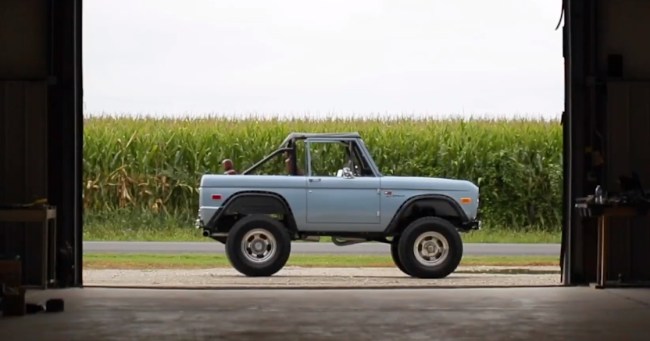 The Ford Bronco is a piece of Americana. In 1966, Ford released the Bronco and deemed it to be “the first four-wheel-drive sports car.” Getting your hands on a first-generation Ford Bronco that was in production from 1966 until 1977 which is in working condition would be an extremely tough proposition nowadays. However, one restoration house is breathing new life into old Ford Broncos and you’re going to definitely want one. 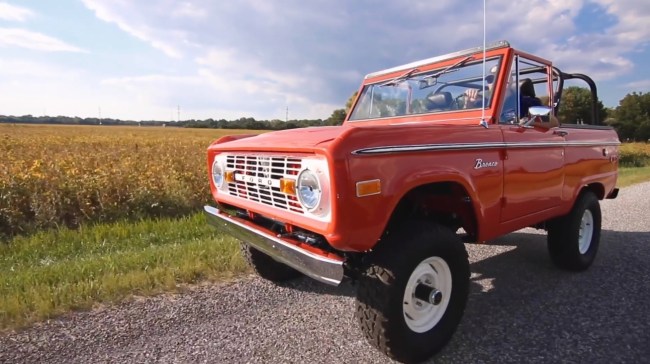 Despite that the term “Sport Utility Vehicle” was not an actual thing until the late 1980s, the first generation Ford Bronco was arguably one of the first SUVs and provided a blueprint to what future models of the genre would look like. While everyone is eagerly awaiting the arrival of the revamped Ford Bronco for 2020, a blast from the past is coming back and it looks spectacular.

The restorative professionals at Gateway Bronco have made it possible for you to own classic Ford Bronco that is modernized and looks as magnificent as ever. Gateway Bronco was founded by engineer Seth Burgett in 2016 and they do such an amazing job that they are officially licensed from Ford to create Broncos.

This modernized first-gen Ford Bronco built from the ground up is certified to recondition and meets Ford standards. These old school trucks utilize a re-manufactured body but maintains the original Ford VIN number and frame. The vehicles receive enhancements on the suspension and chassis components, major mechanical upgrades, and improved interior.

At Gateway’s 60,000-square-foot factory in Hamel, Illinois, the company provides rust proofing on frames, differentials, and suspensions. The paint jobs are nearly identical as the first Ford Broncos as they have created a database of original colors.

There are three different renovated classic Ford Broncos available from Gateway. The base model is the Fuelie, with a fuel-injected 347 Stroker V8 engine and either a four-speed automatic transmission or a five-speed manual. Inside there is “original” leather upholstery and sound-proofing that reduces cabin noise. You can customize these resto-mods with either cut or original fenders and a bikini top or a full hard top. The Fuelie comes with a two-year warranty.

Next up is the Coyote Edition featuring a 2018 Coyote 5.0L V8 engine from the 2018 Mustang GT and either a four-speed automatic or a five-speed manual. The Coyote has all of the options as the Fuelie plus a three-year warranty.

The top-of-the-line revigorated truck is the Modern Day Warrior. This too has the Mustang GT engine, but this one comes paired with a six-speed Raptor transmission. The cabin boasts noise reduction and vibration reduction, plus genuine Porsche leather interior. The Modern Day Warrior comes with a five-year warranty and lifetime warranty on select components.

However, revamping a 50-year-old truck from the junkyard to practically brand new comes at a hefty price. The Fuelie costs $120,000, the Coyote will set you back $150,000, and the gorgeous Modern Day Warrior has a price tag of $180,000. You may want to wait to see how much the 2020 Ford Bronco will cost before plopping down that kind of money, but then again these are some incredibly awesome trucks no matter what the current year is.

Do you want to see how they restore these old clunkers into modern works of art? Here is the video of how Gateway builds their Broncos starring the company’s CEO Seth Burgett.

Here is the first commercial by Ford for the Bronco back in 1966.