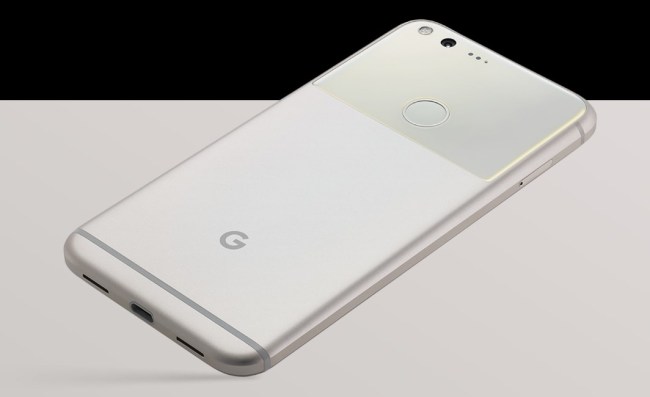 Apple’s iPhone X has dominated headlines the last week and now Google will attempt to wow consumers when they launch the Google Pixel 2 on October 4th. The successor to Google’s delightfully suprising first handset has a new website that asks potential users if they are “thinking about changing phones?”

Rumors of the Google Pixel 2 have been swirling for months, but with only weeks away until the phone’s big debut, we have a pretty good idea on what the new handset will offer. The guts of the Pixel 2 are believed to have a brand new Snapdragon 835 or 836 processor (But most likely the 836, which is the same chip that powers the Galaxy Note 8 and other newer flagship phones), with 4GB of RAM, and 128 GB of storage. The phone will ship with Android Oreo already installed. There will be two different sized phones, the smaller will have a 4.97-inch screen and the XL will have a 6-inch (Previous XL had a 5.5-inch screen) QHD AMOLED display with 18:9 aspect ratio. The new Pixel will go the route of the Samsung S8 and the iPhone X by ditching the bezels to make it less bulky but still have a large screen.

Android Police provided this render of what they expect the Google Pixel 2 to look like.

The Pixel 2 is expected to have a metal and glass body and said to be water and dust resistant. The camera, which was already outstanding in the first generation, will be improved and packed with more features. According to a recent FCC listing, the Pixel 2 boasts squeezable pressure sensitive sides with a feature called “Active Edge.” This will allow you to command the phone to perform various tasks like opening apps or turning on the camera simply by squeezing the sides of the smartphone. There are rumors that the new Pixel will feature two front-facing stereo speakers, but it will come at the expense of the 3.5 mm headphone jack. It is believed the adapter will be included to support the lack of a headphone jack. Leaks have confirmed that the hanset will offer a new always-on display, similar to the one found in Samsung’s Galaxy S8 and Note 8. Google will once again be touting their virtual assistant in the new Pixel.

Exact pricing hasn’t been mentioned as of yet, but many believe the Pixel 2 will have a pricepoint of $700, which is $50 more than the original Pixel. Last year’s Google Pixel XL had a premium pricetag of $749, so expect at least $800 for the newer model. There is high probability that the new Pixel will only be available through Verizon as was the case as the first Pixel. Despite being exclusively sold in Verizon stores, it will still be compatiable with other carriers and you can still purchase the phone directly from Google.