#Star Wars
BroBible may earn a commission if you buy a product or service via links in this article.
by Paul SaccaFebruary 18, 2018 1:13 pm 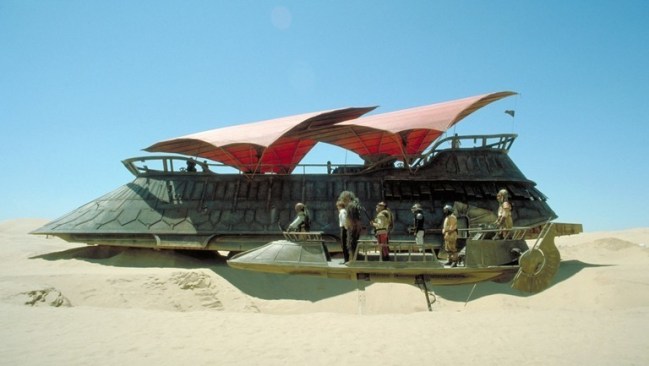 When you were a kid did you have all of the awesome Star Wars toys? The Millennium Falcon, Rebel Armored Snow Speeder, an Imperial TIE Fighter, Boba Fett’s Slave I ship, Y-Wing Fighter, X-Wing Fighter, and who could forget that huge AT-AT? Now Hasbro is taking Star Wars toys to a new place – crowdfunding amazingly intricate and authentic Star Wars toys.

Star Wars fans have been yearning for the Sail Barge that was used by Jabba the Hutt since 1983 when Star Wars: Episode VI Return of the Jedi. Now, Star Wars fanboys can get their hands on a Khetanna, the sail barge manufactured by Ubrikkian Industries and owned by the sluggish crime lord.

Hasbro created Haslab which they describe as a “new crowdsourcing platform that hopes to bring dream products into the hands of fans.” Fans will be able to financially back Star Wars toys that they want to be built. “With your support, the time has come. With intricate detailing, premium materials, superior functionality and grandiose size, it is poised to be one of the most sought after, must-have items in the Star Wars collection,” Haslabs says.

If there is enough support, Haslabs will make the toys and if there is not enough interest they won’t and backers will be refunded their money. “With your support, our goal is to make products that are trophy items both in significance and size that fans have been clamoring for,” Haslabs says. “Once the campaign is backed with the minimum number of backers as listed by the deadline, Hasbro will bring the product to life.”

The first potential product of Haslabs will be a Jabba the Hutt’s Sail Barge and this will be big. Literally, the model will be nearly 4-feet-long.

Designed to captivate and inspire, The Vintage Collection Jabba’s Sail Barge (The Khetanna) features exquisitely detailed, fan accessible decks that complement 3.75-inch figures (not included) allowing fans and collectors to recreate intense battles in the Star Wars saga. Its removable side panels also offer a unique opportunity to pose and set up incredible dioramas. Complete with premium deco, vintage packaging, and soft cloth sails, this dream product offers Star Wars devotees the quality and realism they know and love. Included with the vehicle is Jabba the Hutt (3.75-inch scale figure).

But it will also have a big price — $500 for this toy. The Khetanna will get the green light only if they get 5,000 orders for the Jabba’s Sail Barge. At the time of publication, 835 have funded the project and there is still 44 days to go. This could change the landscape of toys and collectibles as manufacturers only make things that the public demands. 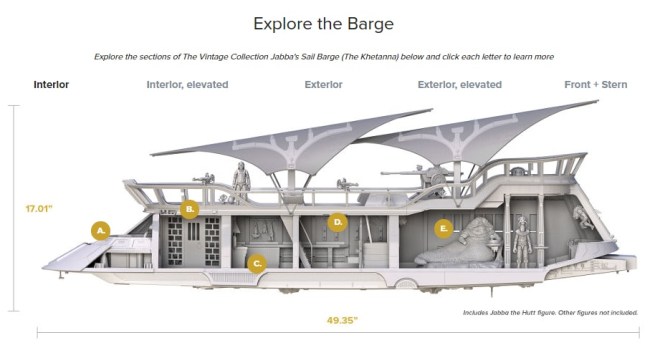