REVIEW: Lagavulin’s Special 12-Year Release Is One The Most Unique Scotches You’ll Ever Try

#whiskey
BroBible may earn a commission if you buy a product or service via links in this article.
by Connor TooleOctober 28, 2022 2:38 pm 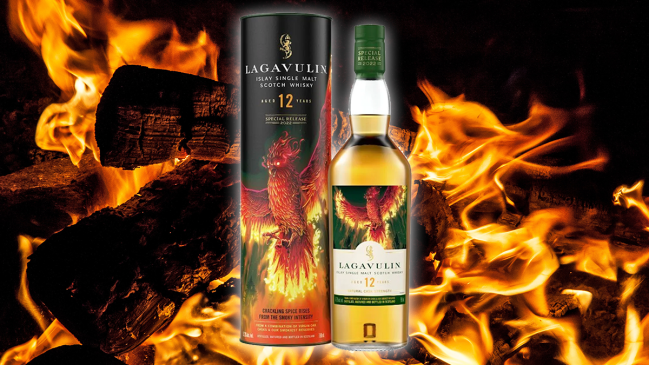 As someone who’s tried a lot of different whiskeys (and is partially motivated to write about them to justify how much of the spirit typically drink on a weekly basis), there are certain bottles that stand out when looking back at the hundreds of different options I’ve tasted over the years.

I’ve been lucky enough to check off unicorns from the Pappy Van Winkle and Weller family, exercised more self-restraint than I ever have while spending years nursing a bottle of the now-discontinued Hibiki 12, and fondly remember the night I spent close to an hour savoring a small dram of a 44-year-old offering from Talisker.

However, prior to this month, there was never a whiskey I found myself repeatedly thinking about weeks after I got the chance to try it—but that all changed when I was introduced to the limited-edition 12-year-old from Lagavulin that comprises part of the widely sought-after Special Release lineup spirits giant Diageo unveiled for the 2022 installment of its annual drop.

The “Elusive Expressions” collection contains bottles from eight legendary Scottish distilleries, including Oban, The Singleton, and Clynelish. I got the opportunity to try a few of them side-by-side, and while there’s not a bad batch in the bunch, Lagavulin’s not only immediately stood out but stuck with me in a way no other whiskey (scotch or otherwise) has been able to. 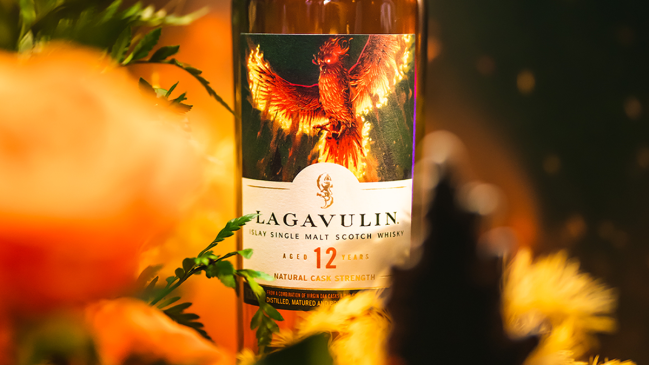 If you’re familiar with Lagavulin, you’re likely aware the distiller is known for products boasting the incredibly smoky and peaty nature of the Scotch whisky that defines the Islay region it’s called home since officially opening for business in 1816.

Those notes are front and center in the vaunted 16-year-old that’s arguably the distillery’s flagship (and were amplified in the 11-year-old Charred Oak variant that served as the third installment of its partnership with Nick Offerman). However, it turned things up to 11 with 2022’s wildly unique Special Release.

Much like you should never judge a book by its cover, you typically want to avoid making assumptions about a whiskey based on its label. However, the fact that a fiery phoenix graces this one isn’t a coincidence.

Lagavulin’s single malts have always had a spicy character, and the heat of a cask-strength whisky that clocks in at 114.6 proof (57.3% ABV)  is immediately reflected in its impressively smoky nose. With that said, you buy scotch to taste it, not smell it, and you’ll likely be in for a bit of a surprise once you take a sip.

While the liquid is distinctly Lagavulin, the fairly tart citrus and slight saltiness that greet you when you sip it only hang around for a few seconds before your palate starts to get invaded by the smoke and a tingling sensation that almost mimics the sensation (and flavor) that comes with taking a nibble of a mild jalapeño pepper; it’s not an overwhelming burn by any means, but one that lingers and lasts for an impressive amount of time.

As I alluded to before, that taste also lingered in my mind for so long that I eventually decided to reach out to Diageo Master Blender Dr. Craig Wilson to get some insight into how it came together. He was kind enough to answer a few questions via email about the creative process, saying:

“This year, the decision was made to make as smoky a Lagavulin as we could. The approach did change slightly during liquid development when the virgin oak casks were added as a top dressing, just to add a little spice to the character which complemented the smoke beautifully.”

He said the barrels that were picked to go into the batch were essentially the result of a scavenger hunt inside Lagavulin’s warehouses to find the ones that fit the desired profile, and the liquid inside those casks also got some help after being transferred to a new home prior to bottling:

“The blend is mainly refill casks, as we wanted to preserve the vibrant smokiness which is found in Lagavulin spirit.

The spice was added by using whiskies finished in virgin oak casks which contain high amounts of tannins due to not having previously been used.

I’d imagine some of the heat is also coming from the spirit itself which has remained at a high ABV despite twelve years in cask.”

You’ll have to shell out a bit more for the Special Release than you would for one of Lagavulin’s more widely-available options, but if you’re looking to treat yourself (or someone else) to one of the most distinctive whiskeys I’ve ever tried, I can’t recommend this one enough.