Best Leaked Galaxy Note 8 Photos Yet Show Dual Cameras, But There Might Be One Problem 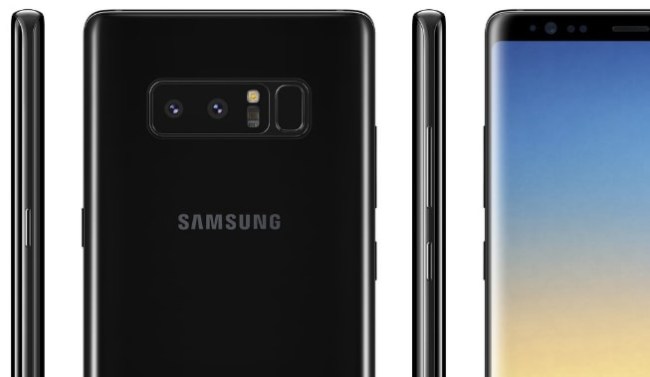 Samsung has a lot riding on the upcoming Galaxy Note 8, and they need to create a near-perfect handset to sweep away the fiery disaster that was the Galaxy Note 7. The Note 7 was released last year, then recalled completely after several incidents of the battery catching on fire. Samsung has had a remarkable launch of their Galaxy S8 and S8+, many calling it the best phone on the market right now. The Note 8 will attempt to continue the success of the other Samsung flagship handset with another stunning phone.

The Galaxy Note 8 will be officially announced on August 23 at a press event in New York, but thanks to these leaked photos we get a sneak peek at Samsung’s newest innovation. Blogger and phone leaker extraordinaire, Evan Blass, released images of the new beautiful smartphone.

The design is nearly identical to the S8 and S8+, with edge-to-edge curved display that is nearly bezel-less, and it appears to have even more screen surface. Samsung’s robust top-of-the-line phablet is expected to flaunt a 6.3-inch, 2:1 aspect ratio, QuadHD (2960×1440) “Infinity Display.”

Plus the device will offer it’s signature S Pen stylus.

When it rains etc. pic.twitter.com/D0lFR5Wn1B

The Galaxy Note 8 is expected to feature Qualcomm’s fastest Snapdragon processor, face recognition, support for wireless charging, up to 6GB of RAM, and a 3300mAh battery, which will hopefully not explode. There is no physical home button. New to Samsung’s flagship line is a dual-camera. The dual-camera system is expected to offer new features:

Unfortunately, it appears that the Note 8 will have the fingerprint reader on the phone’s back, and not built into the display. The problem with this design is that you will tend to smudge your camera lens every time you use the fingerprint sensor with your greasy hands.

The Note is expected to go on sale not long after it is debuted on August 23.

While we don’t know officially what the Note 8 will look like, that hasn’t stopped graphic designer Benjamin Geskin from imagining what the Note 9 might look like when it hits the market in 2018 with this concept illustration. Technology never stops.