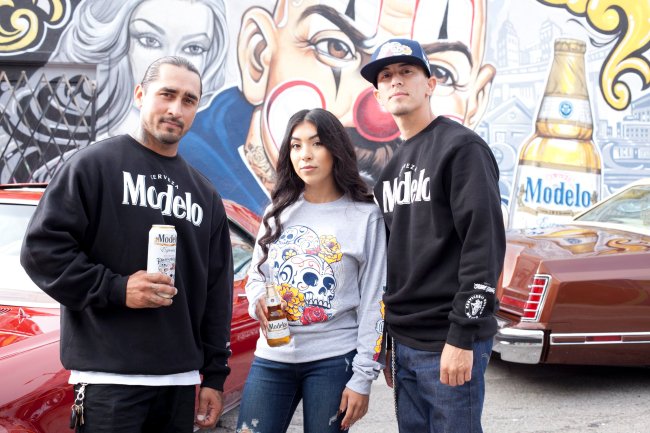 Mister Cartoon is a proverbial legend in the tattoo and street art world.

The Los Angeles-based artist has inked some of the most iconic cultural figures of our era in his signature fineline style, including the following:

His murals can be found all over Southern California.

This year, Modelo is linking up with Mister Cartoon to celebrate Día de los Muertos with limited-edition cans and merch. The art for the collab can be found on the 24 oz. Modelo Especial and Modelo Negra LTO cans for a limited time, honoring the tradition of Día de los Muertos and a beer brand born in 1925 in the small town of Tacuba, Mexico. 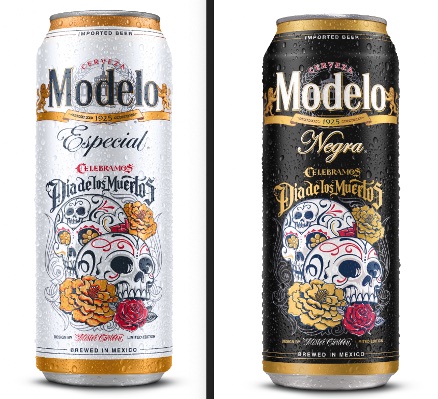 “As a Mexican American, working with Modelo to spread the word about Día de Los Muertos has been important to me,” explains Cartoon in a statement. “Often misunderstood, the holiday is actually a time for celebrating our lost loved ones. By teaming with Modelo, I was able to create art that honors the tradition of Día using my street style of artwork at the same time paying homage to my own heritage in the process.”

You can grab the Modelo x Mister Cartoon collab through the brand’s national Modelo Día de Los Muertos Sweepstakes on their website or purchase online and at Zumiez stores for a limited time. The collection includes hats, T-shirts, sweatshirts and a tote bag, as seen below.

I recently got a chance to hop on the phone with Cartoon to talk about the collab. 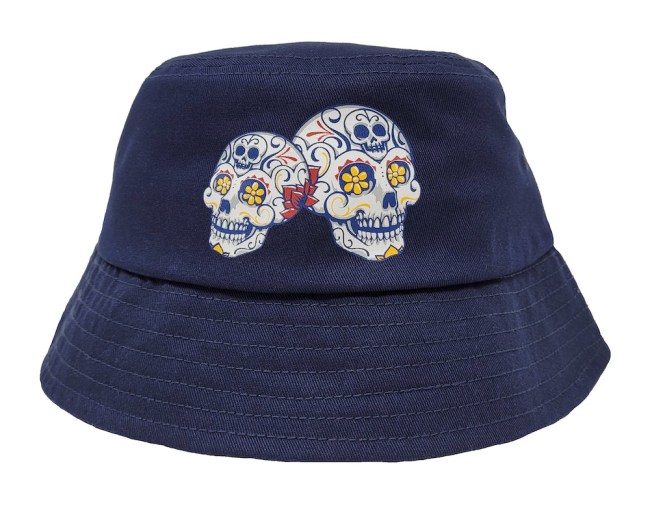 Let’s talk about working with Modelo. This collab rules. What’s the backstory?

Cartoon: We get thrown a lot of brand collabs. We don’t do them all – We have to go through it and figure out if we want to do it. One of the deciding factors is always how much we love the brand and what they want to do. I already love Modelo, so for me it was very easy to go “hell yea, I’m going to do this.” Then we sit down and brainstorm. We have a couple of different meetings and we start to narrow it down.

When I actually sit down and enable sketch all the stuff out, it’s surreal. A). You’re just tiring or that a deep tradition to it. And B). – it’s going on something that is in getting in the hands of lot of your culture. Your people are going to see this stuff.

So I wanna stick to the solid icons –  Things that won’t change over time. I want to stick to tradition and put my twist on these old school icons. This is the first time Modelo has designed a collaboration for a can, so this is some sacred stuff. 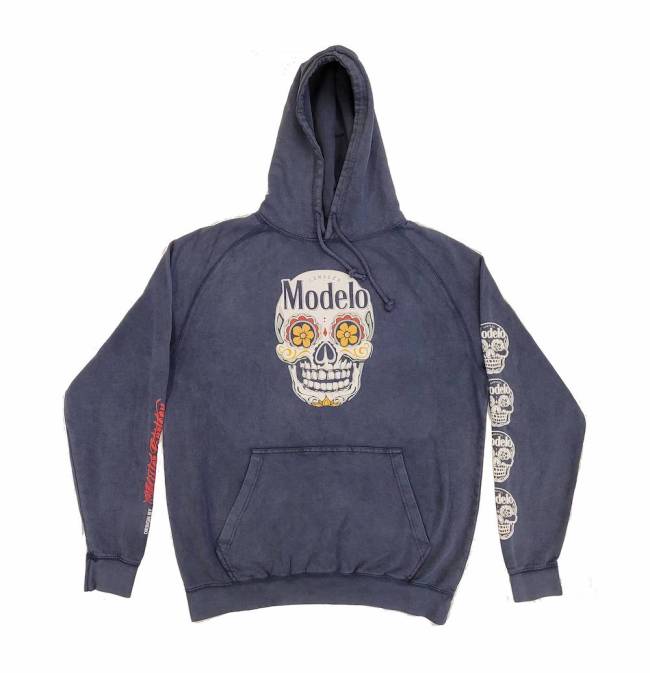 There’s also kind of like sacred iconography with Día de los Muertos. What’s it like to work with that and apply it commercially?

Fortunately, Modelo is a hip brand. They get it, they love it, that we’re able to combine all these different elements together.

We’re talking about a traditional holiday that’s a really beautiful holiday. Día de los Muertos is not a morbid holiday. It’s not what we think about death.

This is the way to go about it. Día de los Muertos is how we honor our lost loved ones – we throw a party for our loved ones and remember the good times by being surrounded by our loved ones. 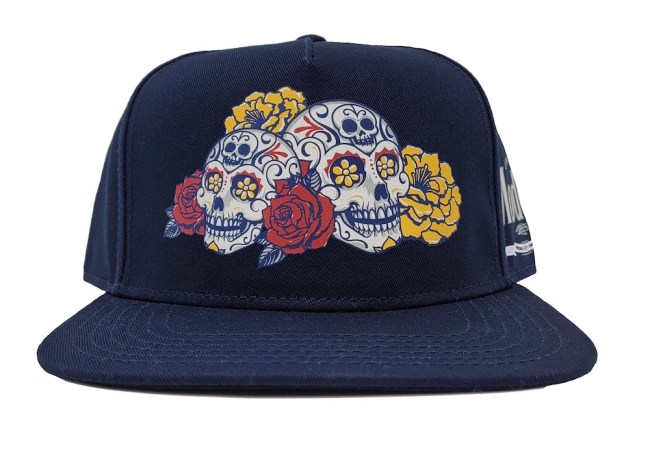 What are you hoping that consumers take away from it?

They’re just going to enjoy the beer around the holiday and dig it – that’s what they’re gonna get out of it.

My artist friends, however? They’re gonna see and be like ‘Oh man, ‘Toon did this – what would my can look like? How would I approach something like this?’

The whole fighting spirit that Modelo stands for is about seeing yourself at maximum speed and trying to live up to that. Visualizing yourself winning and pushing beyond the threshold – the cold pain.

I love it, they really let me be me – keeping the artwork respectful, with my twist and my edge. 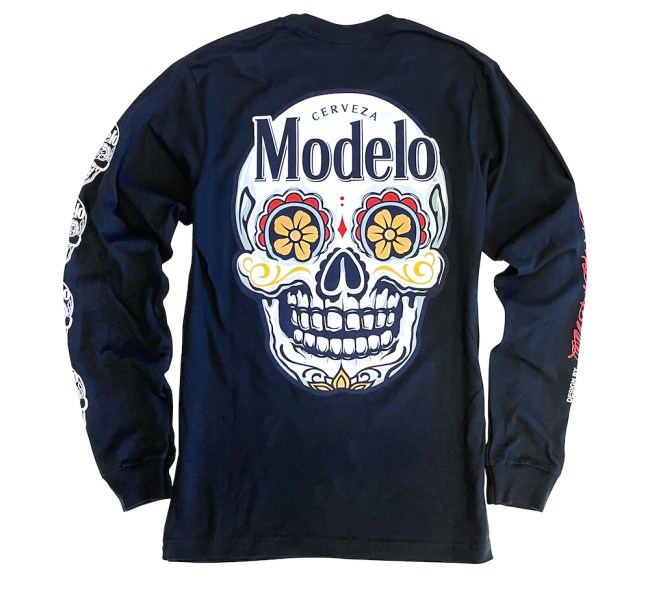 Obviously designing commercial art and designing art for art’s sake is very different. What are some things you’ve done lately that you’re really proud of?

One of the things that I’ve done recently is just a giant community mural in the neighbor. It was cool to just be on ladders and crazy cranes. It was pretty raw – in the age of Photoshop and all these cool things to make our life easier, it’s cool for me to just be on a ladder with a can of paint in my hand, leaving a mark on the community. I like to balance it out between a dope, big collaboration like this one with Modelo and doing raw graffiti or a mural – something for the masses.

There’s so much attention on NFTs. I have to imagine you’re doing something in that space.

I’m in the middle of all that. I like hand-done, traditional artwork. Put a candle and a brush in my hand and I’ll do it. But… I’m working in Adobe Fresco. You know what I mean? I can paint them by brush, totally on glass, or I can vector them for the masses. We have so much art under our belt, we have to embrace technology in order to show it to the masses. I didn’t go to art school – but I’m ready for art school now, at 52.

They say that college is wasted on the youth, but teaching myself these programs and keeping up with this stuff is my thing. I love the opposite of that too – tattooing raw skin, etc.

So are you embracing the NFT thing?

I’ve already done an NFT – I did one with Cypress Hill. I’m working on one with Scott Campbell, a known tattoo artist. I’m doing one with Beyond The Streets. I don’t see it going back the other way. You talk to my kids, everything they do is buying that stuff.

I worked with Grand Theft Auto doing the backgrounds on video games. I’ve done uniform from Madden and FIFA and stuff.

The artwork is definitely going that way and it ain’t going back. 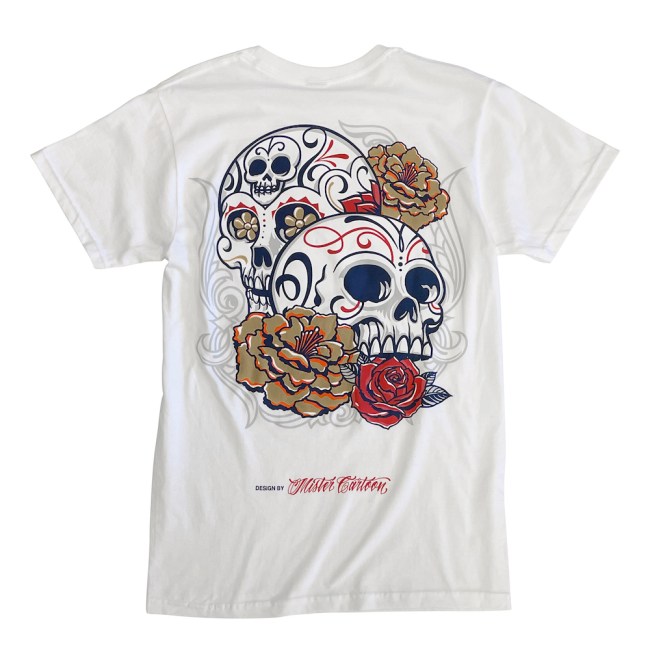 Because of the nature of your art, you’ve been able to apply it to so many different mediums – like tattoos. Is there a dream project you have? What’s the artistic itch you want to scratch?

Modelo, I can check that one off.

Then it comes down to animation – doing more animation to living up to my name.

I want to make animation that basically makes my heart move. You get to have a conversation with music and sound effects. I’m working on making that happen right now.

My dream dream – I guess if Chevrolet called me and they’re like ‘Look, I want to remake the Impala and make it cool again’ – I would love to do that. Or if they’re thinking about bringing the Bel-Air back, I’d be like, ‘Okay, I’m on that.’

You can make them electric… That’s cool. We charge our hydraulics with battery, so why not just recharge the whole car.

So, yeah. I’m ready to redesign the Impala.

That would be so cool. 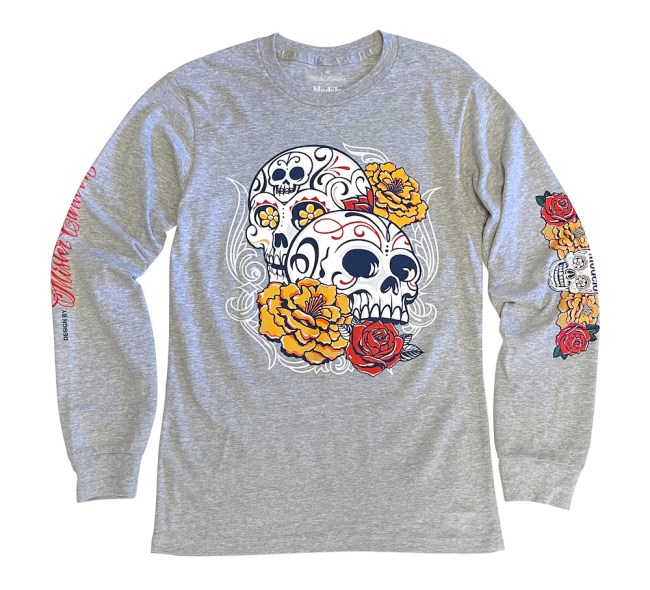