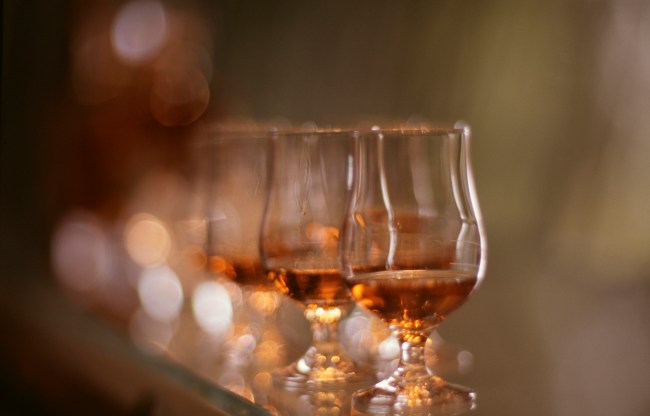 I found my mind wandering the other day and pondering if luxury items like high-end watches, cars, and whiskey will see their prices drop as a result of everything that’s going on around the world. I don’t collect rare whiskeys because everything in my home bars gets drank sooner or later but I’ve had my eye on a specific watch for several years and I was curious if now would be a good buying opportunity. Well, if last week’s Sotheby’s auction is any indication the high-end/luxury world is completely unaffected thus far.

The Sotheby’s Auction House in London held a Finest & Rarest Wines and Spirits auction last week and it set some serious records. A bottle of Karuizawa 52 Year Old Cask #5627 Zodiac Rat 1960 became the most valuable Japanese whiskey bottle on the planet, and two cases of the infamous Chateau Cheval Blanc 1947 sold for $614,000.

I’ve only had Chateau Cheval Blanc once and it wasn’t the 1947. That vintage is believed to be one of the finest wines ever produced. With that said, I cannot fathom dropping over $600K on wine during an uncertain time like this.

The Japanese whisky record was the auction’s crown jewel:

Karuizawa was founded in 1955, they specialized in Scotch-style whisky by using imported Scottish barley, and remained Japan’s smallest distillery. They stopped making whiskey in the year 2000 and in 2006 their remaining stocks were purchased by Number One Drinks Company. The 1960 was their oldest expression in stock and the bottles were priced at $15,000/each. One just sold for $435,273…$15K to $435K in 14 years.

Some other highlights from this absurd Sotheby’s auction include: