The Most Valuable Hot Wheels Car In The World Is Worth More Than An Actual, Brand New 2020 Aston Martin

BroBible may earn a commission if you buy a product or service via links in this article.
by Paul SaccaDecember 28, 2020 10:25 pm 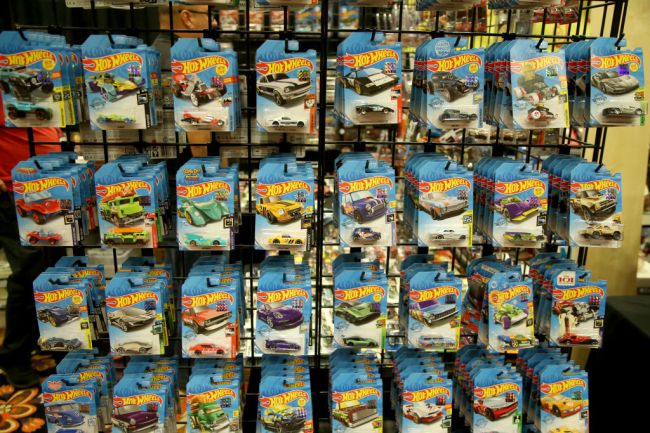 You bought hundreds of $1 Hot Wheels cars during your youth. But did you know that your old diecast automobile models could be worth tens of thousands of dollars? One particular rare Hot Wheels is worth more than an actual brand new Aston Martin. Quick. Where are your old Hot Wheels cars? In your parents’ attic? In the garbage? Buried in your backyard after your dog ate them and deposited them in the dirt?

A “Beach Bomb” Volkswagen bus from 1969 (nice) is estimated to be the most valuable Hot Wheels car on the planet. This collectible is estimated to be worth as much as $150,000 because of its extreme rarity and its nearly perfect condition. That’s more money than it would cost to purchase an actual 2020 Porsche Taycan 4S at $146,120 or a 2020 Aston Martin Vantage at $149,000.

The lucky owner of the most valuable Hot Wheels model is Bruce Pascal, a Washington DC-area commercial real estate executive and toy car collector. Pascal’s Beach Bomb is way more than any of your Hot Wheels, even more valuable than your Smokey and the Bandit ’77 Pontiac Firebird. The California-centric 1/64 size model was based on the Volkswagen bus, including surfboards hanging out the back window. The toy was never sold in stores and was a prototype that never saw the day of light outside of Mattel’s corporate offices.

Pascal said there were approximately 144 prototypes, and there are only 50 known in existence today. One Beach Bomb prototype was featured on an episode of PBS’s Antiques Roadshow in 2016, and it was appraised to be worth $100,000 and $150,000.

“When it comes to any field of collecting, there’s always that pinnacle ‘Holy Grail’ item where it’s just that the supply that’s out there can no way meet the demand and that causes the price to go through the roof,” Travis Landry, an appraiser with Bruneau & Co. Auctioneers of Rhode Island, told CNN.

Pascal owns four so-called rear-loader Beach Bomb prototypes, all are worth at least $25,000 a piece. Pascal said he has no plans to ever sell his $150,000 toy, but his wife has other ideas.

“My wife says she has one request.” he said. “If I die and I leave her 7,000 toys and paper items, she will just be devastated.”

Sell it Bruce. Get yourself a real Ferrari or something.