This Is Not A Drill: Nerf Is Making A Fortnite AR-L Blaster Based On The SCAR 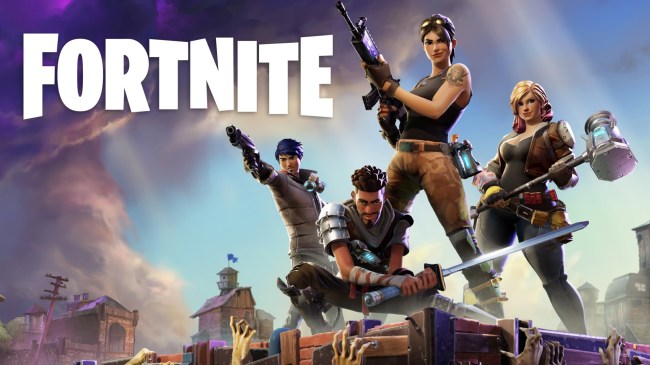 Fortnite is the most popular video game right now (until Red Dead Redemption releases on October 26th) and Nerf wants to get in on some of that gaming goodness. Hasbro and Epic Games have teamed up to create the official Fortnite-inspired blaster and it is very cool.

The new Nerf gun is based on the Legendary and Epic Assault Rifle, aka the SCAR. Hasbro calls the upcoming Nerf gun the “Fortnite AR-L Blaster,” which will be the first in a series of Fortnite Nerf guns. The real-life SCAR gun will feature a flip-up sight to “allow players to focus their aim as they eliminate opponents and attempt to survive the Storm.” The blaster runs on four AA batteries to give it “rapid-fire motorized blasting.” The weapon will hold a 10 dart clip, plus comes with 20 ELITE darts “so Fortnite fans can play with power and precision no matter where the battle is building.” 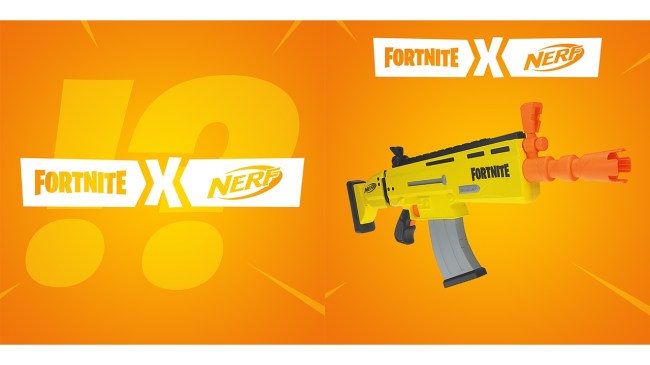 This will be releasing around June 2019. #Fortnitemares pic.twitter.com/6aY0JnFpPq

The partnership between Hasbro and Epic Games has already produced a Fortnite Monopoly game.

Nerf is really embracing video game culture because besides the Fortnite gun, Nerf is also making an Overwatch-themed blaster. The Nerf Rival Overwatch Reaper Wight Edition blaster is based on the Reaper’s Hellfire shotguns. This Overwatch gun is expected to be available sometime in 2019.

A new way to play.