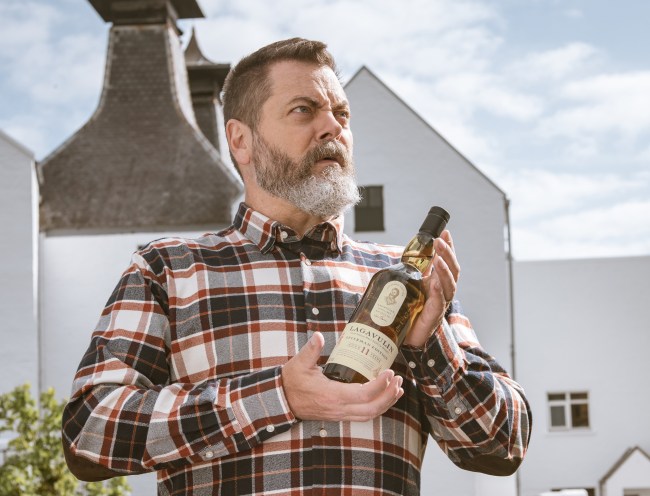 Nick Offerman has been inextricably linked to his Parks and Recreation character Ron Swanson ever since he appeared on that show, and likewise, Ron Swanson has been intertwined with Lagavulin Islay Single Malt Scotch.

Lagavulin was always Ron Swanson‘s drink of choice anytime the characters would order drinks on camera and Ron’s love affair with Lagavulin culminated in Season 6, Episode 2 London: Part 2 when Leslie Knope sent Ron Swanson on an adventure for his honeymoon (his honeymoon without his wife). Leslie wrote out Ron a series of instructions with a map.

She told him to follow the itinerary exactly and he ended up at the Lagavulin distillery in Islay, Scotland where Ron was moved to tears while reading a poem Leslie left for him on a cliffside. That’s the power of Lagavulin, Scotch, and Islay…it can move Ron Swanson to tears. 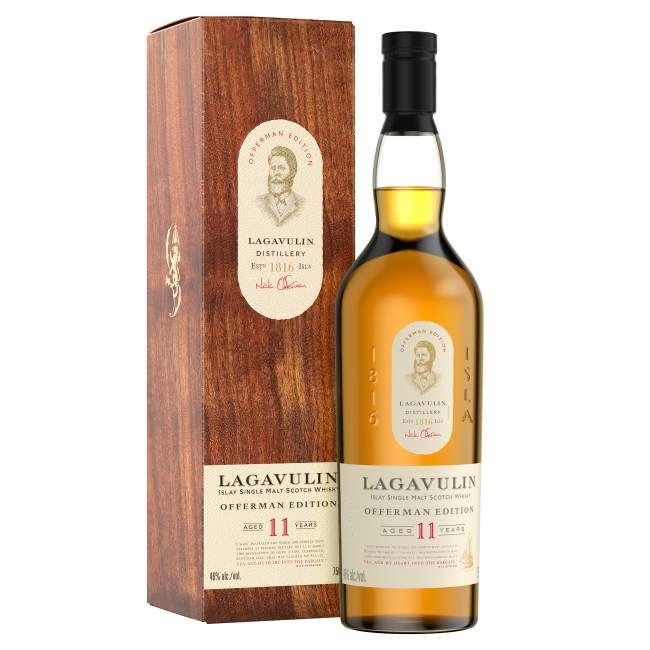 The ‘Offerman Edition’ Lagavulin Islay Single Malt Scotch Whisky is aged 11-years and has a powerful flavor as is the case with Islay elixirs. It carries tasting notes of ‘signature Lagavulin peatiness’ along with ‘extra spices and dried fruit’. This 11-year-old expression has a berry complexity that provides ‘elevated top notes’ on a journey of flavor.

It’s literally impossible for me to stop myself from geeking out over this release. It combines so many of my favorite things: Islay Scotch, Lagavulin, and Parks and Recreation‘s Ron Swanson. 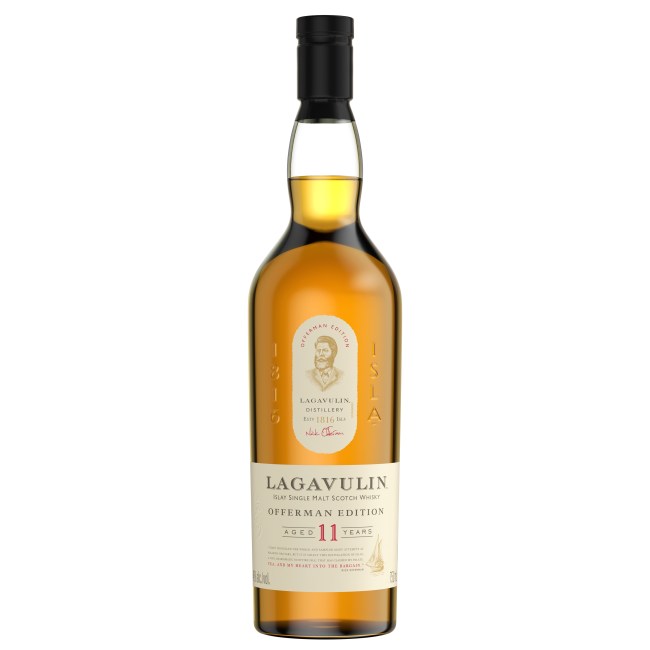 Nick Offerman’s sipping Lagavulin on his infamous Yule Log Video that gets millions of views every Christmas, he’s drank a dram of Lagavulin on New Year’s Eve, and it was only a matter of time until this iconic actor came together with his favorite brand to share something truly special with the public.

This is ‘an ode to the mutual respect and adoration’ between Lagavulin distillery manager Colin Gordon and Nick Offerman and if we’re being honest here, Nick should just retire at this point. Life will never get better. He has HIS OWN edition of his favorite single malt. This is the very definition of peaking.

For more information on the full range from Lagavulin and where to find the ‘Offerman Edition’ Lagavulin Single Malt Whisky aged 11 years, you can click here to visit the Lagavulin website.