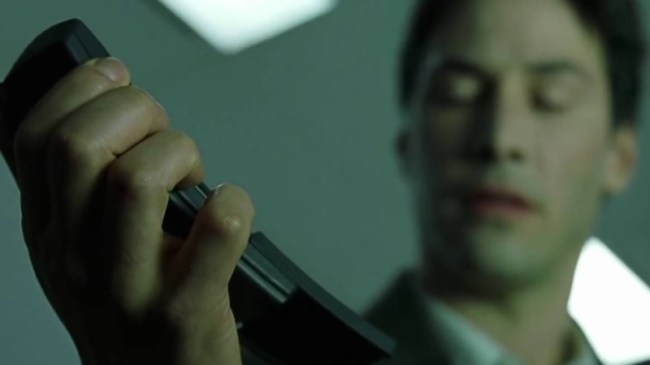 The Nokia 8110 is known as the “banana phone” for it’s curved back and that it was available in a bright yellow color. The handset was also known as the “Matrix phone” because the black-colored version was featured in the movie The Matrix. Nokia unveiled the 8110 4G and all of its sliding cover glory at the 2018 Mobile World Congress. The best part is that you’ll still get the old school Snake game.

The new 8110 is a 4G phone that runs on KaiOS. The reinvigorated handset has a 2.4-inch screen and a 2-megapixel camera. The 8110 4G features a wireless Hotspot feature, four gigs of storage, and 512MB of RAM. If you’re interested in the revamped Matrix phone it will cost you around $100, a lot cheaper than the Samsung Galaxy S9 that was also unveiled at the 2018 Mobile World Congress. The Nokia 8110 4G is expected to be released in May or whenever Morpheus sends you one.