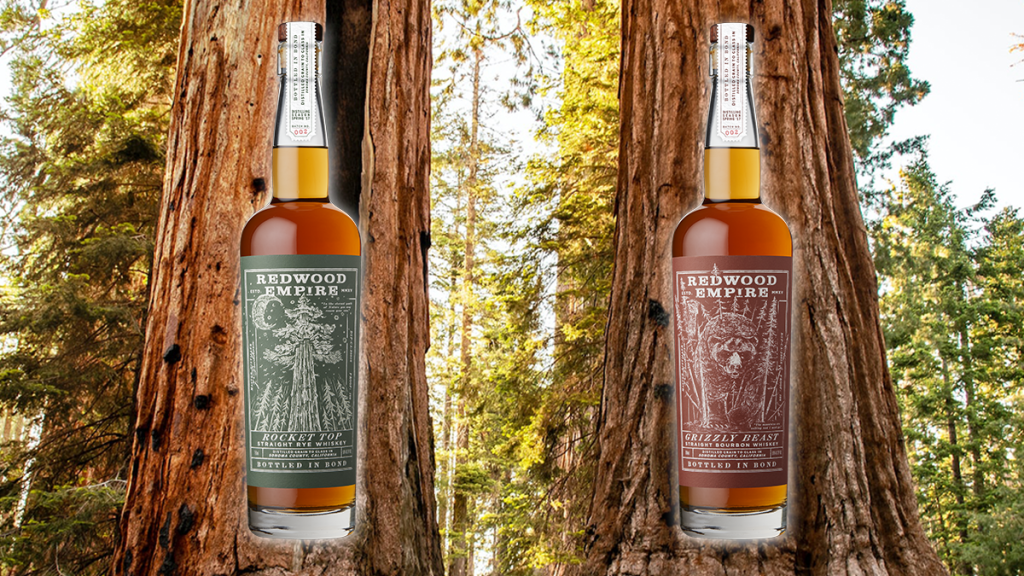 Redwood Empire Whiskey is extremely out of place. It has been since they released their first bottled-in-bond batch last year and it continues to be. Yet, it’s one of the most intriguing whiskeys in the game right now and one that is absolutely deserving of your attention and admiration, for several reasons.

What makes Redwood Empire Whisky so out of place is its location. They are located in the Russian River Valley near Sonoma, California. This is WINE COUNTRY. Depending on what side of the road you’re on, it is home to some of the best Pinot Noirs, Chardonnays, and Cabernet Sauvignons on the planet. 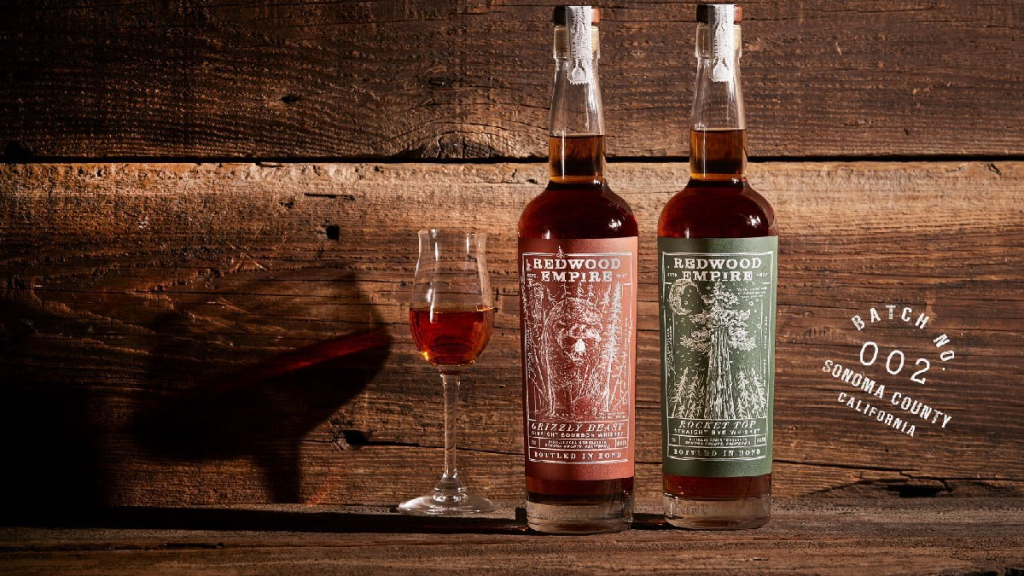 The Rocket Top Straight Rye Whiskey – Batch No. 002 has a mash bill of 87% Rye, 5% Wheat, 5% Malted Barley, and 3% Corn. It is a straight rye that has been aged 5 years in American White Oak barrels with a Level 3 Char. The 4-grain mash has some sweetness from the 3% corn and carries aromas of ‘bergamot, candied orange, sage, and dates with a savory palate of fig jam, caramel corn, and cracked pink peppercorn’.

The Grizzly Beast Straight Bourbon Whiskey – Batch No. 002 is a straight bourbon whiskey aged 5 years in American White Oak barrels. It has a mash bill of 66% Corn, 23% Rye, 7% Wheat, and 4% Barley. This exquisite 5-year-old Bottle-in-Bond whiskey has aromas of ‘charred sugar, cherry cola, and reduced red currants open into a rich, full mouth of molasses, almond brittle, and lemon bar.’

What is ‘Bottled in Bond’ whiskey?

Essentially, the Bottled-in-Bond Act of 1897 created a set of legal regulations that must be followed in order for a whiskey to be labeled as ‘Bottled-in-Bond’ and it was done to rid American whiskey of anything and everything that shouldn’t be in whiskey.

In the Wild West, saloon operators were filling half-empty whiskey bottles with god knows what. Everything from tainted water flavored with tobacco and iodine to potentially harmful poisons.

I can’t help but think about this ‘NEWWWW YORRRK CITTYYY’ commercial from way back when. We’re talking about a California whiskey here when the vast majority comes from the East Coast. Convincing people to branch out to the Left Coast shouldn’t be thought considering Sonoma has some of the best weather on planet earth. Eventually, everyone in the whiskey orbit will get around to trying Redwood Empire whiskey and they’ll see the light.

If you want to pick up the Grizzly Beast Straight Bourbon Whiskey and/or Rocket Top Straight Rye Whiskey, you can visit the Redwood Empire Whiskey website. They have a ‘locate’ tool on there to see if it’s available in your area. The SRP for both is $89.99/750 ml.