WhistlePig Has Truly Outdone Themselves With The Boss Hog IX: Siren’s Song 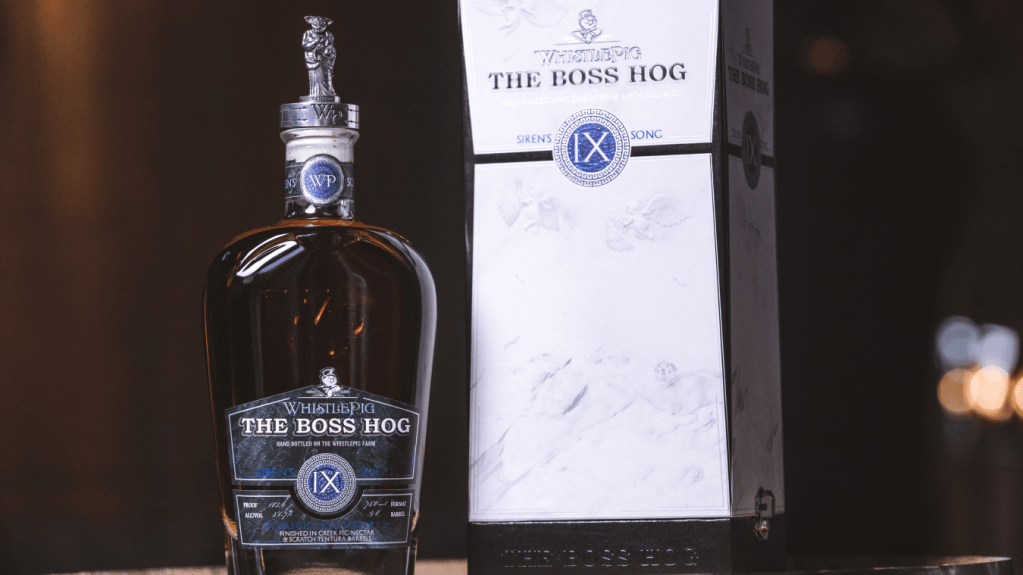 Vermont-based WhistlePig debuted this year’s finest rye whiskey (so far). The WhistlePig Boss Hog IX: Siren’s Song is pushing the boundaries of the Boss Hog ultra-premium whiskey line further than ever before by incorporating elements that haven’t been employed in the whiskey world until now.

2021’s Boss Hog release was the ‘The Boss Hog VIII: LapuLapu’s Pacific‘. I had it ranked as the #1 thing I drank in 2021 and Siren’s Song is already making a powerful case for that spot in 2022. What made LapuLapu’s Pacific so special was the finishing process. It was double-finished in high toast, small-batch, single island Philippine Rum casks.

It’s unclear if WhistlePig set out to top last year’s release with Boss Hog IX: Siren’s Song or if they simply wanted to push the envelope further than ever, but the end result is nothing short of perfection. 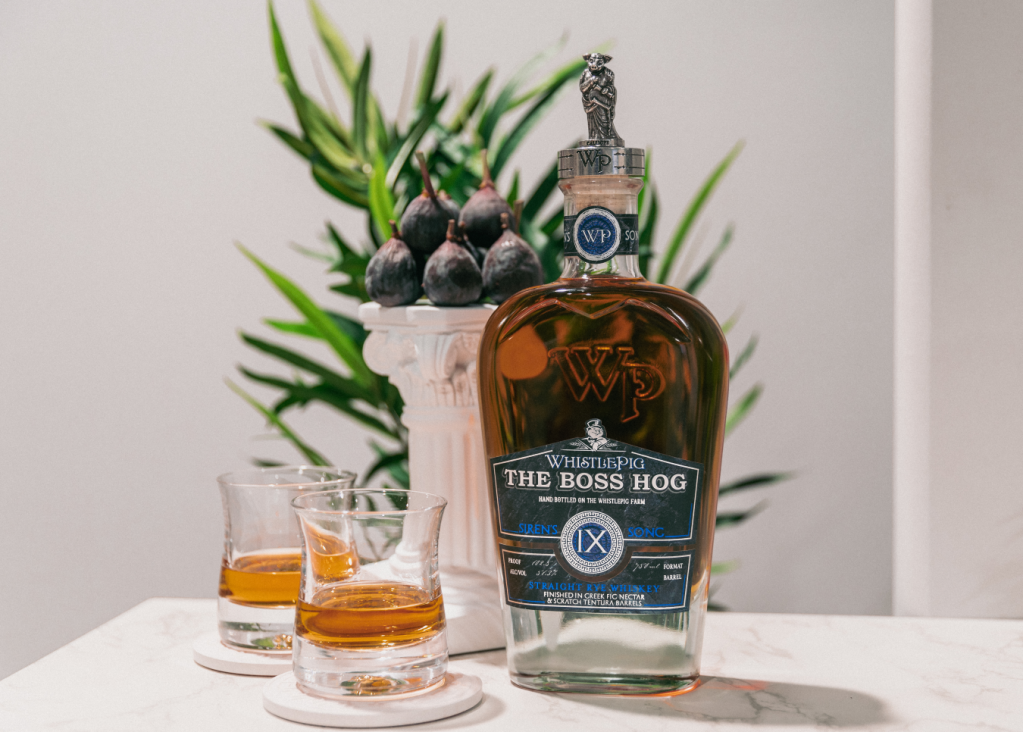 What’s in the bottle?

WhistlePig Boss Hog IX: Siren’s Song begins with ‘some of the oldest rye’ on the WhistlePig farm. From there it is double-finished in two unique barrels. The first are barrels that formerly held Greek fig nectar and from there they move to barrels that previously held scratch-made Tentura which is ‘a Greek style liqueur inspired by Ancient Patras.’

It is single barrel in origin, bottled at proof, and barrel strength between 102.5 – 106.2 proof. The nose is overflowing with orange blossom, dried fruit, brown sugar, and characteristic rye spice. On the palate you’ll find rich notes of black cherry, cinnamon, and clove. And the long finish is where all of that ‘jammy fig’ from the Greek fig nectar barrels is found along with the classic rye spice found in every WhistlePig Boss Hog release.

Every Boss Hog release from WhistlePig comes with an iconic bottle topper. Some people collect these simply for the toppers because they’re that special. And to really elevate the WhistlePig Boss Hog IX: Siren’s Song they’re including nine bespoke pewter topper all shaped in tribute of the nine Greek Muses: Calliope, Clio, Erato, Euterpe, Melpomene, Polyhymnia, Terpsichore, Thalia, and Urania.

As is the case with previous Boss Hog releases, those who purchase a bottle can go on the WhistlePig website and authenticate their bottle. This year marks the first time WhistlePig has used NFC technology which has been incorporated into the bottle to make the process easier than ever. All it takes is the tap of a smartphone. 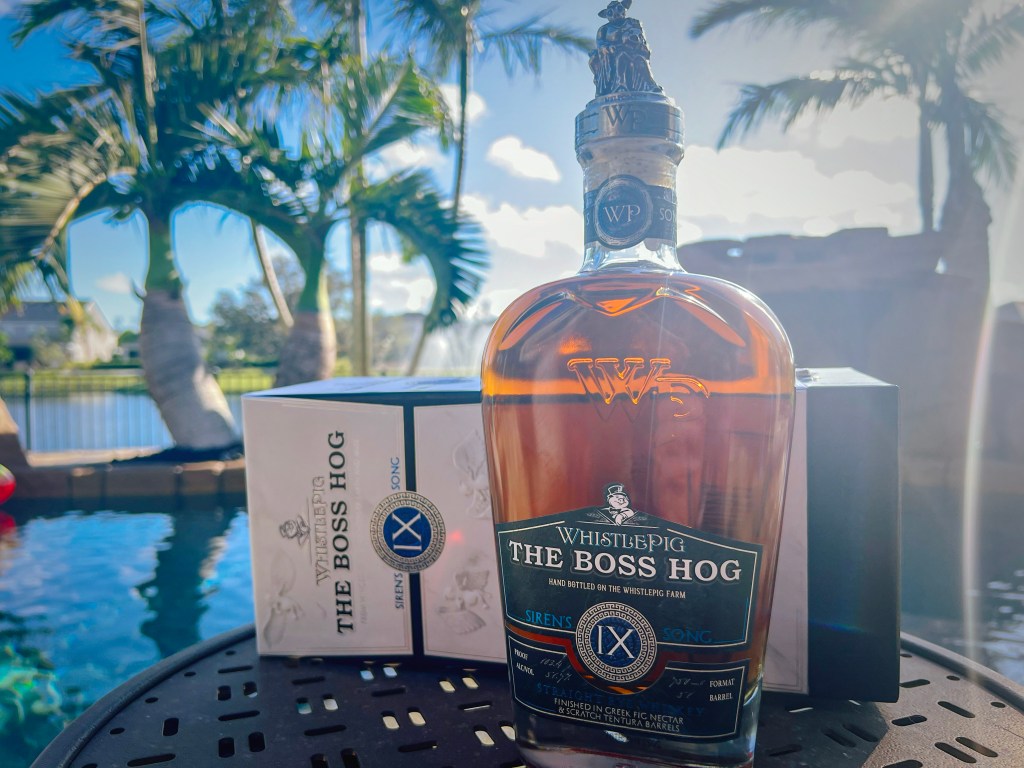 So what’s the catch?

The price. The catch is the price. WhistlePig’s Boss Hog line is as ultra-premium as it gets in the whiskey world and the price tag will always reflect that with WhistlePig Boss Hog IX: Siren’s Song retailing for a suggested price of $599.

That price tag might scare many away but personally, I applaud it. I’m not saying I’m sprinting to the store to spend $599 on a bottle of rye whiskey but it’s a price reflective of the quality and rarity of this rye whiskey and one that stops it from selling for that price or double on the secondary market. Why should your weird neighbor down the hall make money flipping bottles on Facebook when distilleries can just price bottles appropriately to reflect the demand?

It is the female whiskey workers of WhistlePig who brought Boss Hog IX: Siren’s Song to life. It was the nine muses of Greeky mythology that they turned to for inspiration with this whiskey. The Greek Sirens were daughters of the Greek Muses, hence the name.

WhistlePig’s Head Blender Meghan Ireland said “Every year The Boss Hog is bigger, bolder and more stupendous than the last. We are constantly trialing new finishes to find the next best whiskey experience, and in true WhistlePig fashion, this year’s edition is a world’s first. Our ambition to unlock the ultimate flavor complexity – and the nectar and tentura, which were new trials in and of themselves – was well worth the challenge once we landed the final product.”

It was a summer trip to Greece that ultimately led to the incorporation of Tentura into the finishing process which might be the last country that comes to mind when thinking about rye whiskey. WhistlePig’s Head of Whiskey Development Liz Rhoades said “you could say the Greek Muses guided us toward the discovery and persistence of creating Siren’s Song. In visiting Greece this summer to source ingredients and learn from experts at an original tentura distillery, we were drawn to the distinctly unique flavors of Greece and how they would interact with the bold flavor of our aged Rye Whiskey.”

If you’ve read this far then I’m sure your interest has been piqued. Part of drinking Boss Hog is knowing you get to sample a whiskey that’s unlike anything else on the planet and that’s certainly true with Boss Hog IX: Siren’s Song. And it’s not just unique, it’s truly exquisite. To track down a bottle, just follow the link below to use WP’s product locator. 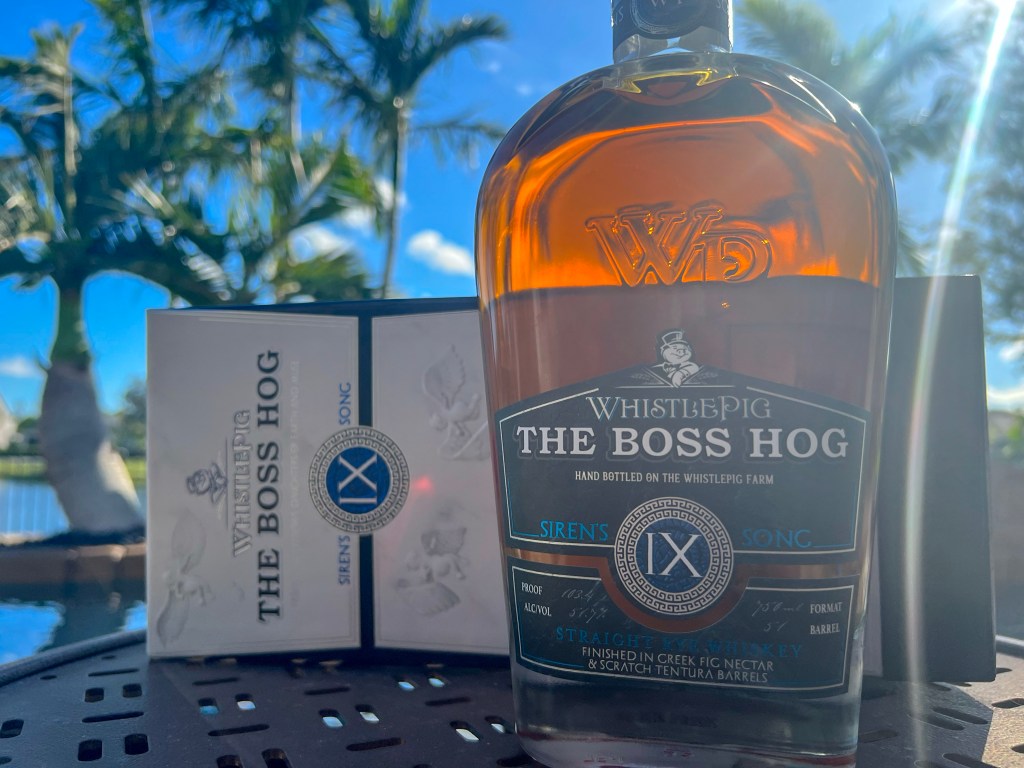