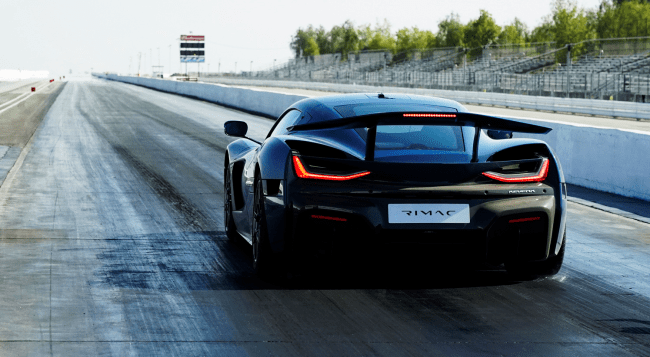 Way back in March of 2018, Croatian electric car manufacturer Rimac Automobili, who recently completed the purchase of legendary supercar maker Bugatti from the Volkswagen Group, claimed they had a car that would go from 0 to 60 mph in an astonishing 1.85 seconds.

The car, called the Concept Two at the time, was also supposedly capable of going from 0 to 100 mph in 4.3 seconds and can run a quarter mile in 9.1 seconds.

All that was missing was… proof. 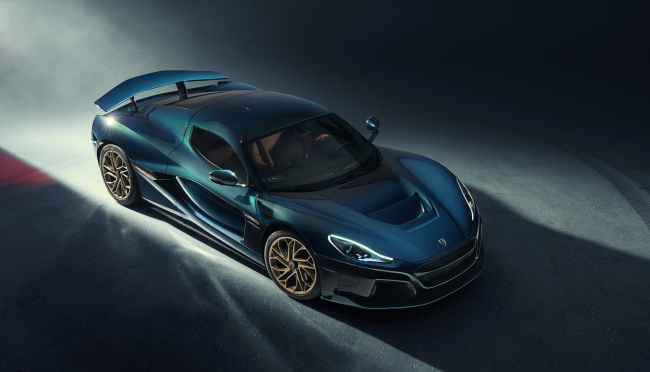 Fast forward to over three years later and, boom, we’ve finally got it.

The $2.4 million hypercar, now tagged the Rimac Nevera, which boasts a top speed of 258 mph, officially destroyed the record for the quickest accelerating production car in the world during a run at McFarland, California’s Famoso Raceway.

“Our business started with a BMW 3 Series that I had converted to electric power, which went on to set a number of FIA acceleration records,” said Founder and CEO Mate Rimac. “But what we have produced today is on a completely different level. The Concept_One, back in 2011, was the fastest accelerating EV in the world, running the quarter-mile in 9.9 seconds. We’ve now broken that record with a standard production car by 1.4 seconds. With four independent motors, each individually controlled, we have so much flexibility over how the car accelerates and corners, giving us a huge advantage over any combustion-engined vehicles.

“But Nevera is about so much more than speed. With the largest battery pack ever fitted to a production car, it can travel 340 miles on a single charge. With in-house-developed Rimac All-Wheel-Torque Vectoring 2 it’s as agile as it is fast, and with electrically adjustable dampers and active aerodynamics it’s comfortable and quiet on a cruise, and a performance machine on a track.”

As if that wasn’t enough of an achievement for the Rimac Nevera, they then decided to go head-to-head with the previous record holder, the 1,020 horsepower Tesla Model S Plaid, to see where their Nevera stood.

As exciting as those feats may be for Rimac, the real question yet to be answered is, how will owning and driving one help our Tinder game? Stay tuned.