Wanna See The Roof Fly Off A Tesla? Because Here’s A Roof Flying Off A Tesla… Again 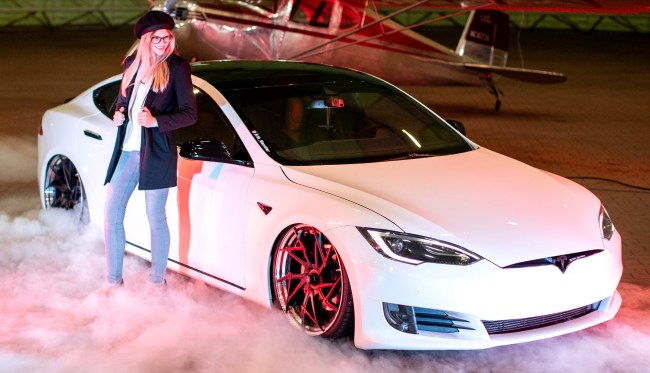 Back in October, someone posted a video showing the fact that the roof blew off their brand new Tesla Model Y.

And when I say brand new, I mean the roof allegedly blew off just two hours after the owner drove the car off the lot.

“Hey @elonmusk why didn’t you tell us that Tesla sells convertibles now? Because the roof of our brand new model Y fell off on the highway,” wrote the car’s obviously disgruntled owner.

Hey @elonmusk why didn't you tell us that Tesla sells convertibles now? Because the roof of our brand new model Y fell off on the highway pic.twitter.com/s8YNnu7m9L

Fast forward a few weeks, and, whoops, they did it again.

This time it was the roof of a Tesla Model S that went sailing free and into the wind and, you guessed it, there’s video of it happening!

That must have been one hell of an interesting experience, crusing down the freeway and, poof, the roof blows off your car.

According to CarBuzz.com, after the video was uploaded to Weibo (China’s version of Facebook), a Tesla China spokesperson responded by saying, “We have contacted the owner of the car as soon as possible and are helping the owner solve the problem as soon as possible. After preliminary investigations, the vehicle had undergone roof glass replacement at a third-party authorized repair center. We are currently investigating the cause of the incident.”

Okay, so it wasn’t Tesla’s fault this time that the roof blew off one of their cars? Hmmm… the shop that replaced the glass was a Tesla-authorized third-party body shop.

Elon Musk can’t be too happy with these ongoing Tesla quality control issues, of which the roof blowing off his cars, twice in two months, definitely qualifies.

Eh, I’m sure he will be fine though. On Tuesday, Musk officially surpassed Bill Gates as the second richest person in the world as Tesla’s market value topped $500 billion.

That’s billion, with a B.

He’s going to have a great Thanksgiving.