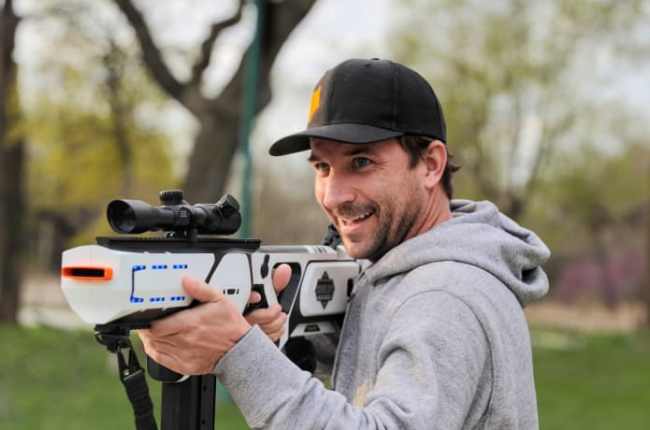 I’m not really a huge fan of businesses that crowdfund their products on Kickstarter or Indiegogo, but this disc blaster from Shelby Manufacturing looks like a lot of fun.

It’s called The Shelby Destroyer. It’s a foam disc blaster similar to those made by companies like Nerf. It fires like paintball, yet it feels like something you’d mod out in a video game.

According to a press release, it’s the brainchild of a father son duo – David and Henry Pisor.

During the pandemic, the two passed the time with Nerf battles. 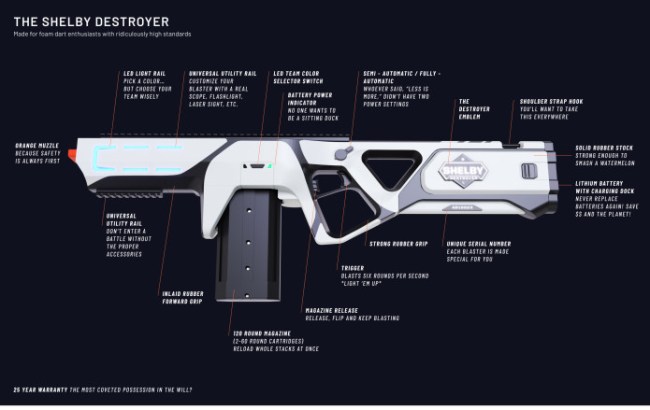 According to the release:

During one of their recent battles, Henry grew frustrated with his Nerf blaster. From loading issues and dying batteries to a lack of accuracy and jamming, Henry’s skills surpassed his tool. That’s when the light went on. Why not change the game with a better blaster?

Fast forward to many long nights in the drawing room and tons of collaboration with a world class product development team, the duo is proud to bring the Shelby Destroyer to a world that is looking for something better. A blaster that is mechanically superior, structurally sound, badass-looking, and a whole lot of fun. A piece of equipment so special that it will be passed down from generation to generation.

“My son and I share a love for Nerf wars. It’s been a favorite pastime for most of the last decade and has brought us closer together. The pandemic was no exception. The more we battled the more we thought about how we could maximize our experience,” said David Pisor founder of Shelby Manufacturing. “The answer; design a better blaster. A Nerf 2.0. Not just for us but for the entire community of fanatics that love this as much as we do. Enter the Shelby Destroyer.”

Pics + a tease video below. Here are the official specs, with a couple different buildout options.

Check out the project on Indiegogo. If it hits crowdfunding goals, it sounds like the blaster will ship out in December 2021. 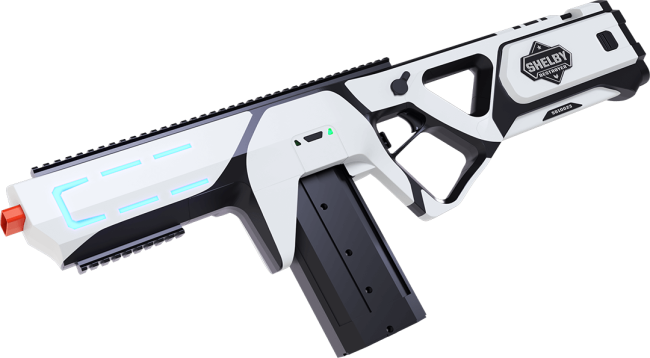 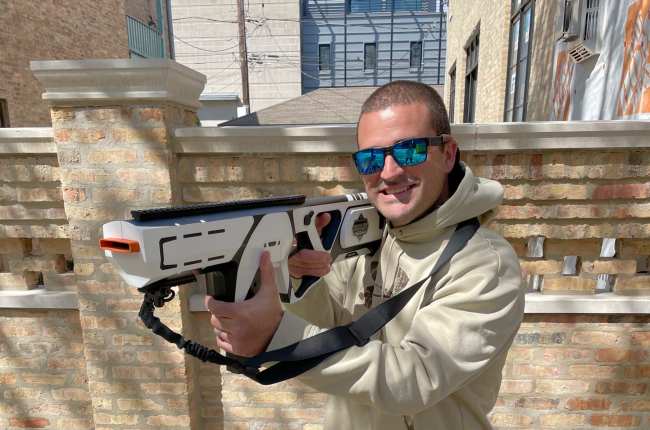