Flaunt Your Beard And Show-Off Some Talent For A Chance To Win $20,000 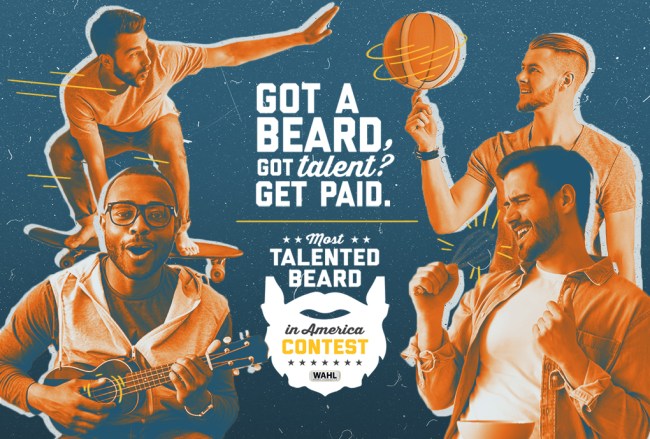 Presented in partnership with Wahl

Now imagine being rewarded for having a killer beard and pairing it with some of your own talents! Well, that world exists, guys, because Wahl is kicking off its ‘Most Talented Beard in America’ contest, giving you an opportunity to win some incredible prizes and BIG money for placing in the top-3, including….

This is the second year in a row Wahl has offered the ‘Most Talented Beard in America’ contest.

Last year’s winner was Jonathan Brannan from Ocean Springs, Mississippi – a bearded “do-it-all” dad who prides himself on being able to carry a tune and drop a dad joke. 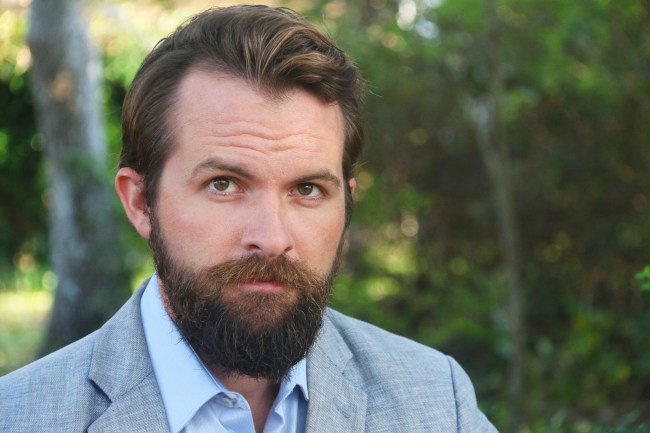 Not only did Jonathan earn some serious beard bragging rights with the title of “Wahl Man of the Year,” his $20,000 grand prize was life changing.

“Take it from me, wear your beard loud and proud; you never know how it could pay off. I took a chance and put myself – and my beard – out there,” he explained. “In my family’s case, it was literally life changing in that it helped us complete the adoption of our son without worrying about the financial side of the process.”

So what’s it take to earn the distinction of “Wahl Man of the Year”? First off, it takes more than just having some shag on your face. It takes personality. It takes charisma. It takes talent. It takes being your badass and confident self. And it takes being unafraid to show why your facial fur is the most talented, and most adventurous beard in the country.

If you’re a helluva singer and can impersonate the beautiful pipes of Steve Perry, Wahl wants to see you in action.

If you can juggle a bunch of random things all while skateboarding, you may be a top contender.

If you can pull an Oak tree from the ground and whittle it into a coffee table with your teeth, Wahl absolutely wants you.

Since your beard is part of you — as well as a trusty companion — don’t hold back on showcasing your abilities. You’ll be judged for your talent, creativity and originality, so let yourself and your beard shine.

Take a look below at details, and how to get yourself entered.

If this sounds like you, get you and your beard into the contest! With a number of chances to win money and Wahl gear, you don’t want to be left out. Just look at what’s at stake.

Guys, we all grow beards to show them off. But when can you actually earn money for having one that complements your talents? Right now, that’s when. So enter Wahl’s “Most Talented Beard in America” contest and enter for a chance to brag to the entire world why your facial hair is tops!

Have some fun with your beard this summer, and prove why you’re worth the $20,000 grand prize.