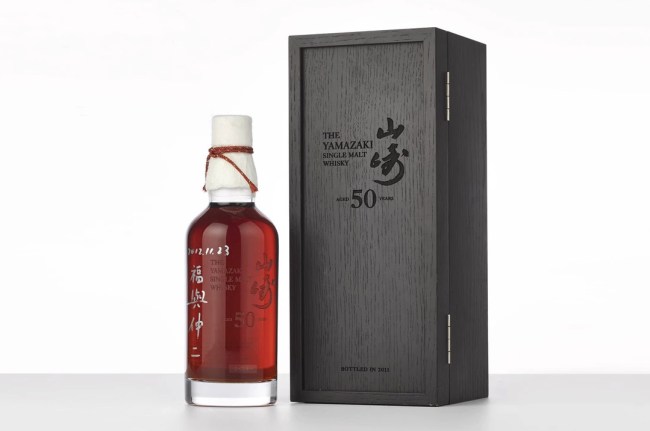 This 50-year-old Single Malt was the Belle of the ball at Sotheby’s auction, fetching more than any other item and eventually selling for $298,879 ($2,337,000 HKD) according to Hypebeast. That demolished the previous record for the most expensive bottle of Japanese whisky ever sold and it has whiskey collectors all over the world taking notice.

The buyer has chosen to remain anonymous but that hasn’t stopped the whiskey world from exploding over this sale. As this Sotheby’s auction in Hong Kong, there were also 10 bottles of Richebourg 1976 Henri Jayer which retailed for around $188,766 USD. So this was a huuuuuge day for the high-end spirits market.

By the way, if you have some cash laying around that you are looking to invest then I suggest considering getting in on this new fund. It’s a Single Malt Fund which enables you to invest in rare whiskeys.