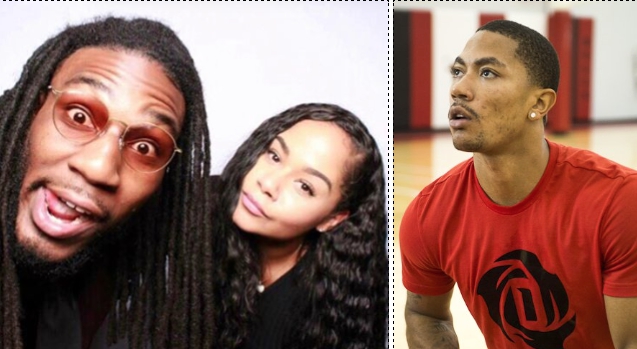 Derrick Rose and Jae Crowder will be wearing the same uniform next year, as they were both picked up by Cleveland this offeseason–Crowder was acquired in the Isaiah Thomas/Kyrie Irving trade and Rose was signed in free agency. But the color of their jerseys isn’t the only two things the two share in common–they have dated the same girl, Dana Lambert.

Rose dated the Chicago native back when he was in high school and Crowder is currently the father of their daughter. A little bit about Dana: last year, she was allegedly arrested for spitting on a woman at the Staples Center. She also reportedly took control of Crowder’s Instagram page to put Crowder’s alleged mistress on blast. It evidently didn’t effect their relationship. Ride or die chick.

Mommy's Freakum Dress 🙈 ! Go to backboardbaby.com & find out if you may need to pull out yours 😜 #ItsARepost

I heard Olive was the new black 🍃

Welllll allow her to reintroduce herself 😜 … That's soon to be Mrs. Mayo to you! ☺😁💑💍