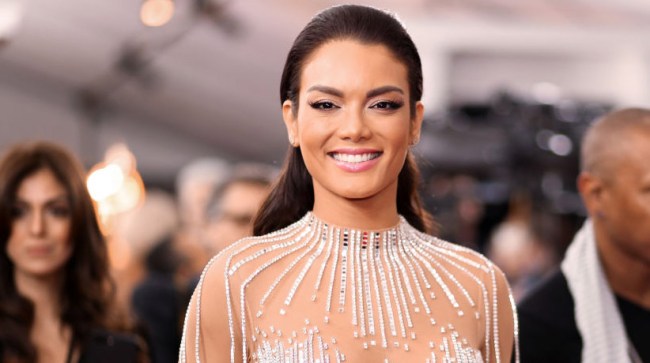 Sadly, “Despacito” did not take home a Grammy award despite being nominated in three categories — something that made many people very upset.

despacito did not spend 16 weeks at #1, get certified diamond, get streamed over 8 billion times and break language barriers to get snubbed. that did not just happen

literally what is the point of record of the year if despacito shattered records but didn't win?!?!! that's the hill i'm dying on tonight

However, on the positive side for fans of “Despacito” this morning, is the fact that the performance of the song at the Grammys is currently trending on Google because people want to know, “Who was the “Despacito” dancer?”

That dancer that was in the despacito performance🔥🔥🔥🔥🔥🔥

okay but can we talk about the dancer who performed in the gold chain body thingy during despacito? god im so gay

Despacito? That dancer in gold? If I had that body I'd wear that outfit to Publix!

Well, if you had been paying attention back in August you would know that the woman who was dancing on stage during the performance was none other than 2006 Miss Universe Zuleyka Rivera.

Rivera, who was Miss Puerto Rico, before claiming the title of Miss Universe, also appeared in the music video for “Despacito,” the most viewed video on YouTube with 4.76 views.

She also has been acting in telenovelas pretty regularly since winning the title, except for the brief period where she was pregnant and had a baby with her then boyfriend Dallas Mavericks point guard J.J. Barea.

And now you know who the dancer was on stage during the performance of “Despacito” during the Grammys.