7 Things You Should Do Before You Turn 25 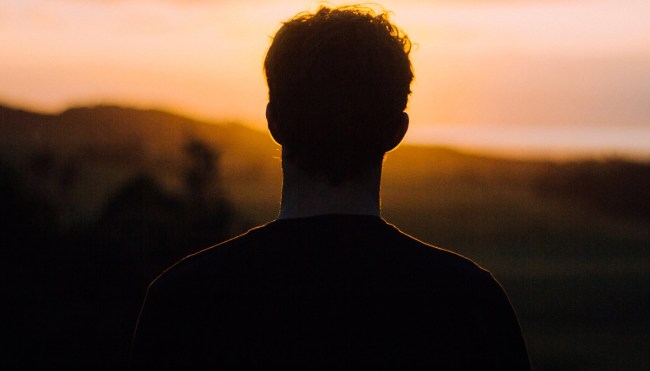 Twenty-five years of life sneaks up on you fast, and with it comes some responsibility. It’s not so much that you have to be responsible yet, just that people will start judging you more and more harshly for your actions.

With that being said, here are some things you should try to do before you hit 25.

Attend a house party that’s truly out of control

The sweet spot for attending house parties is when you’re 18 to 24.

Soon, the once loud and crazy house parties you used to attend will be replaced with awkward conversations over wine and a good cheese spread. Whenever there’s a lull in the conversation, someone will compliment the cheese spread yet again

A good measure of a house party is whether or not there is room in the fridge to keep your beers cold. If you even attempted to look in the fridge, you’ve still got a few levels to crank it up. Sure you’re busted up 30 will get warm, but now they’re easier to shotgun.

Make sure to go to at least one big house party where no one even seems to know who owns the house, because that sweet house party window (that someone put their elbow through) closes fast once you hit 25.

It will not be fun while working there, but experiencing an awful job will only make you appreciate your next job that much more. Think of it as delayed gratification.

It’s like using an old phone with a cracked screen for a while until your contract is up. Once you get that new phone, you appreciate it that much more.

Get your heart broken

Some people marry their high school sweetheart, and if it works, that’s great. However, learning to cope with a broken heart prepares you for the many broken hearts you’ll find in life.

Some broken hearts stem from romantic relationships while others stem from practical life events. For example, an employer informing you that they’ve accepted someone else for the position you were hoping for is a heart-breaking moment.

The sooner you learn to deal with having your heart broken, the sooner you’ll be able to find a way to mend it the next time life breaks your heart.

Go to a cat show and observe

I’m kind of kidding, but I’m really not kidding. Attending a cat show will help you uncover the dark underbelly of society that’s not a part of your daily life.

It’s important to know that people who dress up in denim jackets with bedazzled cat faces stitched into them exist. They drive hundreds of miles to compete to see who is the most insane and has the best cat.

While attending one of these, I found out that there are so many subdivisions of cats that essentially every cat gets first place. This whole experience will help you realize that crazy people exist and that you’ll have to deal with them your entire life.

If nothing else, attending a cat show early on is like putting on the pregnant belly when you’re in high school, it’ll make you think twice before making irrational life decisions.

Start pursuing what you really want to do for a living

The earlier you start pursuing your dream career, the sooner you’ll get a chance at actually doing it for a living.

Unfortunately, a lot of people’s dream careers aren’t easily obtainable. If they were easy to obtain, they wouldn’t be called “dreams”; they’d be called “snoozes.”

Don’t expect handouts, because the world doesn’t owe you anything. You may have to work for free for a while, but with some hard work and a little luck you might be able to actually do what you love for a living.

I think this may be unknown to most, but potatoes are one of the most delightful foods to destroy. Also, they’re incredibly inexpensive. You can get an entire bag of them for like a dollar.

In college, we’d take turns throwing potatoes at trees and watching them explode into a million pieces. It was a great friendship-building activity. Eventually, we got creative and brought some golf clubs into the mix.

If you’re under 25 and throwing potatoes in your front yard at trees, it’s considered somewhat normal. However, if you’re 25 and golfing bits of potatoes into the street, the police will most likely be called to question your sanity.

Get a party bus with some of your best friends

This should be a no-brainer, but party buses are probably one of the most underutilized weekend ideas that exist. You never have a bad time on a party bus.

Party buses always lead to interesting nights, because you’re constantly pregaming while you’re on your way to drink even more at the next bar. Take advantage of the party bus scene early and often. It’s a lot harder to get a large group of people together once you hit 25 because people have a lot of other stuff going on like families, careers, and other dumb things

So rent a party bus with the money you’ve made at your crappy job and grab a bag of potatoes, because 25 will be here before you know it.