It’s only March 20th and we’ve already seen some memorable spring break fights including that vicious one-punch knockout and that nasty catfight. Today’s fight is more ridiculous than bone-crushing.

This spring break brawl erupts on the beach between several gentlemen. One man sees his friends need his help so he enters the fracas. Only problem is that his right arm is in a sling. Being plastered and having only one functional arm really puts you at a disadvantage in this occasion. Nevertheless, he persisted.

Sling man held his ground and didn’t seem to reinjure his arm, making him the best one-armed fighter since that creepy guy in “The Fugitive.”

If that wasn’t enough wackiness, then there was a chick in a bikini coming out of nowhere to sling man’s defense by jumping, choking, and punching his opponent after they were done beefing.

This woman was certainly impressed by the bikini girl flying to the rescue. 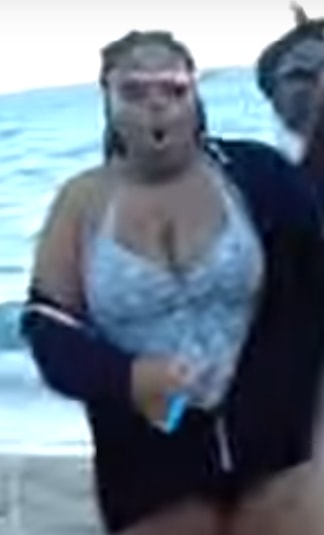 Your friends won’t even throw down for you with two perfectly good arms. We all need a friend like sling man.

Check out all of the crazy things that have happened in Spring Break 2017 HERE.