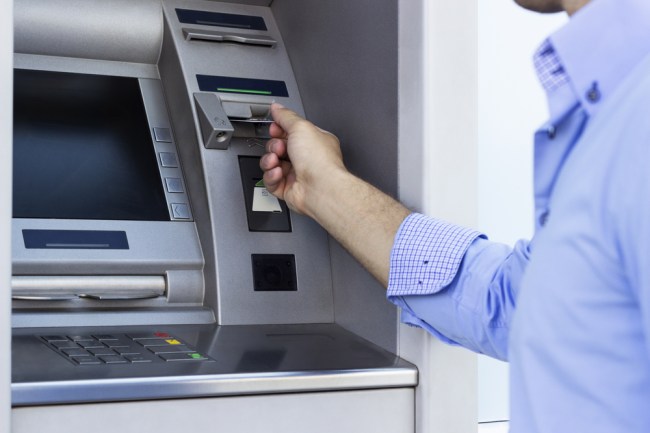 An ATM worker was trapped inside of the machine for hours in Corpus Christi, Texas. The man was working at a Bank of America and swapping out a lock to the tiny room that leads to the ATM from inside of the bank. He’d left his cellphone back in the truck, and the door swung shut and locked him inside of the ATM (room and machine) for hours.

The only way he was able to escape was by passing handwritten notes to customers using the ATM asking them to call his boss to rescue him. There’s no report of just how long he was trapped inside of the machine, but we do know that he passed notes to multiple ATM customers before one finally called for help and had him rescued.

To try and have himself rescued, the ATM worker was passing these notes to customers through the receipt slot on the machine: 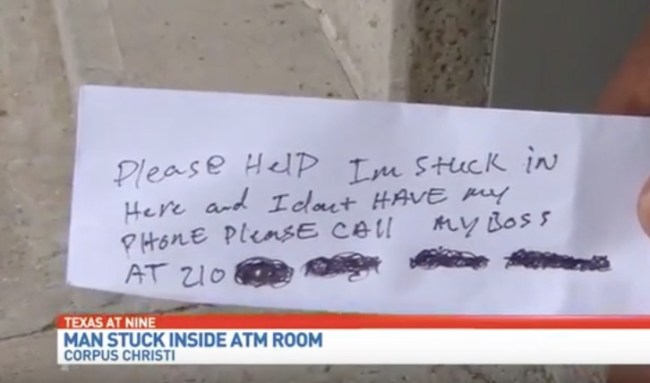 Eventually, an officer kicked in the door from inside of the bank and freed the man from being locked inside of the ATM. This being the same door that he was sent there to replace the locks on:

I guess I had no idea that there was ATM access inside of the bank. I’ve always assumed that the money is added/withdrawn by opening up the front of the machine like you’ll occasionally see on the street when an ATM worker is performing maintenance. I suppose it’s a lot more safe to have access from within the bank. Basically, it cuts down on all chances of someone getting robbed while emptying or filling the machine…right? (h/t AP News)