Awful Australian Girl Snapchats Herself Going Completely Nuts On A Taxi Driver, Might Be The Next ‘Cash Me Outside’ Girl 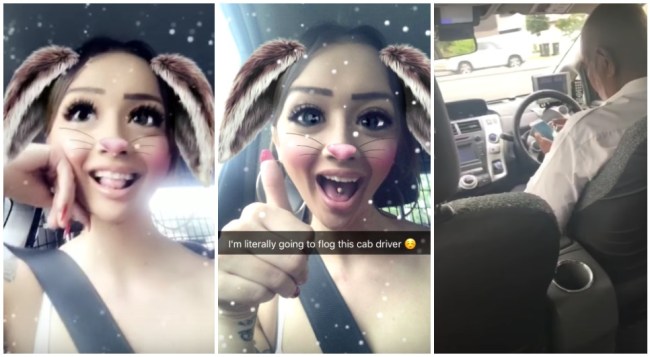 Move over Cash Me Outside girl. There’s a new Awful Person trying to steal your throne for being The. Worst. to your fellow human beings.  This Australian girl went completely nuts on a cab driver, ridiculing the hell out of him and screaming her head off like a total brat. Even worse is that she’s doing it for her followers on Snapchat like it’s a damn performance.

It’s cool, taxi Bro — I would have messed up the spelling of that Kameruka too. Poor guy. No one deserves to be harassed like this, ever.