These Are the Funniest One-Liners Known To Man, So Get Ready To Laugh Your Dick Off 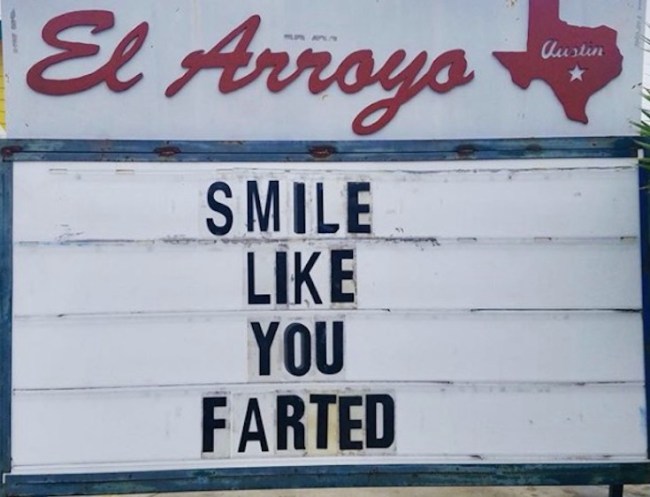 A good one-liner can serve so many purposes I don’t even know where to begin. Firstly, being able to recall and drop a one-liner in an instant is the sign of a healthy functioning brain. It also shows that you’re able to process contextual information in real-time and add to the conversation, so dropping one-liners is also indicative of being a great conversationalist.

These are the best one-liners ever spoken, passed down through the generations from father to son, and they’re just as funny now as they’ve ever been. My advice to you is to bookmark this article right now, read through all of the one-liners below, then come back later and make some flashcards of these later so you can actually commit these to memory. Now let’s get to the best one-liners, shall we?

eyeags:
I used to think that a vasectomy prevented you from having a kid- Turns out it just changes the color.

…If you didn’t understand this one it implies this: if you aren’t getting laid by 10pm it’s probably time to give up and go home…

Tourstours:
Here’s to the only B word you should ever call a woman: “Beautiful.” Because bitches love it when you call them beautiful.

pappajay2001:
This is my stepladder… I never knew my real ladder.

thurask:
When you say “poop”, your mouth makes the same motion as your asshole. The same is true for “explosive diarrhea”.

-iamverysmart-:
Accordion to a recent survey, replacing words with the names of musical instruments in a sentence often goes undetected.

naomicat:
Not only is my thesaurus terrible, it’s also terrible!

taylor4570L
You can say what you want about deaf people too. Dwarfs too. Everything you say goes straight over their heads. Blind prostitutes is where I draw the line, you gotta hand it to them.

as_told_by_aaron:
My grandfather demented at 60 and started lathering himself in butter… He went downhill pretty fast after that

My own favorite has been one that I learned from my grandfather, and I’ve always loved it because 1) it helps me defend my drinking and 2) it just rolls off the tongue:

“I’d rather have a bottle in front of me than a frontal lobotomy.”

AlmanzoWilder:
“Remains to be seen if glass coffins become popular.”

TWGOK:
There’s no I in denial

TheOneWhoSnipes:
I asked my North Korean friend how it was over there, he said he couldn’t complain.

Lv_99RatBoss:
Rice is good if you’re hungry and want 2000 of something.
I ordered a club sandwich and im not even a member, I dont know how I keep getting away with it. (R.I.P, Mitch Hedberg)

Nosleep2:
“Escalators are never broken. They are just temporarily stairs”

Hoodafakizit:
The guy who invented autocorrect has died… restaurant in piece

opallesce28:
I love my UPS guy because he’s a drug dealer and doesn’t know it.

News_of_Entwives:
The shovel really was a groundbreaking invention.

eraser_dust:
“Letting go of a loved one can be hard, but sometimes, it’s the only way to survive a rock climbing catastrophe.”

DukeMcGoober:
Then God said unto John: “Come forth and receive eternal life.” But John came fifth and won a toaster.

Chi-lan-tro:
I for one, love Roman numerals!

newsworldindia12:
My wife and I were happy for twenty years. Then we met.

boom2112:
I have an inferiority complex but it’s not a very good one.

popcar2:
The man who survived mustard gas and pepper spray is now a seasoned veteran.

TEHJUGGERKNAUT:
Shout out to deaf people!

And last but not least…

lelastofus:
Dark humor is like food, not everyone gets it.

If you want to keep reading more one-liners you can follow any of those links above. And as I always do I invite you bros to send us your best one-liners by hitting up the Facebook comments and/or the comments down below!

Changing gears a little bit, I want to make sure that ALL OF YOU know about the all new BroBible iOS app that was launched last week. It’s 100% free to download and it’s the latest/greatest way to get all of your BroBible content, so DOWNLOAD IT FOR FREE BY CLICKING HERE!