Bill Cosby Breaks Silence: ‘Racism Could Be To Blame For My Sexual Assault Lawsuit’ 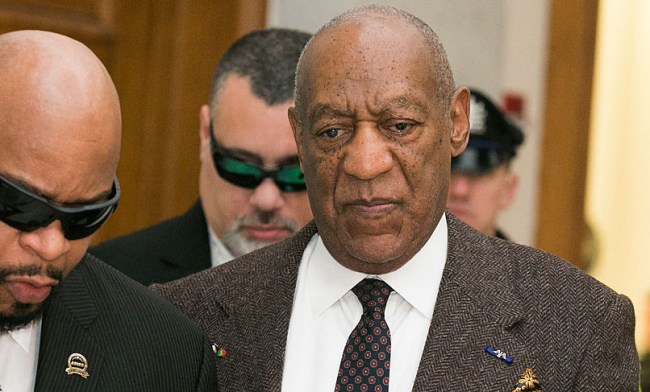 Bill Cosby broke his silence about his sexual assault scandal after two years of not speaking publicly. The sullied comedian gave a 30-minute interview where he suggested that racism was to blame for the allegations of sexual assault. That’s right, racism is behind all 58 sexual assault allegations against the Cos by both black and white women dating back as early as December 1965.

Sirius XM’s Michael Smerconish interviewed the 79-year-old comedian where he said that racism could have played a part in the damning allegations that he drugged and sexually assaulted dozens of women.

During the interview, Cosby’s daughter Ensa claimed, “Racism has played a big role [in the allegations]. The accusations against my father have been one-sided from the beginning. I’ve witnessed my father’s reputation and legendary works be dismissed without any proof.”

When Smerconish asked Bill Cosby is that is true, he responded:

“Could be, could be. I can’t say anything, but there are certain things that I look at, and I apply to the situation, and there are so many tentacles. So many different—‘nefarious’ is a great word, And I just truly believe that some of it may very well be that.”

Smerconish asked, “Are you telling me that they’re all lying?”

“You know better than that,” Cosby responded.

The comedy icon pushed back against the timing of the sexual assault allegations and argued that they were made to influence public opinion against him.

“My father is being punished by a society that still believes black men rape white women, but passes off as ‘boys will be boys’ when white men are accused,” added Ensa. “My father has been publicly lynched in the media.”

Many of Cosby’s accusers are black, including Beverly Johnson, a well-known fashion model, actress, and entrepreneur.

“What my father and family had to endure the last few years makes me ashamed of our country today,” said Erinn. “I cannot understand how our society has permitted my father to be condemned so unjustly and cruelly in the court of public opinion without evidence or proof and with no verdict or judgment.”

Bill Cosby has maintained he is innocent of any crimes.

The State of Pennsylvania vs. William H. Cosby Jr. case is scheduled to begin in June.

If convicted, he could face a 30-year sentence in prison.