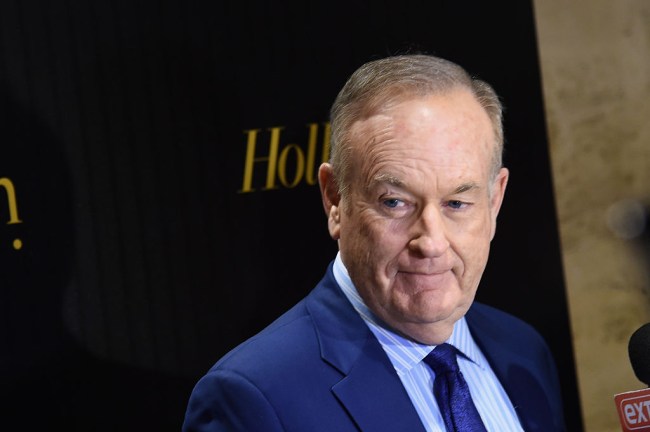 Bill O’Reilly’s ex-wife claimed in a court affidavit that Bill O’Reilly went on a physical rampage against her after she walked in on him having phone sex in their bedroom with his dick out.

According to Jezebel, Maureen McPhilmy O’Reilly described a sudden spasm of violence on a night in December 2009 after she walked in on her husband in their $2.4 million Long Island home. An enraged O’Reilly then “flew into a fit of rage” and slammed her into a nearby wall, leaving a gaping hole one foot across. The disgraced Fox News host then allegedly wrapped his arms around her shoulders, neck, and hands, dragged her out of the bedroom, and down the hall of their home.

He didn’t stop there. The affidavit claims O’Reilly then dragged his then wife of 15 years by the neck down a flight of stairs and through the kitchen, as McPhilmy screamed that he was hurting her. When he entered the kitchen, O’Reilly halted his rampage after seeing a security guard assigned to protect O’Reilly and his family. When the guard asked her if McPhilmy wanted to report the incident to the police, she declined.

Now if these allegations are true or not, I can only speculate. What I know for sure is that Bill O’Reilly is a fucking weirdo if his phone sex prowess is his go-to pickup line. Act like you weren’t born before color TV, bro.