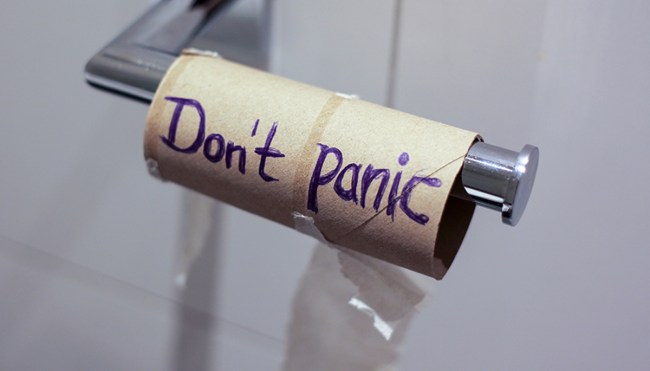 The amount of progress we’ve made, as humans, in regard to wiping our asses, is embarrassing. It’s 2018 and the fact that we’re still shoving paper up there to clean out butthole is absurd and laughable. Look at how far technology has come in recent years — everything from computers to automobiles to video games to communication tools have evolved at warp speed. Yet, we’re still using the same technique for cleaning up post-#2 as they did on the Titanic. I just know that future cultures are going to look back at this time period and laugh at us.

At the very least, we should all be on the same page when it comes to how it’s done. I hate to be the bearer of bad news, but many individuals are still not wiping their asses correctly. That individual could be YOU.

There are many different styles, techniques and variations that an individual could use for wiping their ass after making. It’s way past due that we set down some universal ground rules, because the room for error in this field is larger than you’d think. This is important, so pay attention. 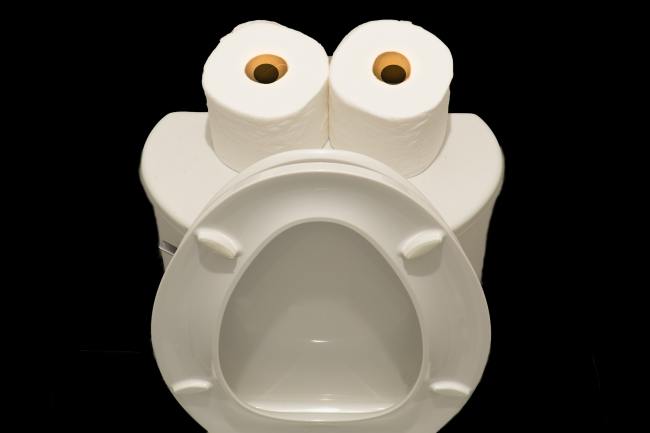 First things first; you wipe until you’re done. This may sound like a no-brainer, but I’ve heard of, and even met, some people who believe in a set number of swipes and they’re done. They just stand up and leave, regardless of their posterior’s status. I cannot stress this point enough; YOU WIPE UNTIL THERE’S NOTHING LEFT. You may ace it and take only one wipe, or it may take you 50, but your job is only complete once you wipe and see that nothing remains.

Which brings me to my next point; it’s OK to look. Some people think it’s gross to take a peek at what they’ve produced so they simply drop it into the toilet without checking. How are you supposed to even track your progress? That’s like an evil villain capturing the hero and leaving him for dead without confirming that their plans were a success. Hint — the plan is never a success! When it comes to wiping your ass, you can’t just assume. You have to stick around and make sure it goes well! So always check to be 100% confident that you’re done. Furthermore, taking a look at where you stand is a great way to estimate what kind of time commitment you’re about to embark on, as well as reminisce about that Cobb salad you had for lunch.

When wiping, it’s important to find a balance between aggressive and weak. If you go too weak, then you’re leaving yourself vulnerable to hidden nuggets that may go undetected and only pop up later in the day when you start to notice your seat smells and you’ve got some inexplicable itching. Nobody wants to have to go back in, feeling defeated, for a re-wipe. Also, you better factor new underwear into your weekly budget if you’re not using enough force. However, you can’t use too much force. We are dealing with paper here, after all. The last thing anyone wants is to be cleaning up back there and suddenly have an index finger that looks like a Twix bar. So, make sure to find your proper middle ground when wiping.

People often ask me “Tyler, how much toilet paper should I be using?” (Alright, nobody has ever actually asked me that) and I always tell them the same thing; “As much as you need.” I don’t recommend going through half a roll every time you sit down, but there is really no limit to your toilet paper usage as long as you don’t clog the toilet. A major factor in the amount of TP you go through is how many fold-overs you do per wipe. Personally, I think three folds is a fair number. This way, you’re not wasting any paper by wiping your ass with a phone book each time, but you’re also creating a fair separation between your hand and the actual muck itself. I’ve met people who use 12 feet of toilet paper per wipe and that’s just unnecessary. 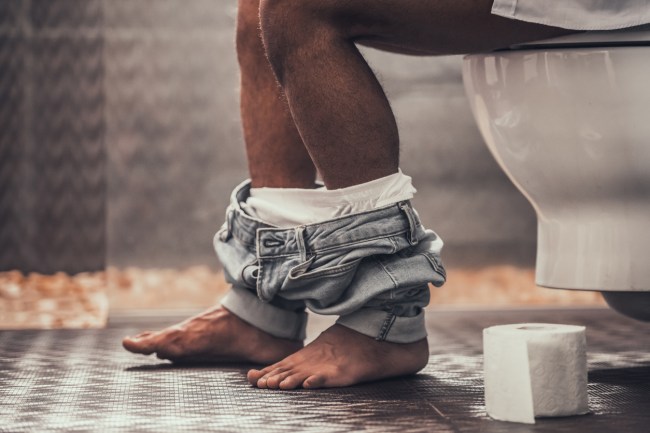 Now that the basics are out of the way, here comes the tricky part: the wiping technique. Let’s break down some of the more popular ones. For starters, there’s The Stand. I would estimate that nearly 50% of people I speak to about the subject admit to standing upright to wipe. This blows my mind. The goal is to keep the butt cheeks spread as wide open as possible during the whole process as to keep things neat and avoid any unwanted squishing. Standing, in my opinion, does just that — It smashes everything together, making it one big, awful mess to clean up.

Another popular technique is The Front Reach. I, for one, could never even dream of attempting this due to sheer size constraints. The Front Reach is when an individual, still sitting on the bowl, reaches their TP-equipped arm between their legs and deep into the bowl, reaching to the back of their ass and wiping forward. I see many issues with this technique. Firstly, I’d be petrified about reaching my arm into that dismal abyss. Who knows how large of a pile I’ve created, and I’m expected to blindly throw one of my most valuable limbs right in there? No thanks. Also, my arm is too big and the access point between my legs is too small for this to function. This is really a specialty maneuver for the smaller individuals. Moreover, I don’t condone the back-to-balls strategy (this applies to ladies as well). I’d rather push the mess farther away from my genitals, not directly at them.

My preferred technique is The Side/Lean/Tilt. If you’re a righty, you’ll want to lean your body over to the left so that your right arm can do its thing. If you’re a lefty, then it’s vice versa. I like this technique because you’re butt gets to remain at least partially on the seat, therefore you can use the bowl to keep your cheeks separated. It’s simple, its easy, and its effortless. Rather than contorting your body and reaching underneath yourself, you simply lean over and bring your hand around as if you were scratching your lower back. Just, you know, a bit lower.

In my opinion, the best practice for wiping is The Snowplow. You ever watch a snowplow work? They push the snow to one side, and then wipe it clear the other way. It’s the same principal. The wiping process starts with one major down-wipe, from back-to-balls, bringing everything down to the bottom of the driveway. Then, on wipe #2, you swipe back up, taking your base pile and everything else along the way with it. This strategy usually only requires 2-3 total wipes.

I highly recommend finishing off each and every doo-doo, regardless of technique, with a wet wipe. There are baby wipes, moist toilettes, medicated wipes; you name it. I’ve recommended this to a number of people and I cannot tell you how many lives it’s changed. A wet wipe to complete the process is like a little miniature shower, only for your sphincter, to keep you feeling refreshed and clean. The industry standard is ‘Dude Wipes’ and you can pick up a pack of 60 for just $15 on Amazon

In conclusion, the way you wipe is more important than you think. There are many techniques to consider and variables to keep in mind. I suggest trying things out and seeing what works best for you, but most importantly; be careful and be safe. It could be a while until something new is developed.